Metz 3-3 Lille: Burak Yilmaz’s injury-time equaliser rescues a point for the French champions as the home side fail to hold on after Boubakar Kouyate’s red card

Defending champions Lille needed an equalizer in the last seconds of stoppage time to secure a 3-3 draw at Metz in a thrilling French league game on Sunday.

Veteran Turkey striker Burak Yilmaz collected the ball in Lille’s counterattack, broke down the left, cut inside a defender and saw his low shot clip the goalkeeper’s leg and loop over the line in the sixth minute of added time.

Yilmaz scored several crucial goals in Lille’s title run last season and celebrated wildly in front of the visiting Lille fans, who saw their side lead 1-0 and then trail 3-1. 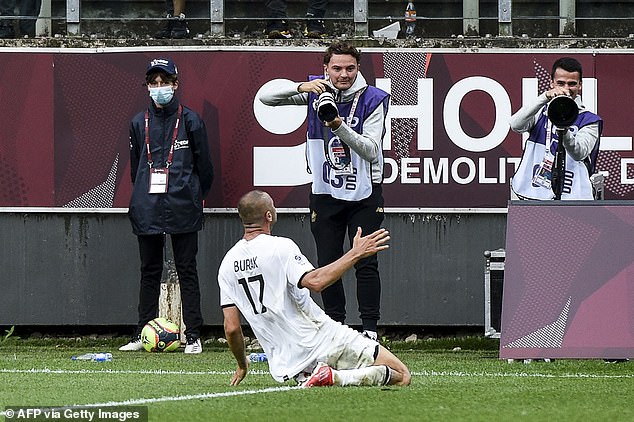 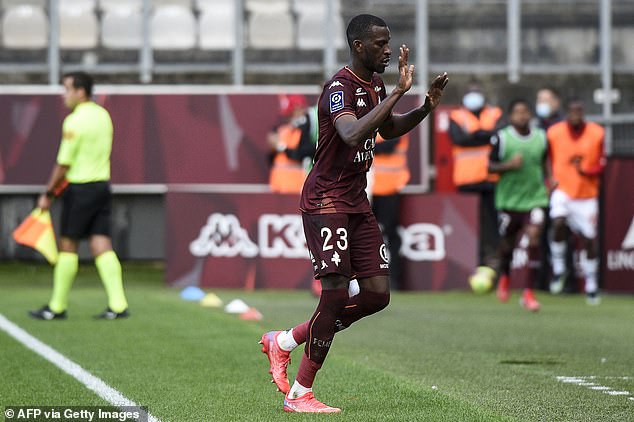 Under new coach Jocelyn Gourvennec, Lille followed up a 1-0 win against Paris Saint-Germain in the Champions Trophy with a sloppy defensive performance that exposed new goalkeeper Leo Jardim.

But a red card for Metz defender Boubakar Kouyate in the 56th minute gave Lille a lifeline, and forward Jonathan Ikone pulled one back in the 81st.

Metz coach Frederic Antonetti took the rare measure of replacing forward Lenny Joseph only 22 minutes after bringing him on. He had lost the ball for Lille’s second goal.

Things started well for Lille when central defender Sven Botman headed in midway through the first half but right back Fabien Centonze equalized in the 31st with a firm header at the back post from Thomas Delaine’s fine cross from the left.

Left back Matthieu Udol put Metz ahead just before the break and the lively Centonze got his second in the 52nd when he pressured Botman in the penalty area, and the defender’s clearance hit Centonze’s leg and flew in. 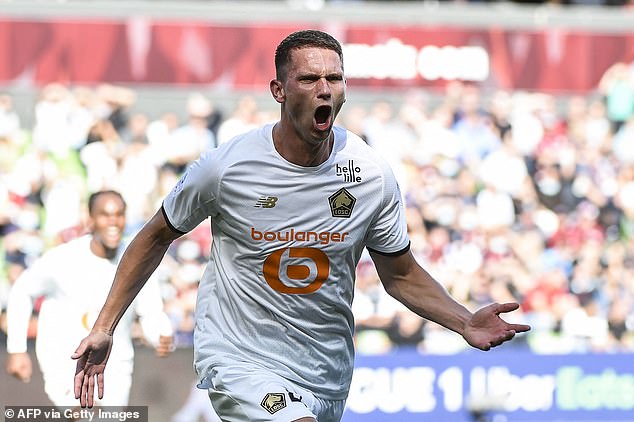 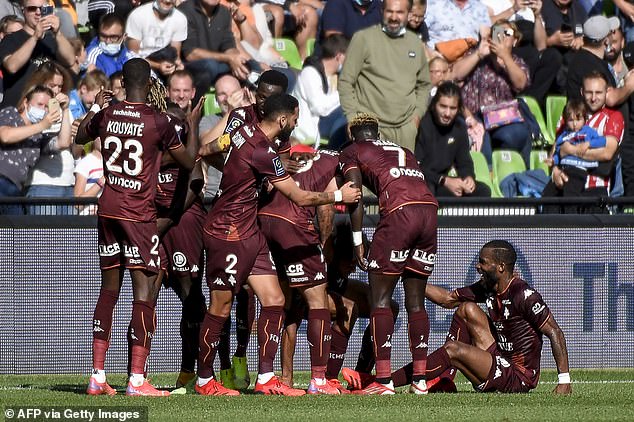 After Kouyate was shown a straight red for a lunge on Yilmaz, midfielder Benjamin Andre headed a goal back but it was ruled offside following a review.

Gourvennec has a lot of rebuilding to do.

Jardim took Maignan’s place in goal after his move to AC Milan.

Moments after Centonze’s goal, Jardim made an outstanding save to his left to keep out Pape Matar Sarr’s strike, but he struggled to command his area at times.

Later Sunday, Marseille was without striker Arkadiusz Milik for the match at Montpellier. 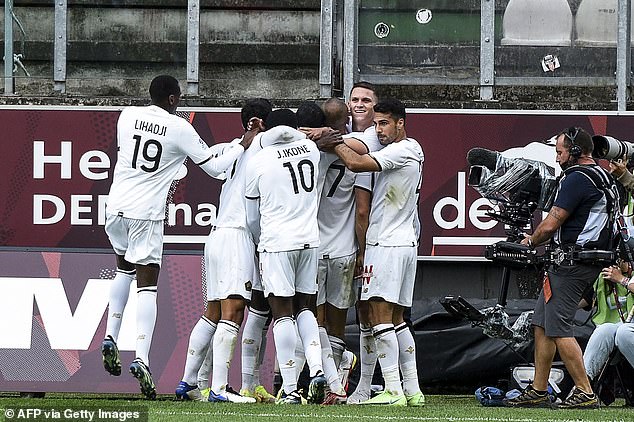