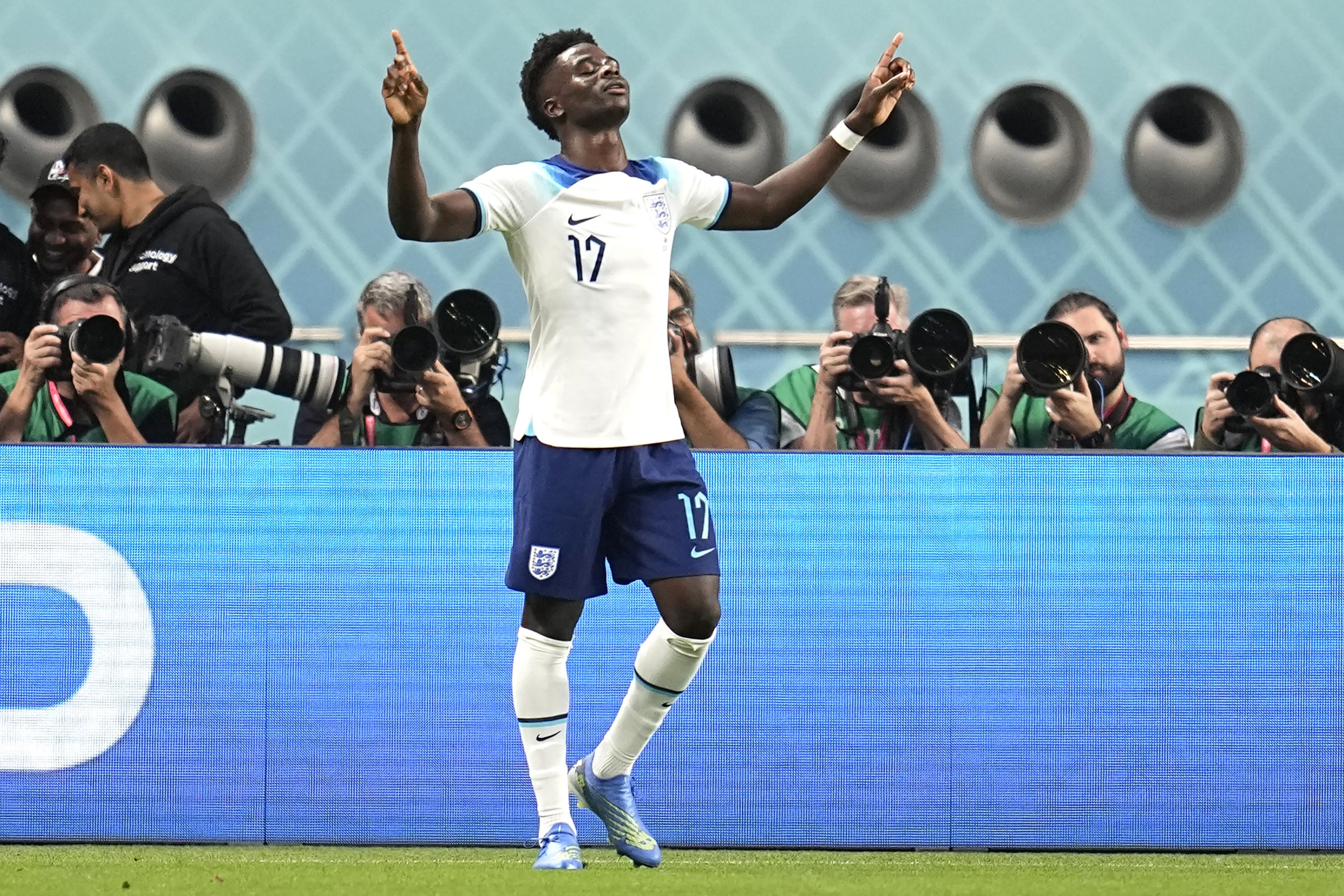 Micah Richards has praised the character of Bukayo Saka after he was named man of the match in England’s World Cup win over Iran.

England kicked-off their campaign in Qatar by thrashing Iran 6-2, with Saka scoring his country’s second and fourth goals, both of them stunning strikes.

They were Saka’s first major tournament goals, and came just 18 months after the Arsenal forward was subject to a tirade of racial abuse following the European Championships.

Saka, along with Marcus Rashford and Jadon Sancho, missed their penalties in England’s shootout final defeat to Italy at Wembley, and subsequently received horrible online abuse, followed by widespread messages of support from within the football community and the general public.

Since then, the 21-year-old has gone from strength-to-strength on the pitch, helping Arsenal to the top of the Premier League before the season was paused for the World Cup.

And after a standout performance in Qatar, Richards hailed the strength of Saka’s character to bounce back from what happened last summer.

‘He’s started the season brilliantly for Arsenal and he’s brought that to the England squad – wonderful,’ the former England and Manchester City defender told the BBC.

The 21-year-old just casually doing this at a World Cup!

ð»ð¥ð± Watch on @BBCiPlayer, listen on @BBCSounds, get more on the @BBCSport app#BBCFootball #BBCWorldCup pic.twitter.com/XMDz06vaiV

‘Having gone through that little bit of adversity and then having the character to bring it round and then perform like this, just shows you what sort of player and character he really is.’