‘If he’s got Jordan Henderson in the team, I think we see a different player’: Michael Owen praises the role Jordan Henderson plays in acting as a safety net for Trent Alexander-Arnold after Liverpool’s 2-0 win over Rangers

Alexander-Arnold’s name has rarely been out of the headlines in recent weeks as the defender’s place in England’s World Cup picture looks in doubt, but he put that all to one side to open the scoring in the Reds’ 2-0 victory.

He put the struggles of last weekend’s 3-3 draw with Brighton and Gareth Southgate’s England snub behind him to curl in a stunning free-kick to give Jurgen Klopp’s men the ideal start at Anfield. 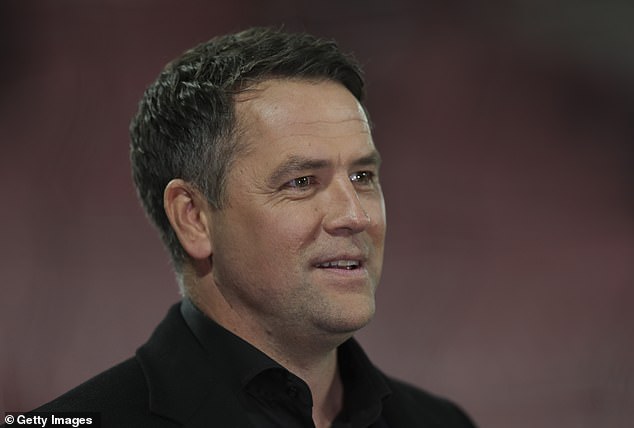 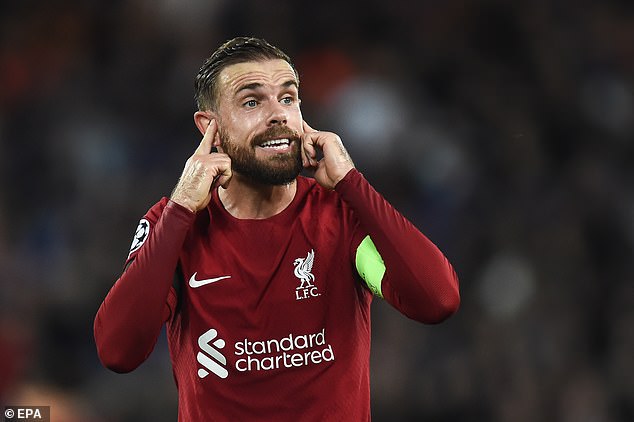 Mo Salah wrapped-up the game with a second half penalty, but it was the performance of Jordan Henderson that pleased former Liverpool star Owen.

Praising the way he stepped in for Alexander-Arnold anytime the 23-year-old bombed forward, in what was like a safety net role for the skipper and his Liverpool team.

‘I thought Jordan Henderson was key today’. The BT Sport Pundit said after the game. 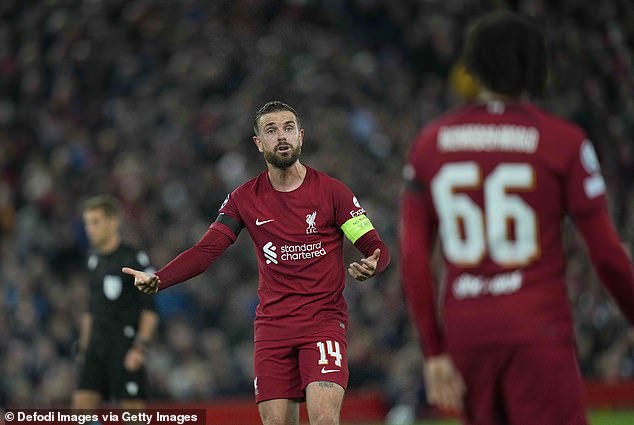 ‘You saw the shape he was playing, in the first-half he was filling in for him every time he went forward. To have that insurance behind you when you’re going forward must be a great thing.

‘He gets in forward positions and that means there’s a gap there but when someone’s plugging it, it means he doesn’t have to worry about what’s behind him and that’s key. If he’s got Jordan Henderson in the team, I think we see a different player.’

Henderson confirmed he’d been given the task of filling in for his team-mate if he were to venture forward, stating that he didn’t have to do too much covering and was happy to let Alexander-Arnold effect the game further up the field. 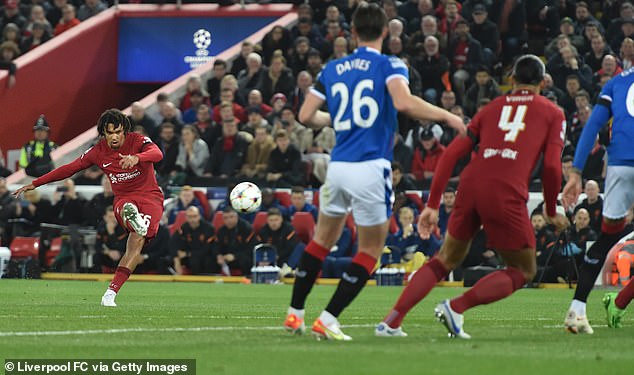 Henderson said: ‘I think you’ve got to give Trent the licence to get forward at times and produce what he can produce in the final third. I thought he was good defensively tonight, he done the basics well and overall, I thought it was a really good performance – I didn’t have to cover much.’

The win sees Liverpool sit second in Group A, three points behind leaders Napoli, and with a trip to Ibrox for the Reds next week.

Napoli continued their one hundred per cent start to their Champions League campaign with a 6-1 thrashing of Ajax.

England vs Scotland live stream: How to watch Euro 2020 fixture online and on TV tonight