For a brief moment, there were fears that UEFA had messed up the Champions League draw for a second time on Monday.

Michael Owen, who was watching on as a pundit for BT Sport, suggested an error had been made after Villarreal had been pulled out of the hat.

UEFA ruled that Villarreal could only face Juventus and not Liverpool or Real Madrid out of the remaining teams in the tournament. 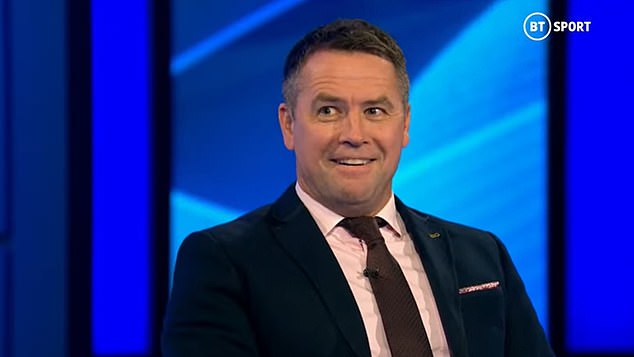 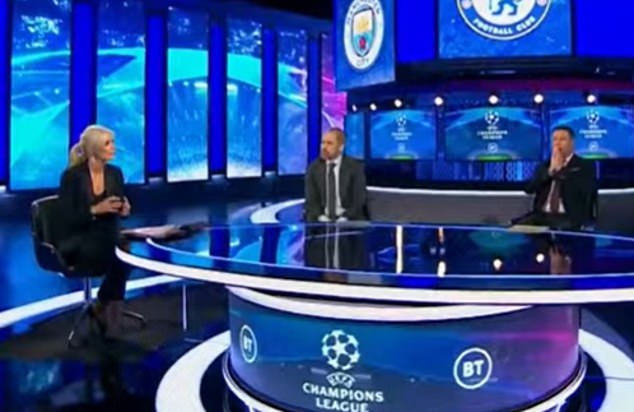 As the camera cut to the BT Sport studio, Owen can be seen with his hands over his face

At first look, there seemed to be no reason for Villarreal not to be drawn with Liverpool and Owen was quick to question the outcome on BT.

‘I thought it was (wrong again),’ Owen, who could be seen holding his hands to his face in shock, said. ‘It could easily be me but I can’t think of a reason why Liverpool, at the end it says they (Villarreal) can only play one team. And I’m sure Liverpool could have played them as well. They weren’t in their group.

‘The only way is if none of the other teams could have played the other two teams, then Liverpool had to.’

But it soon emerged Liverpool couldn’t be drawn against Villarreal because it would have left Inter Milan with only Real Madrid, who were in the same group, or Juventus who are in the same country. 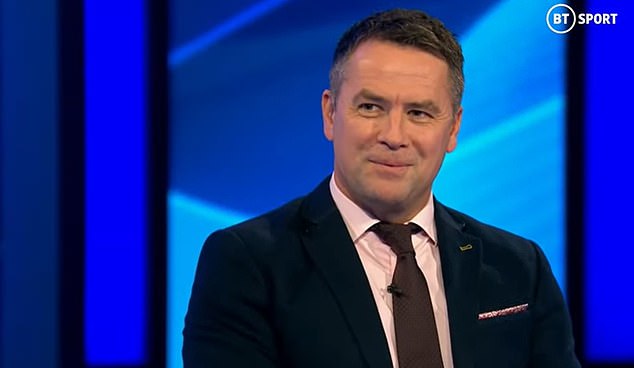 ‘You had me panicking there Michael! You can understand why we were skeptical after what happened earlier,’ BT Sport presenter Lynsey Hipgrave said.

Earlier in the day, the first Champions League draw was ruled to be void after Manchester United were erroneously pulled out of the hat to play Villarreal, who they had already played in the group stages.

The two rules of the draw state clubs can’t play teams they faced in the group stage or teams from the same country.

Liverpool were then soon drawn against Inter Milan, meaning Jurgen Klopp’s men face a second trip to the San Siro after playing AC Milan in the group stage.

Man Utd next manager: What five bosses think about taking job if Solskjaer gets sacked