West Ham twice came from a goal down to start their Premier League campaign with a 4-2 victory against Newcastle in front of a bumper 50,673 attendance at St James’ Park.

Callum Wilson and Jacob Murphy struck either side of Aaron Cresswell’s 18th-minute leveller to put the hosts 2-1 ahead at the interval, after which three Hammers goals in 14 second-half minutes settled the contest.

Said Benrahma dragged the away side level again before Tomas Soucek put West Ham ahead for the first time, reacting quickly after Michail Antonio had seen his penalty saved by Freddie Woodman on his Premier League debut.

Antonio struck beyond the young goalkeeper soon afterwards as West Ham avenged a pair of defeats by Newcastle last season, with boos from the home support at the final whistle underlining the task facing Steve Bruce.

It has been a frustrating summer for the Magpies head coach and while he added to his squad with the acquisition of Joe Willock, unveiled to a deafening reception before kick-off, he was unable to call upon the midfielder, who was not registered in time for this fixture.

David Moyes, who guided West Ham to a surprise sixth-place finish last term and Europa League football, has also endured what he termed a “difficult” window although they were well worth their three points on Sunday.

Miguel Almiron was alert at the near post to block Soucek’s header in a frenzied start, where Newcastle took the lead in the fifth minute through their new number nine’s header, continuing his fine run against the Hammers. 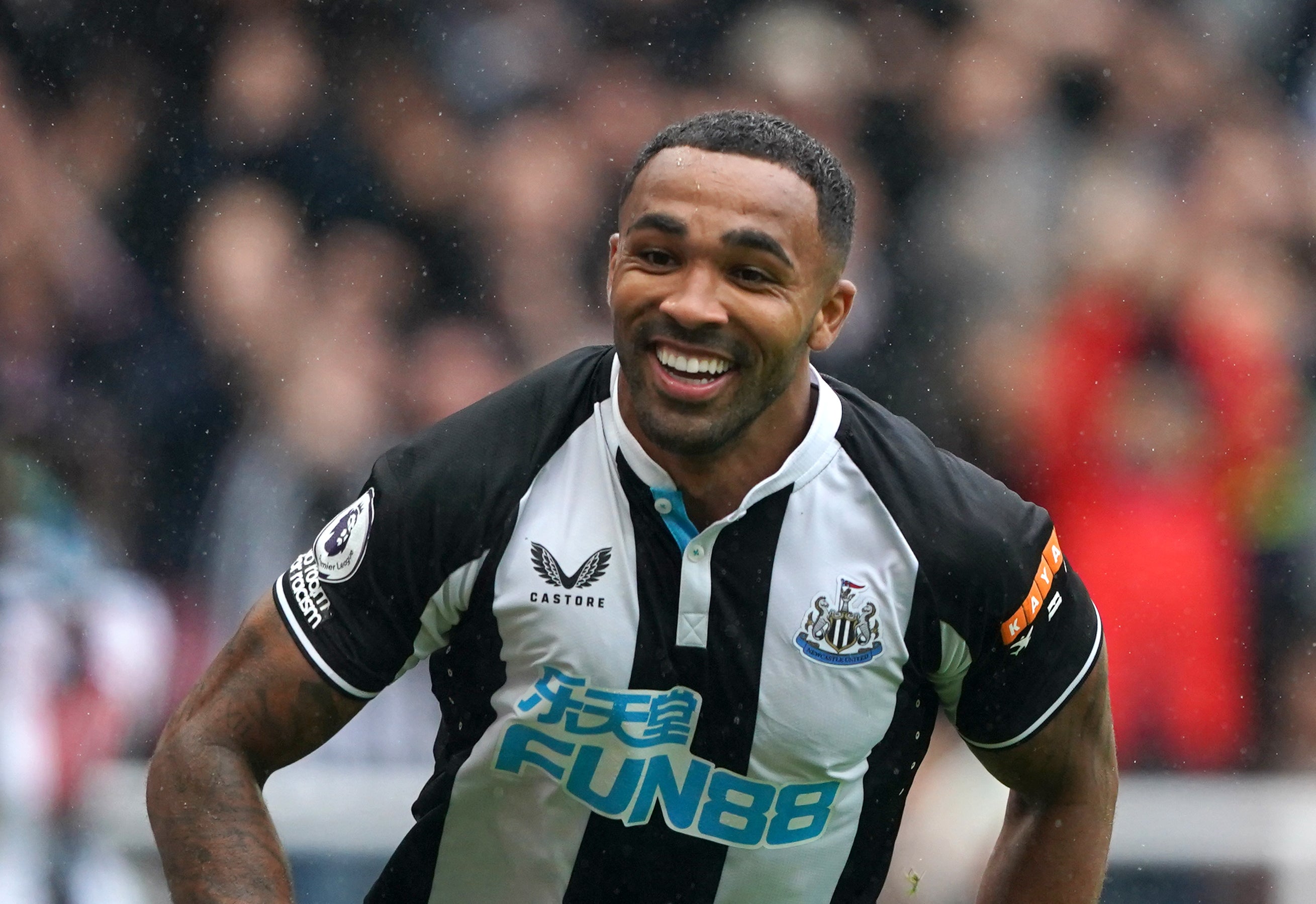 Allan Saint-Maximin was the architect, twisting and turning with abandon on the right to confound Declan Rice before an inch-perfect cross allowed Wilson to bag his ninth goal in 11 career top-flight games versus West Ham.

Moyes’ side rallied and deservedly equalised, albeit in fortuitous circumstances as Cresswell’s teasing low ball drifted beyond the outstretched leg of Soucek before Jarrod Bowen tapped in after the ball had crossed the line. An offside flag was raised against Bowen but the goal stood after consulting the video assistant referee.

Bowen had an excellent opportunity after ghosting past several Newcastle defenders only to be denied by Woodman, whose godfather and England boss Gareth Southgate was watching on.

Wilson’s audacious backheel was kept out by Lukasz Fabianski while Almiron’s shot deflected on to the top of the crossbar. 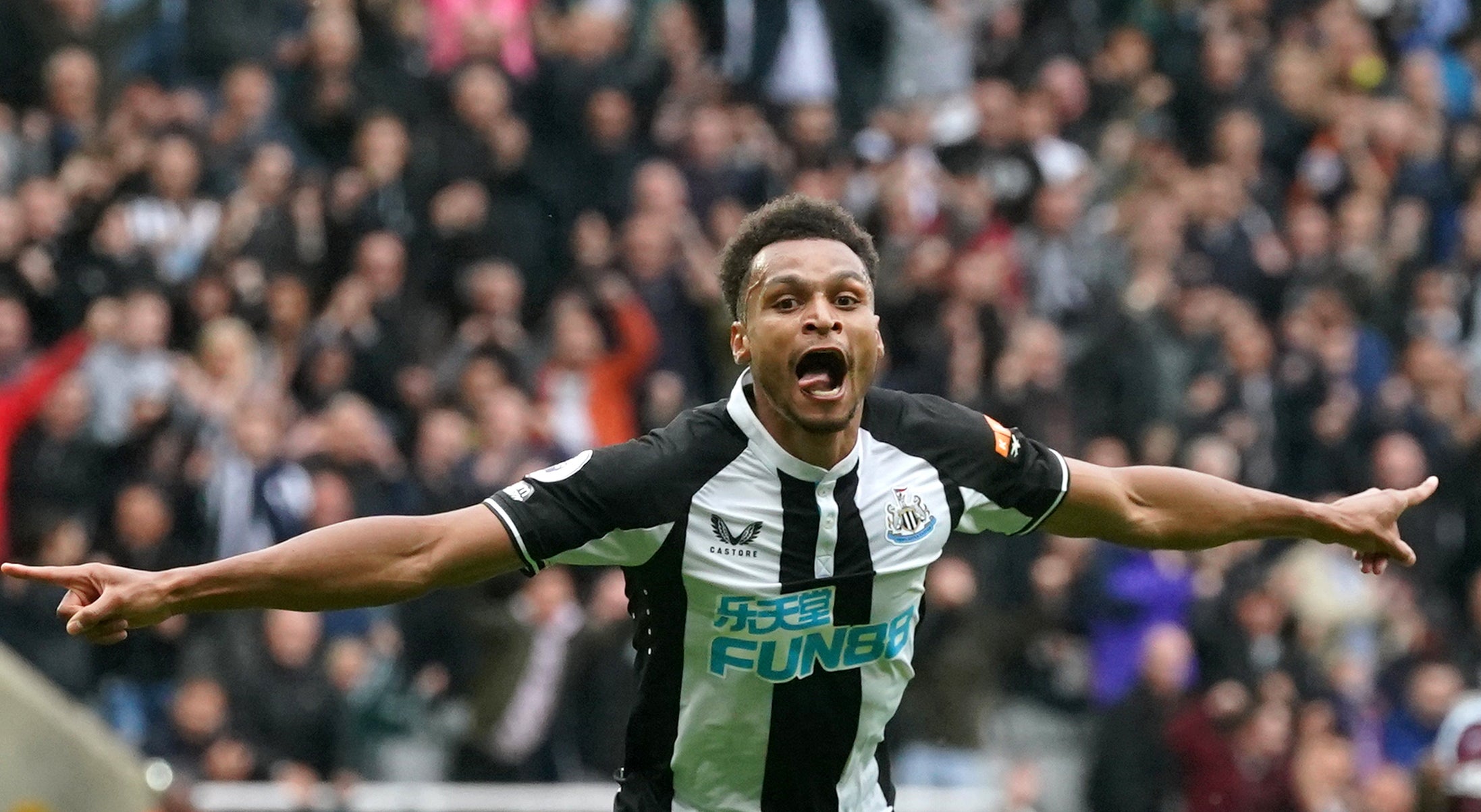 But Newcastle retook the lead five minutes before the end of an entertaining first half as Murphy stooped to head home after Matt Ritchie’s cross from the by-line had just evaded the leaping Wilson.

West Ham hit back again eight minutes after half-time, with Benrahma getting in-between two defenders to head in at the back post following a cross from Antonio, who did well on the left after initially miscontrolling.

Antonio then saw a bullet header cannon off the bar and ricochet into Murphy, who scythed down Pablo Fornals in the area in an attempt to claim the loose ball. Referee Martin Atkinson pointed to the spot and while Woodman guessed right to save Antonio’s effort low to his left, Soucek was first to the rebound and bundled in after 63 minutes. 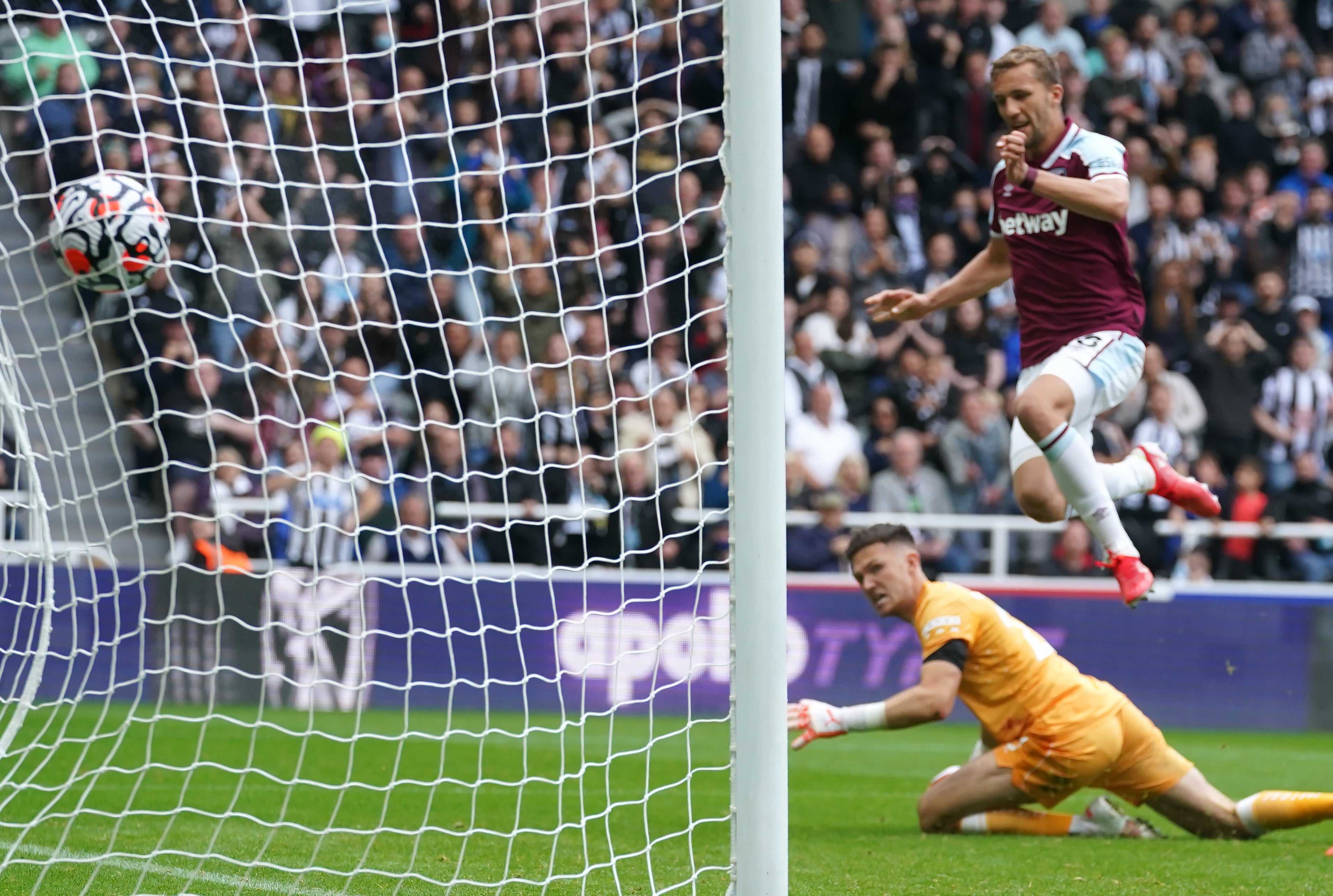 It took only another three minutes for West Ham to seize complete control as Antonio finally got on the scoresheet on the counter, getting the ball on to his right foot and drilling low into the corner beyond a helpless Woodman.

Newcastle huffed and puffed thereafter, with substitute Ryan Fraser seeing a shot just miss the target, but the Tynesiders found stubborn resistance from West Ham and a substantial amount of jeers greeted the final whistle.