Two of Neil Warnock’s summer signings found the net for the first time in a Middlesbrough shirt to make it a memorable afternoon for the old campaigner at the Riverside Stadium.

The 72-year-old didn’t want to leave the pitch after the final whistle, orchestrating cheers from the home fans following the 2-1 win over Nigel Pearson’s Bristol City.

It was the first time Warnock had overseen a Middlesbrough game in front of a crowd at the Riverside despite taking over in June last year. 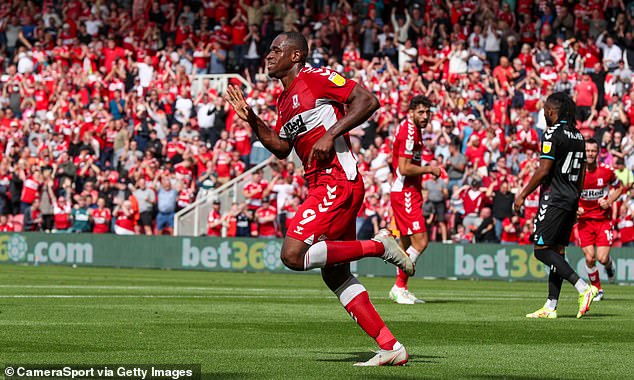 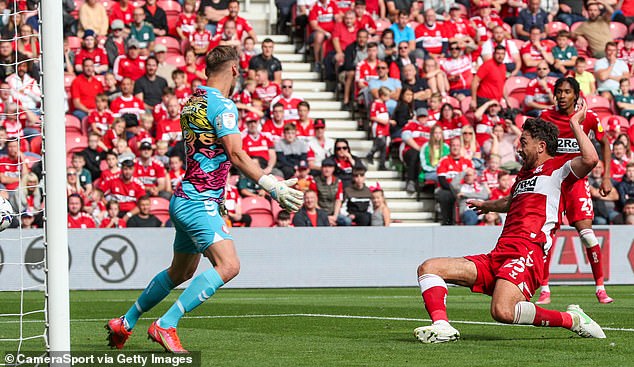 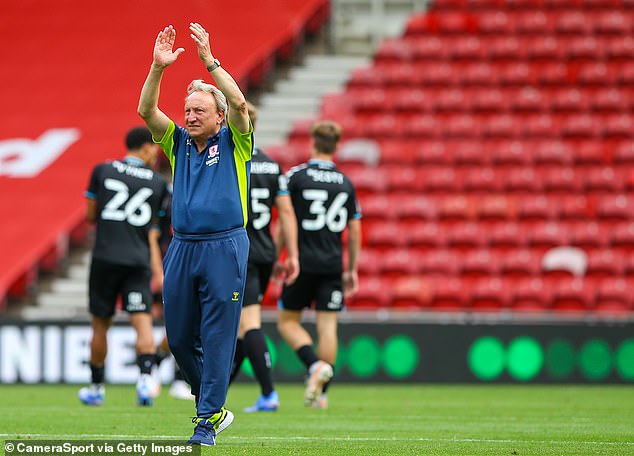 Goals from Uche Ikpeazu and Matt Crooks, signed from Wycombe and Rotherham respectively, in the 38th and 70th minutes sealed the points.

Ikpeazu scored when he turned in Isaiah Jones’ low cross, while Ikpeazu’s knock down was turned in by Crooks from close range for the winner.

Warnock said: ‘I was gobsmacked before kick-off when I came out, it was an amazing sight, that is why I am in the game. I have been here I don’t know how many months, and that’s what I have been waiting for.

‘I went to clap them after the game, they were all over the shop. It was fabulous. Everywhere deserved a clap, they contributed all over the ground.’

Pearson said: ‘We were We had enough possession, opportunities in the game to get something out of it.

‘After fighting to get back into it we conceded a very sloppy second. The first half we were careless, relatively comfortable but our possession wasn’t what I would expect it to be. Back to work.’

Slavia's Kudela 'attacked and beaten' after accusation of racial abuse