MIKE PODBIELSKI: Mumbles Rangers is such a big part of my life and I still love every moment… this club is a focal point for the community and all the players have a great affinity with it

In 2002 two or three of the committee members said: ‘We need a secretary, you’ve got a good association with the club — would you consider doing it?’

That was over 18 years ago and I’m still doing it now. It’s taken over my life really.

I’m originally from Swindon, was a land surveyor with Ordnance Survey and following a promotion I came to Swansea in 1986 with my wife June and two children, Clare and Andrew.

I’d played football back in Swindon and joined the local club Mumbles Rangers in 1988, firstly as a player. A year or two after that, when my son was six he joined the junior section. 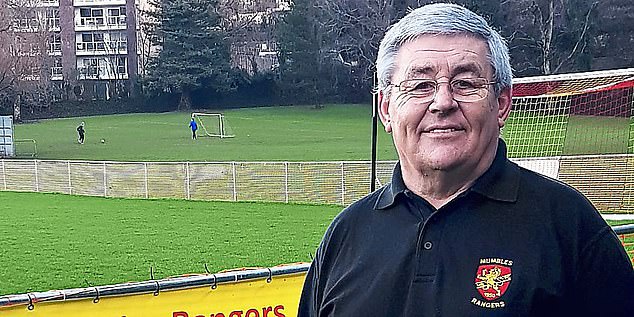 I got involved in the coaching and took over my son’s Under 7s, went all the way through with them to Under 16s and became joint manager of the fourth team.

I just got embroiled in the club. It’s a great club with a fantastic history.

It was set up by Billy Johns, a severely disabled boy who started off the original team in the 1949-50 season. The story is quite inspirational.

Being involved with the club, like any organisation, it grows on you over time. I’ve always felt a very integral part of it, it’s been a big part of my life and I love every moment of it.

How did I balance it with the day job? You want to ask my wife that! She was brought up in a sporting family so she understood and is very supportive. I used to come home, we’d have tea and then I disappear into my office to do something to do with football. Quite a lot of time is devoted to it, so much so that my daughter makes a joke about it now to my grandkids.

The club play in Underhill Park and have what is not a conventional clubhouse but basically changing rooms, called Billy Johns Clubhouse.

Every time I see my granddaughter Pollyanna or speak to her on Zoom she says: ‘Oh, you’re not down Billy’s Park then?’, because sometimes I spend more time down there than I do at home!

The club is a big part of my life. But I’m only a small cog in a bigger wheel. We’ve got 100 or so coaches and volunteers because we now have 36 teams and they’re all doing well in the sense that they are all functioning and self-sufficient.

The club has grown immensely. It’s well-known and one of the largest in Wales. Last season we had over 550 players all told, with juniors, male and female teams. 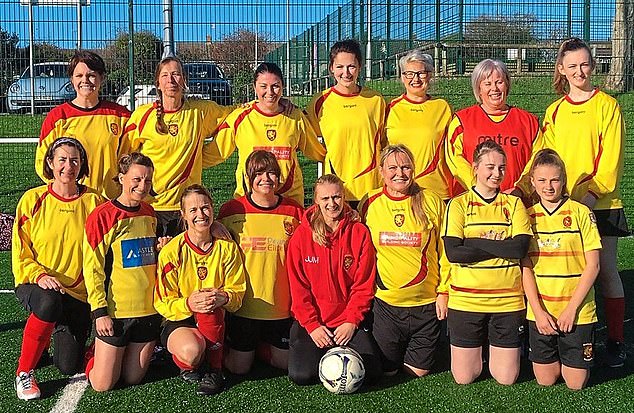 I’m very proud of that, as is everyone who is involved. The club is a focal point for the community and all the players have a great affinity with it. Wherever you go in Swansea or the surrounding areas, see a match and our distinctive yellow kit and you know it is Mumbles Rangers.

It’s difficult to quantify how varied my role is. I’ve got the overview and people come to me with questions and I go off and find the answers. It’s not always as simple as that, mind.

The most satisfying thing is knowing the club is moving forward. We are now an FAW Platinum Accredited club, the highest standard, and there are various criteria that need to be achieved for that, for example, in terms of the coaches we have.

We have entered the new West Wales Premier League this season for the senior team which puts us in tier four of the Welsh pyramid structure.

Providing we meet various criteria, such as the standard of the ground, we can, in theory, move through the leagues. This season, though, has not really got off the ground. The kids are missing out on sport and recreation which affects their general wellbeing and mental health.

I’m no hero, even though somebody might have nominated me. I just want to do a good job to make sure the club functions and we do everything that is required.