Mikel Arteta saw Arsenal leave Olympiacos in charge of their Europa League tie following a good win – but admitted his side were once again their own worst enemy as a defensive error almost proved costly.

The Gunners will defend a 3-1 lead at the Emirates Stadium next week and were good value for their round of 16 first leg win in Greece.

Martin Odegaard’s first Arsenal goal had them ahead only for another defensive calamity to gift Youssef El-Arabi the equaliser just before the hour.

Just like in Saturday’s draw at Burnley, Bernd Leno played the ball short and into the feet of Dani Ceballos – fresh off the bench – who was robbed of possession – allowing El-Arabi to finish past an out-of-position Leno.

Arsenal were rocked but recovered well and would hit two goals in six minutes as a Gabriel Magalhaes header and a fine strike from substitute Mohamed Elneny earned a good victory. But it was the ability to shoot themselves in the foot which Arteta addressed after the game. 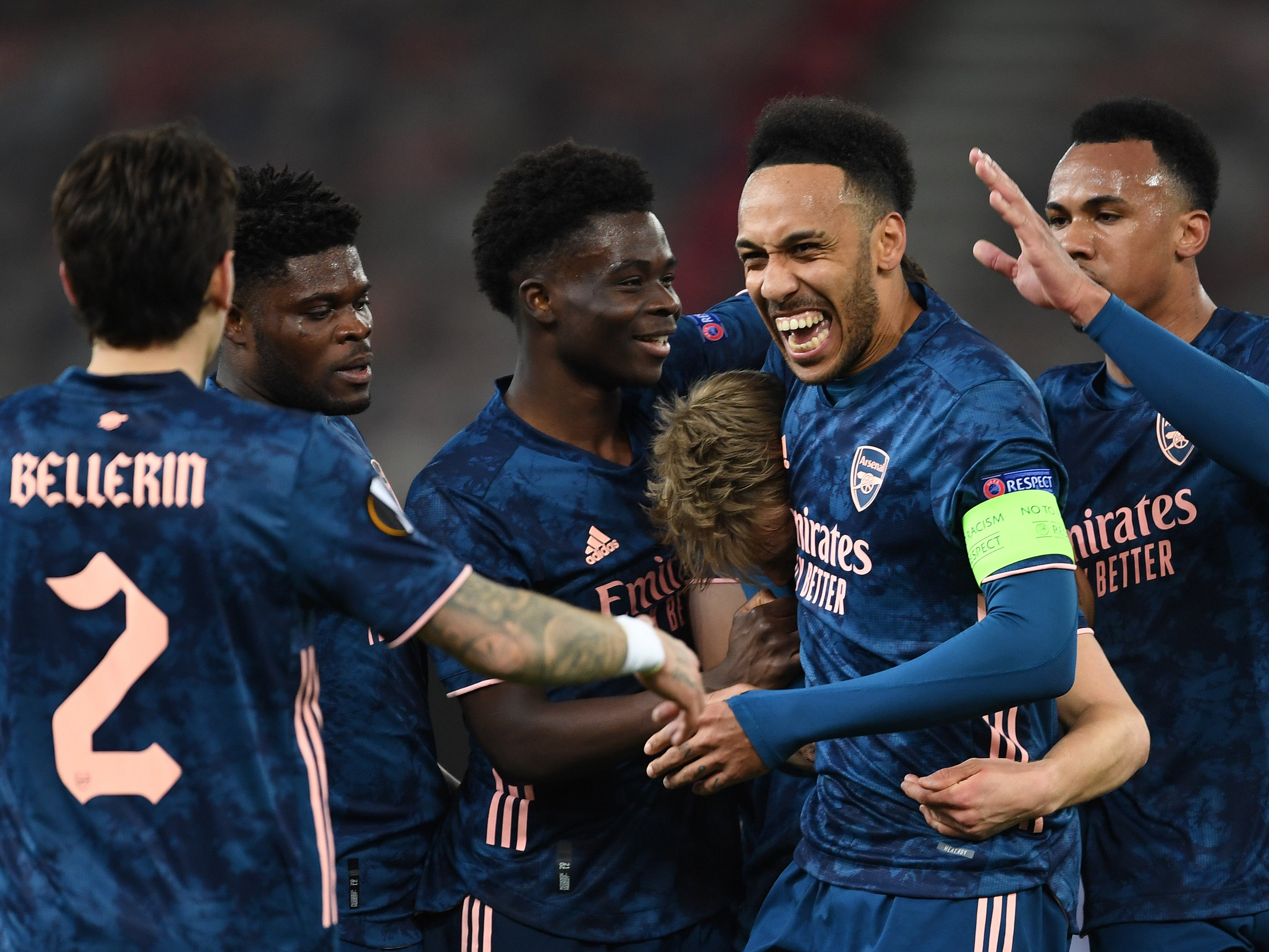 Arsenal celebrate their victory against Olympiacos

“That’s really positive because the moment we stop it obviously we are going to be even stronger. But the reality is we have to stop it immediately because if not the games are all the time there to drop points.

“But it is my responsibility, I make them play the way we want to play. It is just understanding the risk and rewards, when they are, the balls that we have to play and, as I say before, when.

“We have to get better at that, because if not it creates tension, insecurity and it creates belief in the opponent – and it is unnecessary.”

While Arsenal were punished only once for poor defending, Arteta felt his team presented the hosts with two further chances to score and admits that needs to be addressed if they are to improve their current standing.

“We are really pleased with the result, with the goals and the way we played in big moments in the game,” he added. “But as well, we have to be very clear an honest with ourselves. We gave three goals to the opponent, they took one and at this level they are going to punish you.

“If we want to go to the next level we have to stop doing that and be more ruthless. When you are that dominant and playing that well, just kill the game.”

With a north London derby encounter at home to Tottenham on Sunday, Arteta confirmed all of his substitutions during the game were tactical rather than due to injury.

Frank Lampard 'lost it' with Chelsea players in dressing room