Mikel Arteta has admitted his Arsenal side were ‘not good enough’ after a 2-0 defeat against newly promoted Brentford on Friday.

The Gunners were beaten 2-0 at a raucous Brentford Community Stadium in the first match of the new Premier League season.

And Arteta told Sky Sports that the performance was lacking, before apologising to their fans following a limp performance. 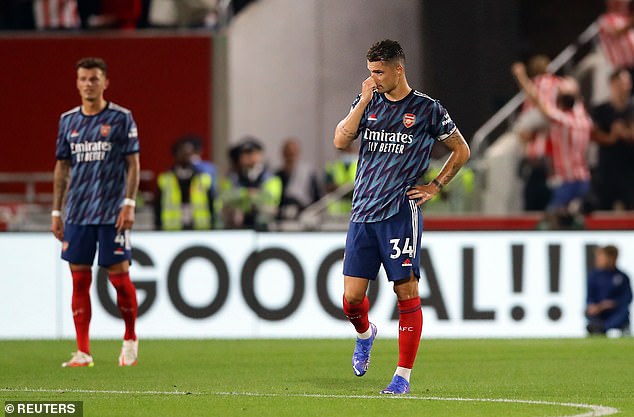 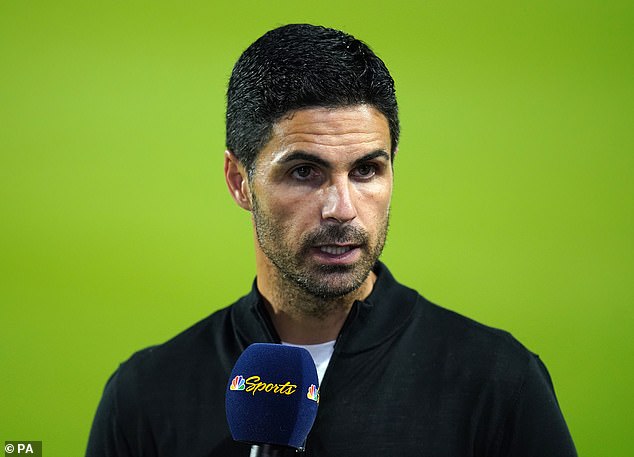 He said: ‘I’m disappointed. It’s not the way we wanted to start the season. We didn’t start well, conceding a goal in an isolated incident. We didn’t cope well with the second balls or long balls. And that’s all they needed to create problems for us. Then we conceded from a long throw.

‘The biggest worry was our threat in front of goal. The amount of times we got around the box and got in great situations but it wasn’t enough threat or shots on target. If you don’t do that in the Premier League then you won’t win.’

Sergi Canos scored in the first half before Christian Norgaard headed home after the break, with Arsenal complaining that the ball had gone off the pitch before the opener and that Bernd Leno was fouled before the second goal. 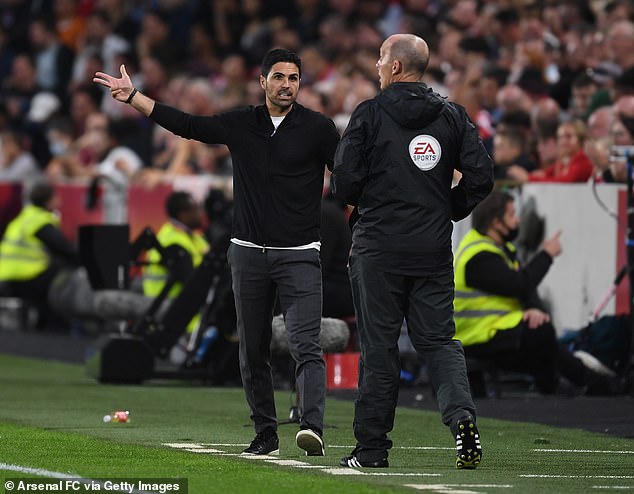 However, the north London side could not pretend they deserved anything out of the game, and despite having more possession created little in attack apart from chances created via the effervescent Emile Smith Rowe and left back Kieran Tierney.

Arteta added: ‘I don’t want excuses – we missed players but I don’t like to hide. We were not good enough to beat them. We did not do the basics. We have started in a disappointing way but we will review and speak with cool heads and try to put it right as soon as possible.’

‘First of all, thank you because of the support that they are giving to the team, the travelling fans that were here. And after that, I apologise for the result and we know that we have to improve. We have two big games coming up right now and we need a different performance to get a different result.’

Leyton Orient's Carabao Cup clash with Tottenham is CALLED OFF