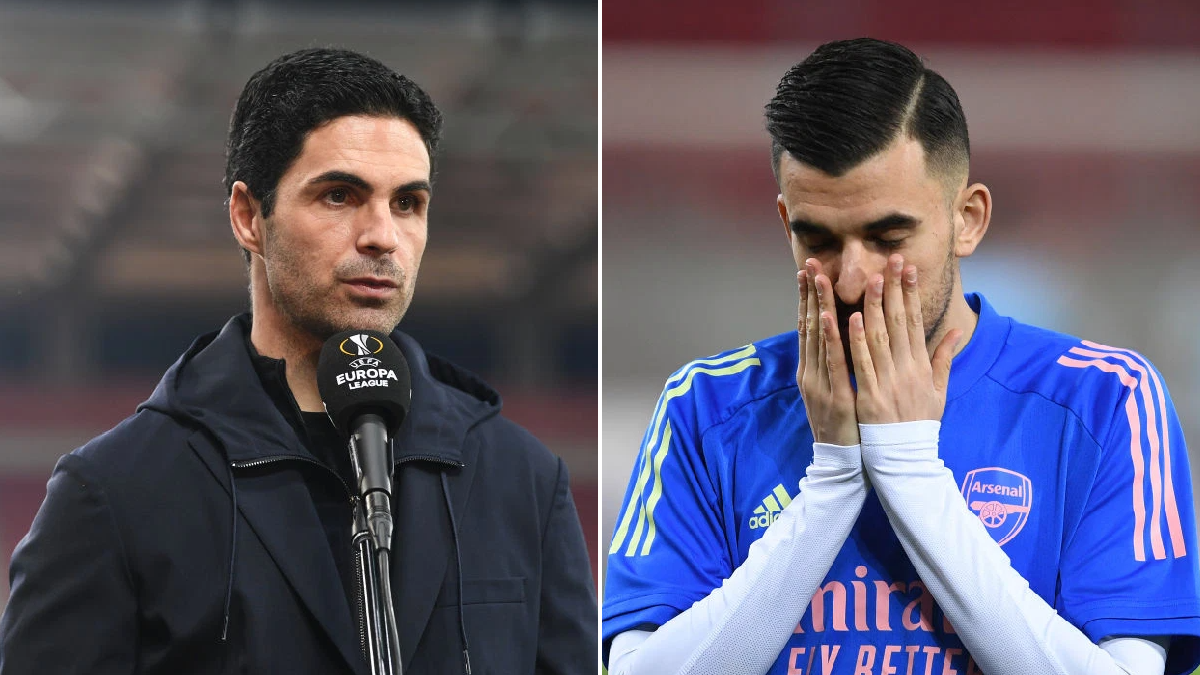 Mikel Arteta has warned his Arsenal players they must cut out their mistakes but refused to criticise Dani Ceballos and says he was delighted the midfielder’s error against Benfica did not prove costly.

The Gunners survived a mammoth scare in the ‘home’ leg of their Europa League last-32 clash in Athens, coming from 3-2 down on aggregate to win 4-3 and book their place in the next round.

Ceballos was criticised for his display, giving away the free-kick from which Benfica netted their first goal and then under-hitting a back pass that allowed Rafa to nip in and put the Portuguese side ahead.

Although Arteta was frustrated to see his side gift yet more chances to the opposition, he did not call out Ceballos and was pleased that the midfielder’s teammates were able to bail him out.

‘I think everybody wanted to do it especially for Dani as well because he’s a player that lives this profession in an incredible way, it’s the most important thing in his life,’ Arteta told BT Sport after the game.

‘If we hadn’t been through because he made an error it would have been really tough for him, so that’s when you need your teammates to produce what they’ve done. So especially for him I am so happy.’

Arteta added in his press conference: ‘He really loves this game and he did everything to be prepared. He doesn’t have a 10-year contract at the club, he’s on loan and still defends this club in the best possible way. I feel someone like him deserves good things happen to him.’

On the error, he explained: ‘It was the moment where I think we were more composed, more relaxed and more dominant in the game.

‘But again out of nothing it was a corner for us, the goalkeeper catches the ball, they are on the break and we are in control and they score. But this is football and it can happen, and it’s about how you react.

‘In this competition if we want to have any chance of winning it we have to go through difficult moments and overcome them and I think today was a really good example for us of how to do it.

‘I’m really, really proud of the team. Obviously we’ve made it really difficult for ourselves throughout the tie because we should have been here today with a much bigger advantage after what we produced in the first game.

‘And then again today we conceded two shots on target and two goals, one was an extraordinary free-kick and the second one by making a big mistake that could have cost us the tie.

‘But I am very happy for the team, I think they showed a lot of courage, personality and desire to win, and I think it’s an important moment for us today.’