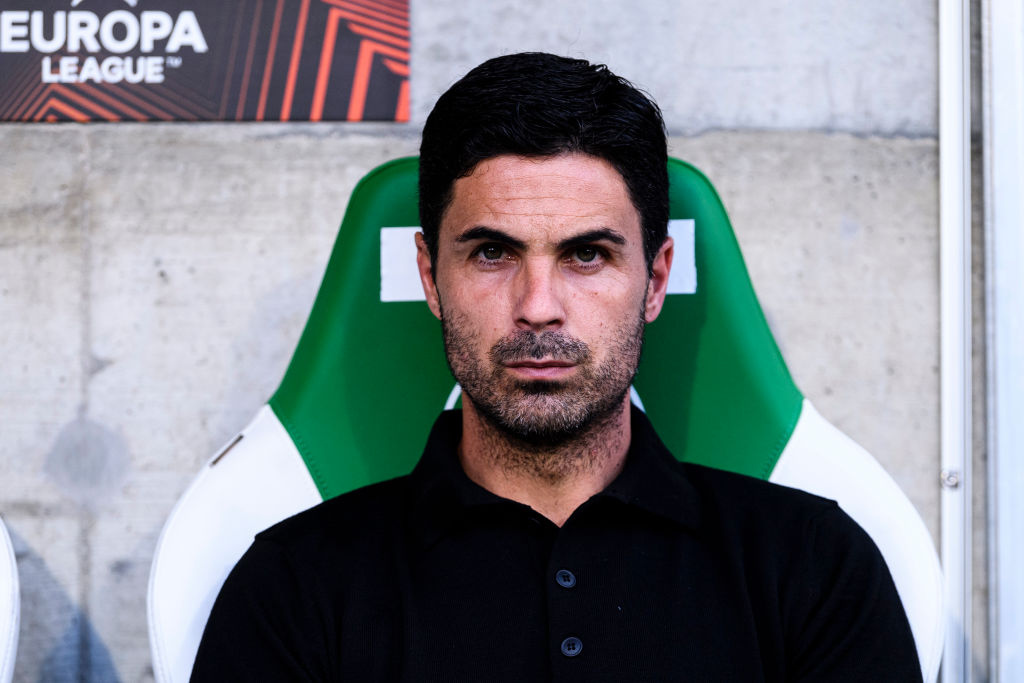 Mikel Arteta insists his Arsenal team have ‘a lot’ to improve on after Arsene Wenger heaped praise on the Spanish manager’s team.

Arteta’s side sit top of the table after winning five of their first six games this season, a stark contrast to their run of three consecutive losses at the start of the 2021/22 campaign.

The former Manchester City assistant coach also picked up the Premier League manager of the month award, becoming the first Gunners boss to win the August iteration of the prize since Wenger in 2004.

Wenger, the legendary former manager of the north London club, coached Arteta as a player and helped inspire him to take up a career in management.

Giving his thoughts on the current Arsenal side, Wenger claimed the team had ‘no weak position’ and insisted they shouldn’t be ruled out of the title race this season.

‘I would say they are moving in the right direction,’ he said.

‘I honestly think there is no weak position in the team… they are young, promising players and they have bought well this year.

‘There is no completely dominating team this season and Arsenal has a chance with the potential that is there.

‘We used to be in the top four and why not again? You cannot even rule out the fact that they can fight for the title and hopefully they can do it.’

Reacting to the Gunners legend’s claim, Arteta told Sky Sports: ‘It’s great to hear that from Arsene after being with him every single day!

‘But I see a lot of things that we still have to improve on and get better at. We are heading in the right direction but we can become much, much better.’