Arsenal boss Mikel Arteta has hinted at more transfer activity at the club over the next few days before the January window closes on Monday (11pm). The Gunners have been busier than most Premier League sides this month, bringing in both Martin Odegaard and Mat Ryan on loan from Real Madrid and Brighton respectively.

Odegaard was handed his Arsenal debut against Manchester United on Saturday, coming off the bench in the latter stages in the 0-0 draw.

Ryan meanwhile is yet to make his first appearance since making the switch from Brighton.

And there continue to be players linked with a move to the Emirates with the transfer window closing very soon.

Emi Buendia reportedly remains a top target for the Gunners, but outgoings look more likely to occur than any more new faces at the club. 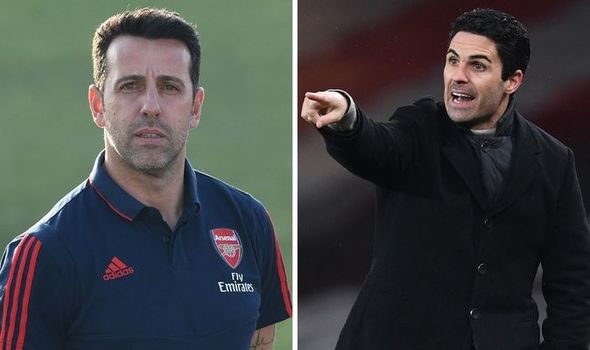 Arteta has already trimmed down his wage bill significantly this month with both Mesut Ozil and Sokratis being released.

William Saliba and Sead Kolasinac have also left on loan with a number of players also set to leave on a temporary basis.

Ainsley Maitland-Niles, Shkodran Mustafi and Reiss Nelson have all struggled for game time under Arteta this season.

It’s been reported that the three could be set to leave before Monday’s deadline, and Arteta has revealed that “conversations” are being held.

“There are some conversations that are going on,” he said.

“They want to improve their situation and we need to help some of them. I don’t know whether that’s going to be the case or not.”

While there is still some focus on getting their transfer business finished before the January window closes, Arteta will have been delighted to see his side continue their unbeaten run.

The Gunners have also kept five clean sheets in their last seven games to help them leapfrog above Chelsea into eighth.

For United, it was a chance missed to keep the heat on Manchester City at the top of the table. 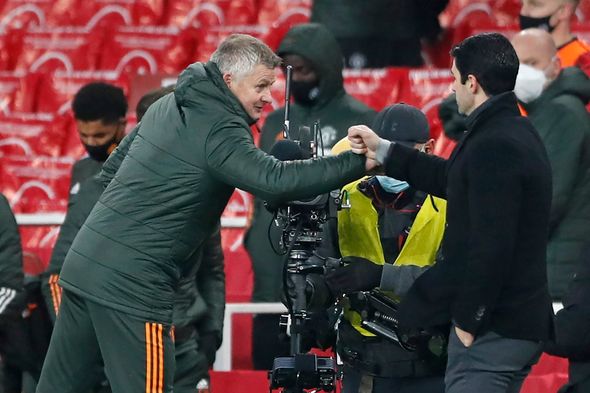 They now sit three points behind their arch-rivals having played one more game.

But Ole Gunnar Solskjaer was pleased with his side’s performance against Arsenal.

“I’m pleased with the performance. We come away with a clean sheet and we had good chances [to win the game]. We need to get our forwards firing again. That’s the next step now.

“I felt first half we dominated. Second half was more end-to-end but we had a good period and they had a period.

“The Sheffield United result of course was disappointing when you’re at home. If you feel, away at Arsenal, you deserve a win that’s a step forward.”