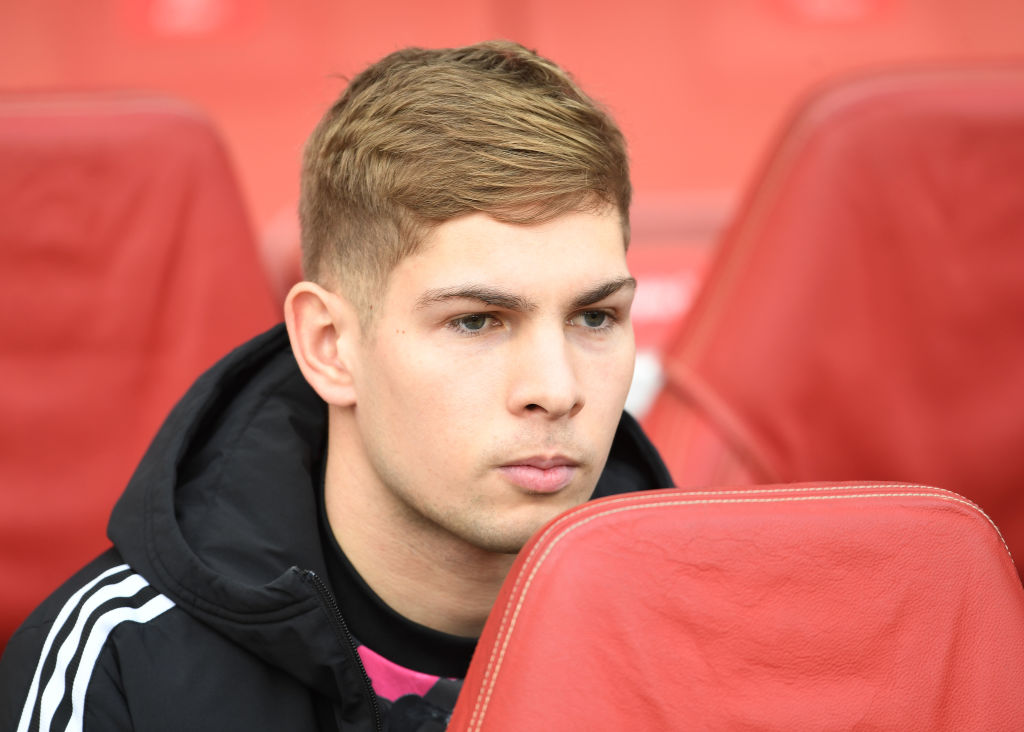 Mikel Arteta insists it is a sign of how far Arsenal have progressed in a short space of time that Emile Smith Rowe has had to make do with the role of impact substitute since his return from injury.

The Hale End academy graduate had arguably been his side’s best player during the first half of the season, but a minor muscle strain saw him miss last month’s games against Everton and Southampton.

In his absence, Arteta was able to reintegrate Gabriel Martinelli and the Brazilian has seized his opportunity, impressing in the left-wing role vacated by Smith Rowe.

Martin Odegaard, meanwhile, has enjoyed his best run of form in the No.10 position since joining Arsenal from Real Madrid and is untrappable on the evidence of his recent displays.

Smith Rowe has still played an important role in his side’s recent good run, scoring in three successive matches from the bench, but his path back into the first XI is not a straightforward one, although his manager insists that is a good thing.

On why Smith Rowe has dropped down the pecking order, Arteta said: ‘Well the main reason (behind) that was because he wasn’t completely fit to play.

‘He’s been carrying an issue, and that hasn’t allowed him to train regularly, to play regularly, and that was the main reason. Because in his performances, and what he did before that international break – there is no question that he was one of our more important and consistent players.

‘The only reason that changed the dynamic was that – and obviously now that the team (has been) doing well, there are other players who are doing well, and have been performing well. That changed the situation, but I am very happy with him.’

He added: ‘This is why we need that, we raise the level. Each player raises the level of the player next to him, and this is how you evolve as a team.

‘How you create a culture around the team, that when I get the opportunity I have to grab it. That a statement should be done on the pitch, and not talking or making comments, and when you have the opportunity, grab it. Then show how good you are, and then if you do that you continue playing.’