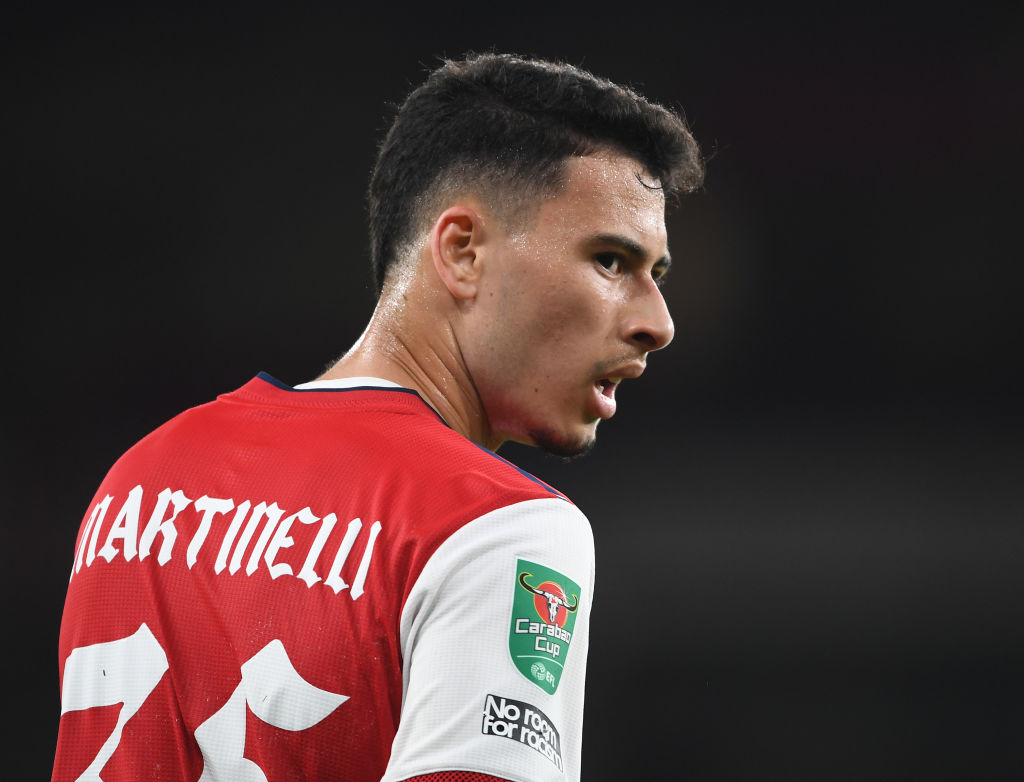 Mikel Arteta insists he remains ‘happy’ with Gabriel Martinelli and dismissed the suggestion the Brazilian forward could be sent out on loan in January.

The 20-year-old shot to prominence during his first season at Arsenal after he arrived as a virtual unknown from Ituano on the recommendation of the club’s former scout Francis Caggio.

Injuries have curtailed Martinelli’s progress since that breakthrough campaign and he hasn’t featured in the Premier League since the opening two weeks of the current season, a period during which Alexandre Lacazette and Pierre-Emerick Aubameyang were recovering from illness.

Martinelli has since been restricted to appearing in the Carabao Cup since starting against Chelsea in a 2-0 defeat back in August, but Arteta is adamant the Brazil Under-23 international remains a key part of his long-term plans.

Asked why Martinelli hadn’t featured recently, Arteta said: ‘Well because of the amount of players we have in those positions, he had some games that he played.

‘We have a lot of trust with Gabi and we need to find space for him to grow within the squad.

‘If you look at the number of games he’s played the injuries have been a big setback for him, we sometimes forget his age and we need to try and help him maintain that balance because you can generate frustration that comes out of, in my opinion, a not very realistic diagnosis and we need time.’

Asked directly whether a loan move was an option for Martinelli, he added: ‘I’m very happy with him we are not thinking about anything like that.’

Liverpool and Manchester United WILL play away legs in Spain