Mikel Arteta drew criticism from Arsenal fans last summer over one particular decision and the Gunners boss has hinted he may do the same this time around. Arsenal are expected to be busy in the summer transfer window with the club looking to get back into the Champions League places.

While signing another forward and tying down Martin Odegaard is seen as a priority, there is also likely to be some movement in defence.

Hector Bellerin has been linked with a move away from the Emirates with the possibility of another right-back coming in.

But it’s in central defence where changes are expected with Arteta failing to stick with a favoured pairing.

David Luiz has played more matches than any other centre-back at Arsenal this season, but he’s still started just 16 Premier League games. 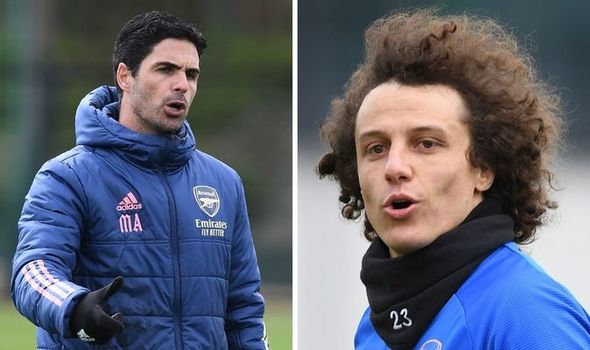 The experienced Brazilian did start Arsenal’s final four league games before the break, but he’s been ruled out of tonight’s match against Liverpool.

Attention will soon turn to whether Arsenal decide to extend his contract again though as his current deal expires in the summer.

Arteta came under fire from Arsenal fans last summer for giving Luiz a one-year contract extension just days after his nightmare display in the 3-0 defeat to Manchester City.

And the Arsenal boss has suggested that he’d be willing to keep Luiz at the club next season as well.

When asked whether Luiz, who turns 34 later this month, can continue playing at the top level, Arteta said: “You can have some really good examples of defenders that have been playing up until 37 or 38.

“So I think it depends, first of all, to be injury free – that’s key.

“Then the ambition, the eagerness and how you are as a professional.

“If you have those ingredients as a defender I think you can get away with it a little bit more.” 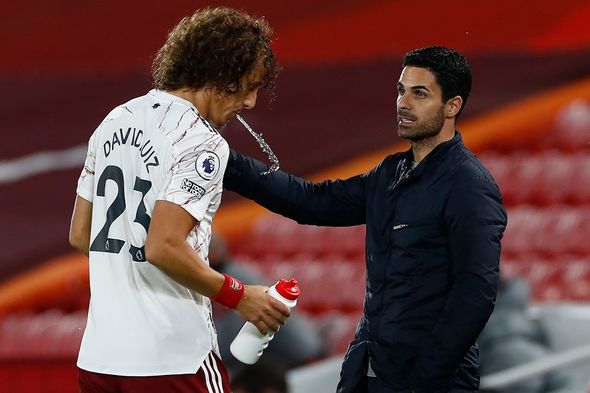 Arteta also made it clear that he wanted “consistency” in his defence next season.

Arsenal still have an outside chance of finishing in a European spot, despite sitting ninth in the table.

The Gunners face Sheffield United, Fulham, Newcastle and West Brom in four of their next five matches after facing Liverpool.

And they also have the Europa League as a route to potentially qualify for next year’s Champions League.

Simon Wilson on Stockport County’s ambition to reach the Championship

Premier League transfer news: Which five deals could go through in the summer?