Arsenal boss Mikel Arteta has reportedly requested the signing of Spain international goalkeeper Unai Simon ahead of this summer’s transfer window. Arteta has seemingly ran out of patience with Arsenal’s current No 1 Bernd Leno.

Leno has made a number of high-profile errors this season, the latest of which came in Friday’s 1-0 loss at home to Everton where he scored an own goal.

The German has also struggled at times when playing out from the back, gifting goals to Rapid Vienna and Olympiakos in the Europa League earlier this term.

Mat Ryan was brought in on loan from Brighton in January to be backup to Leno, and could have his deal made permanent at the end of the campaign.

However, it is unlikely Arteta would see Ryan as a No 1 after he dropped to third choice at Brighton before his departure. 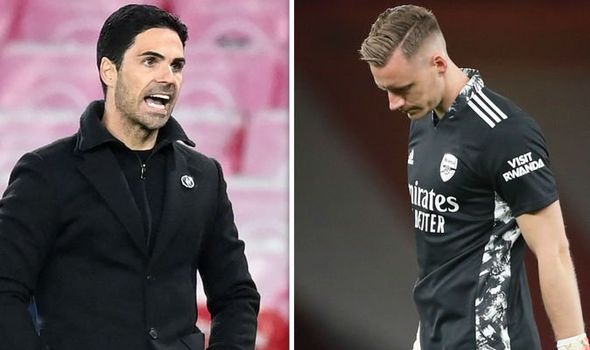 The report claims Arteta has ‘sentenced’ Leno and has asked club chiefs to pursue the La Liga star.

However, signing Simon will be neither easy or cheap.

The 23-year-old signed a new five-year contract last August to keep him in Bilbao until 2025.

There is no release clause in Simon’s contract, with Borussia Dortmund, West Ham and Monaco  also named as clubs interested in signing the goalkeeper.

He replaced Kepa Arrizabalaga as the club’s No 1 following his fellow Spaniard’s move to Chelsea.

Simon made his debut for Spain last November and has racked up six caps to date. 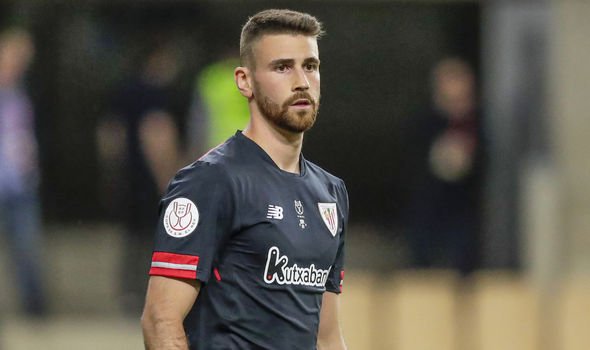 Meanwhile, Leno recently claimed he would perhaps be open to a move away from Arsenal, with his current contract set to expire in 2023.

The 29-year-old said: “I am very happy at the club, I don’t know what will come in the future.

“But I am open to everything. Maybe for a new adventure or to stay at Arsenal.”

Arteta backed Leno following the loss to Everton, saying mistakes are part of the game.

“We lost the game for different reasons,” Arteta said.

“Again, that error, I make many mistakes and everybody that is involved in any sport will make mistakes and it’s part of it, unfortunately.”