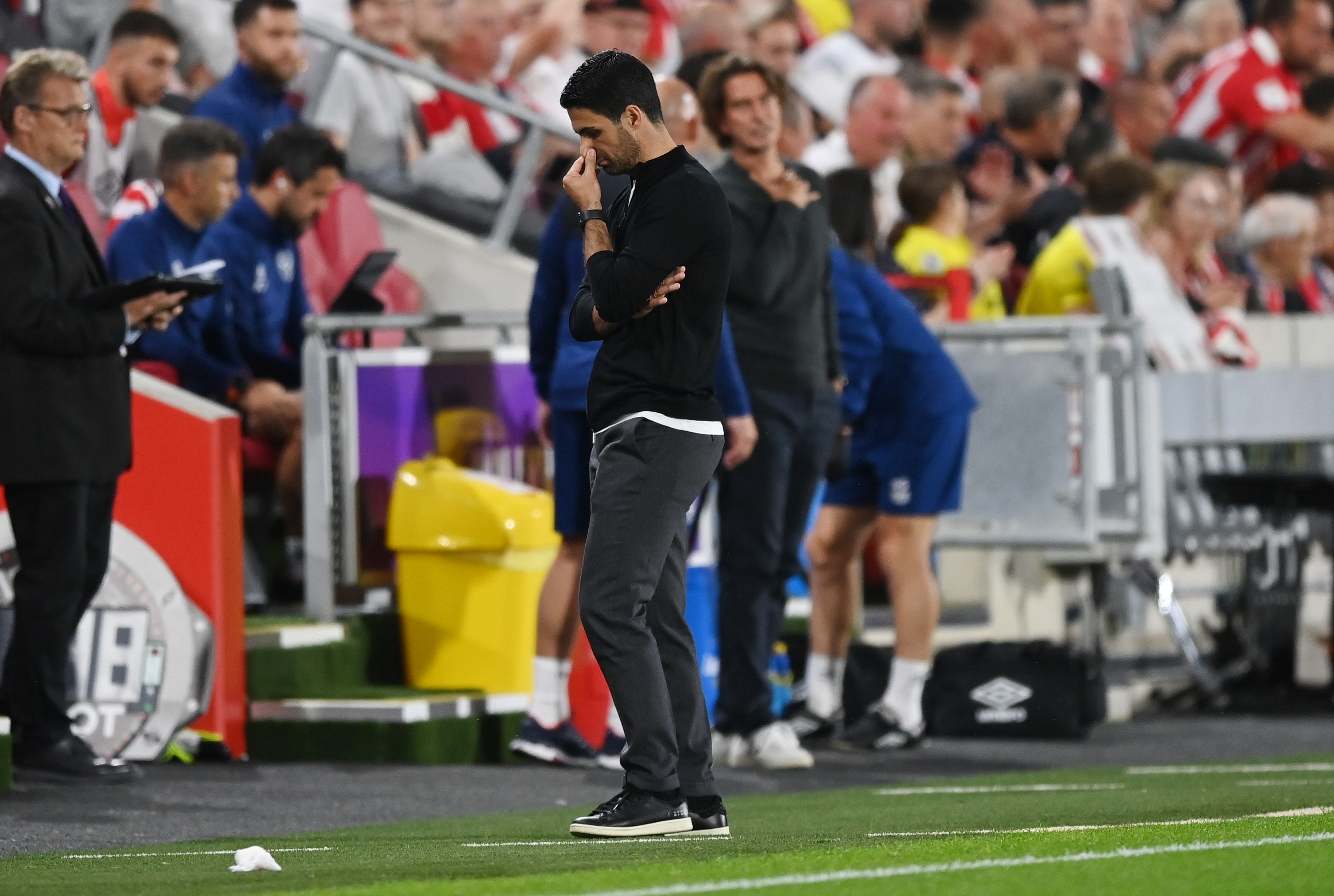 A despondent Mikel Arteta apologised to Arsenal’s baying fanbase after his side’s 2-0 defeat to Premier League new boys Brentford, saying it wasn’t ‘the result or performance’ he wanted.

The Gunners ended last season with four wins on the bounce but endured a miserable return to top-flight action at a raucous Brentford Community Stadium, with Sergi Canos and Christian Norgaard netting in either half to fire the hosts to victory.

The north London outfit appeared blunt in attack in the absence of Pierre-Emerick Aubameyang and Alexandre Lacazette – who missed the clash through illness – and struggled to make inroads against Brentford’s high press across a frustrating 90 minutes.

Emile Smith Rowe and Kieran Tierney were two shining lights for the visitors but the Bees held firm to seal a famous and deserved win, 74 years on from their last match in the top division.

Arsenal will have to quickly find their cutting edge, with Chelsea and champions Manchester City next up in the league.

‘First of all, thank you because of the support that they are giving to the team, the travelling fans that were here,’ Arteta told reporters at his post-match press conference.

‘And after that, I apologise for the result and we know that we have to improve.

‘We have two big games coming up right now and we need to a different performance to get a different result.’

The Spaniard added: ‘We are very disappointed to start the way we did in the season.

‘We didn’t get the result or performance that we wanted.’

Arsenal have already invested heavily this summer – spending over £70million on new arrivals Ben White, Albert Sambi Lokonga and Nuno Tavares – and there will inevitably be calls for the club to further strengthen after the loss.

But Arteta was keen to stress that he would not be hitting the panic button in the transfer market and will instead be looking to get improvements out of the players he currently has at his disposal.

‘My focus is with the players we have, try to make them play as best as possible and get the best out of the team and find a way to win football matches,’ he went on.

‘We are very clear of what we wanted to do, where our strengths are and where we can improve and I don’t think today’s performance shows anything different to what we’ve already seen.’