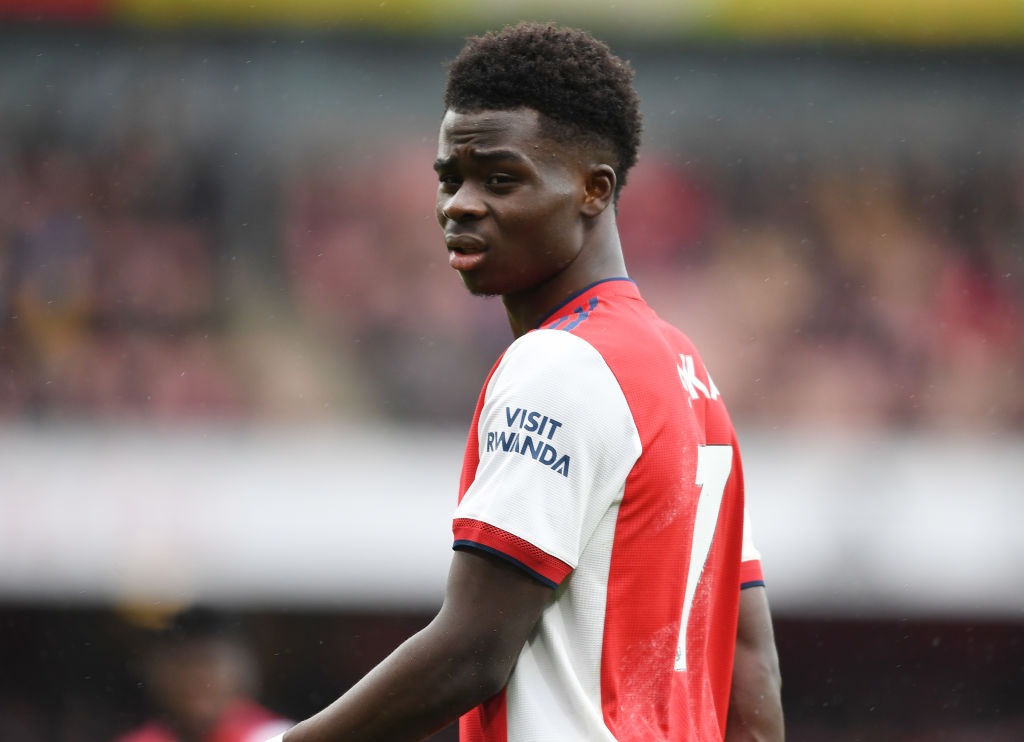 Mikel Arteta is hopeful of having Bukayo Saka available for selection for Arsenal’s Premier League clash with Manchester United on Thursday.

Saka scored in Arsenal’s 2-0 win over Newcastle United on Saturday, before limping off with a thigh injury just after the hour mark.

Arteta confirmed after the match that the England international had suffered a muscle injury and will be assessed further to discover its extent.

‘It was an action where he said he felt something and he said he wasn’t comfortable to continue and we will have to assess him tomorrow and probably scan him and see if there is any injury there,’ he said on Saturday.

But the Spanish boss has now revealed that Saka could be involved in the match at Old Trafford, while ruling both Granit Xhaka and Sead Kolasinac out of the clash.

‘I am hopeful but we don’t know. It’s a really short turnaround. The player has to be comfortable playing with a little injury.’

Saka has been a mainstay in Gunners’ team so far this term, having registered two goals and two assists in 13 Premier League appearances.

Meanwhile, Arsenal go into the match at Old Trafford on the back of just one loss in their last 10 top flight games to leave them in fifth place in the table – five points and three places above United.