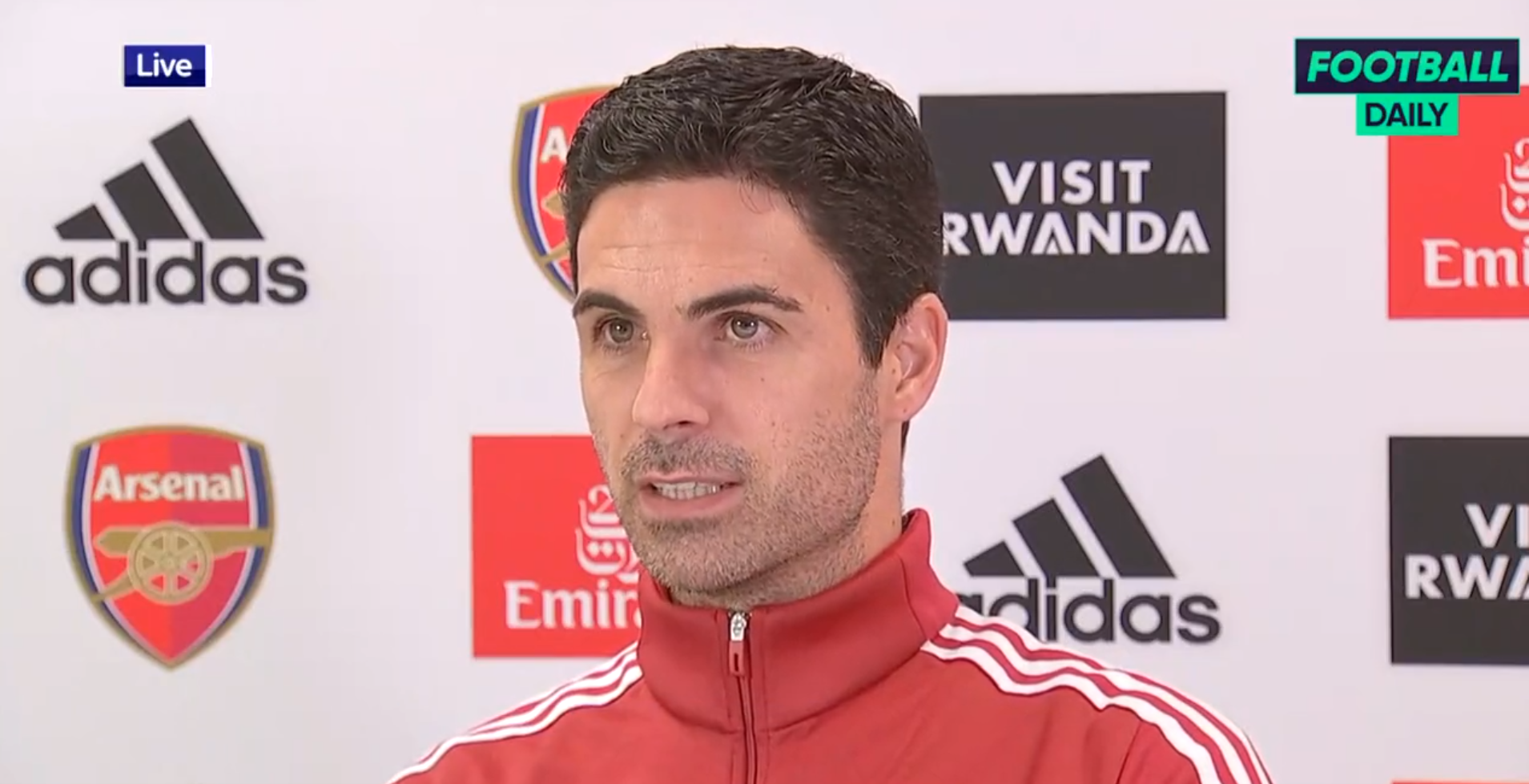 Mikel Arteta insists his ‘only focus’ is on Arsenal after being asked about returning to Barcelona following the sacking of manager Ronald Koeman.

After 14 months in charge at the Nou Camp, Koeman was sacked as Barca head coach on Wednesday night following the shock defeat to Rayo Vallecano.

Barca have amassed just 15 points from 10 games in La Liga this season and been beaten twice in the group stage of the Champions League.

They are ninth in the table, six points adrift of the top, and look set to make Barcelona legend Xavi their next manager.

Arteta started his career at Barcelona and was linked with the manager’s job at the Nou Camp earlier in the year.

Asked if he was interested in returning to Barca following Koeman’s sacking, Arteta said on Friday morning: ‘I’m extremely happy at Arsenal. I feel privileged to be here and my only focus is here.’

On Barcelona’s struggles, Arteta added: ‘There’s been a lot going on there over the last few years. Covid effected the club and you have to overcome a situation like the departure of Messi who has been the key player for many, many years.

‘All of that takes time. I just hope that everything works out well for the club.’

While Xavi is the frontrunners to take over at Barcelona, Erik Ten Hag and Roberto Martinez have also emerged as options for the La Liga giants.

Real Madrid manager Carlo Ancelotti reacted to Koeman’s sacking at the Nou Camp on Thursday and told reporters: ‘I have been dismissed many times and I am still here alive, happy.

‘It’s part of the job to be fired and you have to give it your all until you are a coach.

‘The day after they throw you out, go ahead with the clear conscience that you have given everything.  I believe that Koeman is giving everything he can.’

Xavi Hernandez must shake off Messi effect according to Bernd Schuster