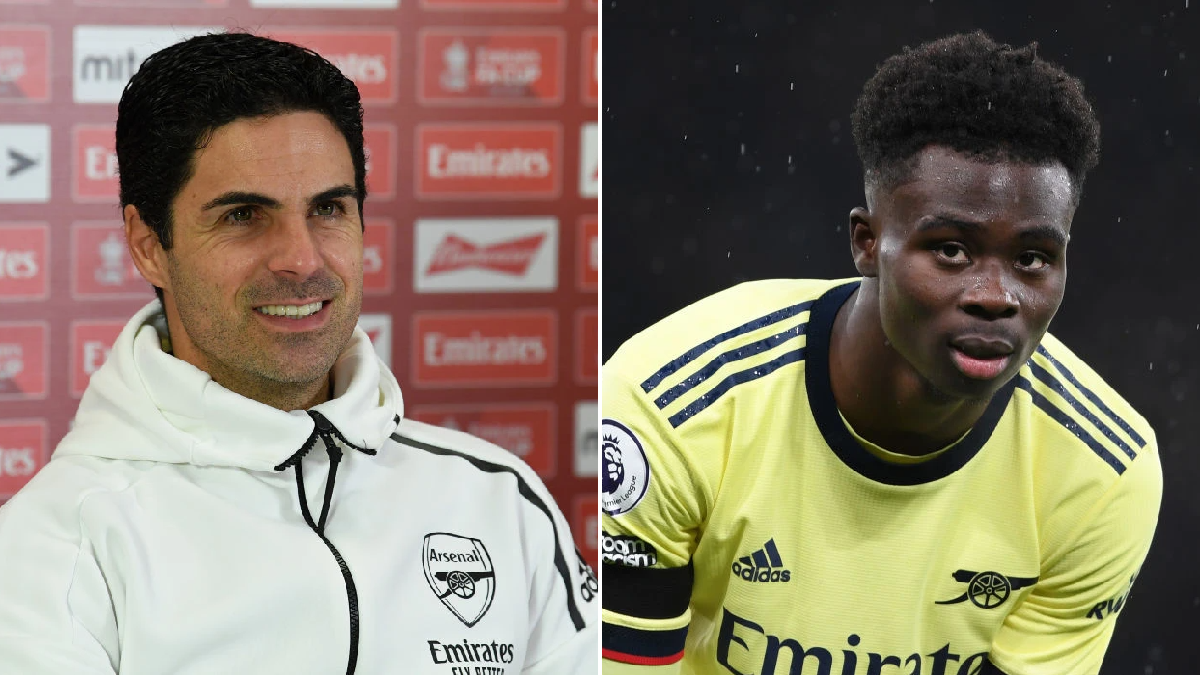 Mikel Arteta insists Bukayo Saka should be ‘proud’ amid reports Liverpool are interested in signing the Arsenal star.

The Hale End Academy graduate won the club’s player of the season award last term and subsequently shot to national prominence after he emerged as a key part of the England squad which reached a first major tournament final since 1966.

Saka’s European Championship adventure ended in heartbreak when he missed the decisive penalty in a shootout against Italy but, mercifully, that major setback has had little by way of lasting damage.

The 20-year-old is enjoying a stellar campaign and has scored five goals in his last eight Premier League appearances, a run of form which has seen him linked with a move to Liverpool.

Arsenal haven’t had to contend with the threat of their rivals enquiring about the availability of their best players for a number of years, but Arteta has welcomed the reports of Liverpool’s interest and claims it represents a sign of the progress that is being made as he attempts to accelerate his rebuilding project.

Asked whether Saka’s form and the speculation it has prompted represented a concern, he said: ‘I think that’s great news when you have a lot of talk and people willing for you players, it’s a really good sign. They should be proud because that means they are doing extremely good work.’

On whether the winger could achieve world class status, meanwhile, he added: ‘I don’t like to put these labels. I am really happy with Bukayo, and with what he’s doing, with how he’s development and the importance he has on the team.

‘Most importantly with the impact that he’s able to make in each game. This is something that we want to keep improving in each game, because he has the capacity to do it.’