Sky Sports pundit Jamie Carragher has hit out at the increasing speculation regarding the future of Arsenal manager Mikel Arteta after a fifth defeat in the club’s last seven games. The goal-shy Gunners went into last weekend’s north London derby hoping for a morale-boosting result but were on the end of a 2-0 defeat to Tottenham.

Despite dominating possession, a naive Arsenal performance saw the visitors seen off by a steely defensive display from Jose Mourinho’s Spurs.

It was Arsenal’s sixth defeat in 11 Premier League matches this season and leaves them languishing in 15th, eight points off of fourth-placed Leicester.

Some Arsenal fans are beginning to call for the Spaniard, who spent four years at the Emirates as a player, to become the second full-time manager in less than two years since Arsene Wenger’s departure to be axed.

But Liverpool legend Carragher insists Arteta deserves to be cut slack though hit out at some of the Londoners’ transfer business he believes to be “a joke”. 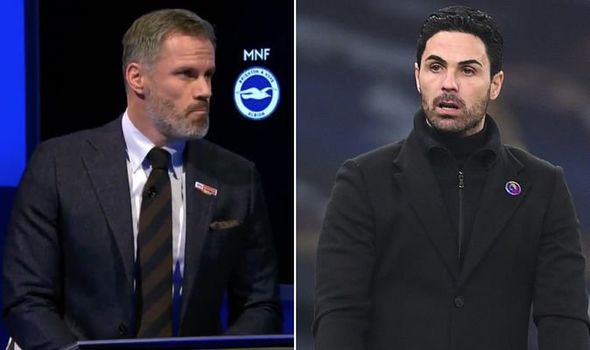 The ex-England defender did not target his criticism regarding recruitment at Arteta, however, and said two of the manager’s main summer targets have been a success.

Carragher said on Sky Sports Monday Night Football: “I think Mikel Arteta is a manager, for me, there might be talk about him being under pressure now but the situation he’s in, I wouldn’t even think about Mikel Arteta’s position.

“I really like Mikel Arteta. There’s a lot of nonsense around the club – bringing players, buying players.

“I think some signings were a joke. In terms or bringing Willian in, [David] Luiz in, Cedric [Soares] in. Is Kia Joorabchian making signings at the club?

“Mikel Arteta has brought in [Thomas] Partey and Gabriel [Magalhaes]. They look like Arsenal’s two best players at this moment, certainly early stages this season. 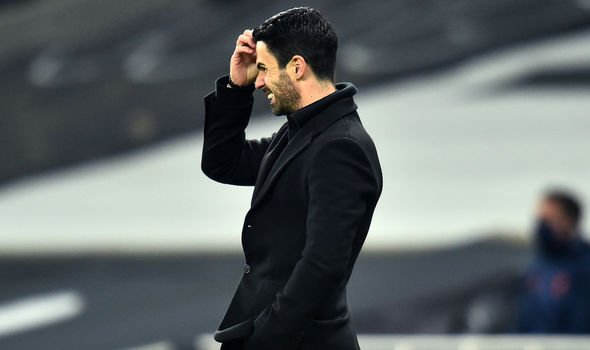 “They’ve had four managers and three CEOs since 2018. Just stick with Arteta. But there’s going to be a lot of pain for Arsenal.”

Speaking before the trip to Spurs, right-back Hector Bellerin told beIn SPORTS when asked about calls for Arteta to go: “[They are] So unjust. So unjust.

“We have to, as players, take responsibility for this because I think we all know that Mikel and his coaching team give us all the tools that we need to win all the games.

“When you lose a game it’s always very easy to blame the coach. But also when the coach gives us the tools we have to be the ones to step up.

“The way that Mikel plans these games, all the knowledge that they give us before we step on to the pitch is second to none.

“Sometimes it’s not that easy, depending on the opponent, but that’s why football is beautiful. If you play the games on the tactics board, then it will be a completely different game.

“I have to say that when you are planning on doing something big – and that’s what he’s doing, changing the identity of the team, of the club, change the behaviours – he’s not trying to make changes just on the pitch but outside of it, this isn’t something you can do overnight. 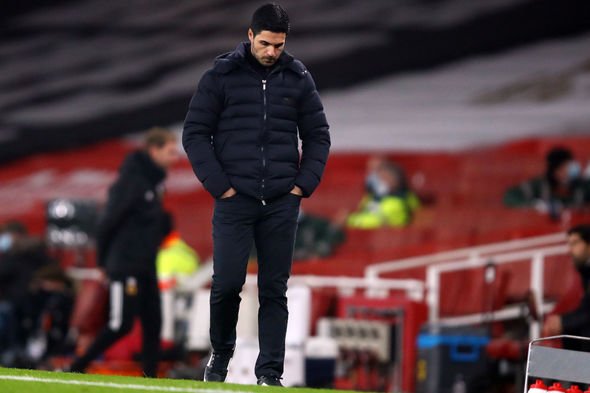 “I feel the team has improved massively in so many areas of the game that needed improvement. Even though we’re not doing so great in others, it’s all part of the process.”

While Arteta said after the 2-0 loss against Spurs: “At the end of the day we have to score the goals and when they had a half chance they scored, and at the moment we haven’t. To build something you need results.

“I take a lot of positives for the way we played, when we come here in this moment and play with the personality, the courage, the passion, the energy and the belief the boys showed.

“At the end it’s a football match and you have to win it, and we lost again today. [We turn it around] By scoring goals, very simple. We need to score goals. If not, it’s unsustainable.

“It doesn’t matter what we do in other departments of the pitch, if we don’t score goals we can’t do nothing. We need to put the ball in the net, urgently.”