Arsenal’s season has certainly been a mixed bag, but manager Mikel Arteta retains plenty of support. Despite results being below-par, the Spaniard has shown more than enough encouraging signs to convince many he is the right man for the job.

Against Fulham, things did not go Arsenal’s way. A Josh Maja penalty looked set to condemn them to defeat before a last-gasp Eddie Nketiah equaliser.

But, on another disappointing afternoon, a glimpse of Arteta’s tactical acumen was again on display as he made a clever tactical tweak to ensure he got the best out of Emile Smith Rowe.

Smith Rowe has been considered by many as a replacement for Mesut Ozil as Arsenal’s No.10. In reality, the academy graduate is a different player.

Rather than simply operating in the pocket behind the attack, the man affectionately known as the ‘Croydon De Bruyne’ by fans is at home drifting out wide and into various attacking areas to make things happen. 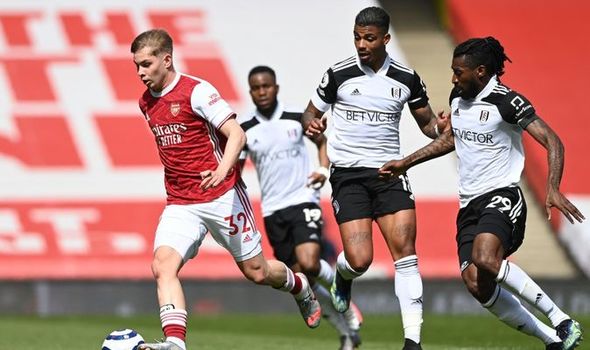 He enjoyed one of his best performances against Tottenham, when he regularly drifted out onto the left-wing to link up with Kieran Tierney and find overloads to expose Spurs’ right flank.

Smith Rowe has been at home cutting in from the left hand side since his breakthrough into the first-team, but Arteta chose to target a different area against Fulham.

With Tierney sidelined through injury, it was the right-wing that Arteta clearly recognised as a place to find an advantage – and they did just that early on.

This time, he shifted Smith Rowe out to the right wing several times in the opening half an hour, linking up with an overlapping Hector Bellerin and Bukayo Saka to overload Fulham’s left side.

The trio combined to set Smith Rowe in behind several times in the early exchanges, including one cross which saw Gabriel Martinelli handed one of the better chances early on and another instance which saw him drift offside as a second goal was ruled out.

Smith Rowe was again a live wire and Arteta may just be the perfect manager to deploy him in various different roles with opportunities to expose different areas against different teams.

His skillset makes him a valuable asset to the Arsenal attack, and he was again the man who generally looked most likely to unlock the Cottagers despite often finding himself in an unfamiliar spot drifting out to the right.

Whilst many aspects of the performance were disappointing, the interesting use of Smith Rowe was one of the bright sparks. 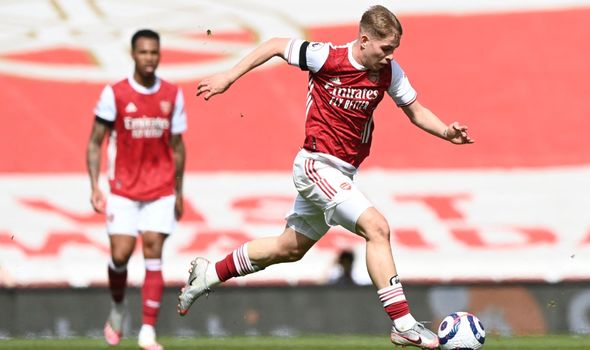 Smith Rowe recently discussed his position and seems in-tune with Arteta’s plans to use him as a No.10 with different instructions in different games.

“I see myself as a No.10, on the inside,” Smith Rowe told the Mail. “But at the same time, because of the way we play at Arsenal, if I am on the wing then the manager is telling me to drift inside and be natural like a No 10 anyway.

“I’m happy to play anywhere, you know? I’m an Arsenal fan. I’ll play wherever I’m needed and it’s good to be versatile.

“It’s a habit for me to come inside if I’m on the left wing. That’s also good for KT [Tierney] because he can then get high and wide.”

Instead of coming in off the left wing, Smith Rowe regularly found himself getting in behind down the right against Fulham.

Having made five changes and with some key players sidelined, it was another example of Arteta being creative in order to try and get the best out of his squad.

Eventually, the pressure they piled on paid off with Nketiah’s late equaliser for a more than deserved point.