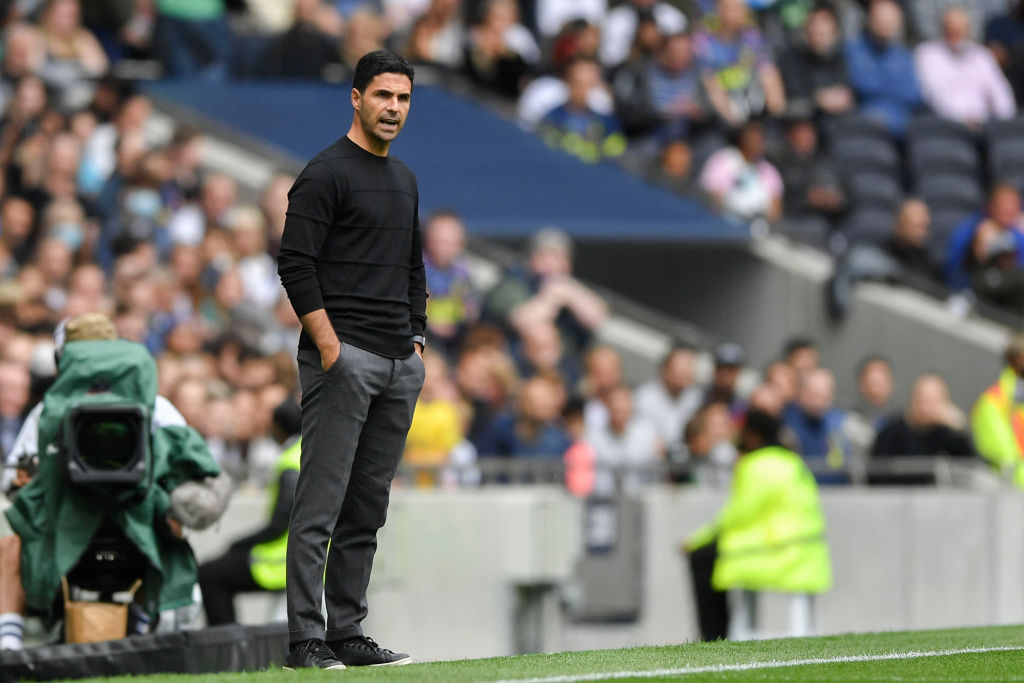 Micah Richards admits he fears for Mikel Arteta’s Arsenal future after making what he describes as several ‘panic buys’ this summer.

Arteta is under fire at the Emirates after starting the season with back-to-back Premier League defeats against newly-promoted Brentford and Chelsea. The Gunners travel to current champions Manchester City on Sunday in desperate need of points.

But Richards believes that the calibre of player they are bringing in will end up costing Arteta his job.

‘At this moment, Arsenal can’t attract the top, top players, because players want to go to the better performing teams at this moment in time,’ he told BBC Radio 5 Live.

‘When you say they’ve spent a lot of money, they’re buying second-tier players, or players with good potential who could become that.

‘You should think that the manager’s got some input in the players that they’re getting. But I just think with Arsenal now, they’ve got themselves in such a rut, they’ve done a couple of panic buys.

‘They signed [Pierre-Emerick] Aubamayeng to his new contract and he’s not done much since that, and then it’s like everyone’s gone forwards and they’ve stayed still.

‘They’ve been trying to control the finances, and gone out and spent £132million. No disrespect, Ramsdale’s had three relegations in his career.

‘They’re signing for the future, it’s almost as if they’ve conceded they’re not going to get world-class players. Unfortunately, buying young players is going to cost Arteta his job because he’s not going to be able to do the business.’

Reports suggest that Arsenal are lining up a move for Antonio Conte should results not improve under Arteta in the coming weeks. The former Chelsea boss is available after leaving Italian Giants Inter Milan in the summer after he led them to the Serie A title last season.

The club’s hierarchy are willing to give the Spaniard some time to prove himself first, though.

Romelu Lukaku takes No 9 shirt at Chelsea after £97.5m transfer from Inter Milan