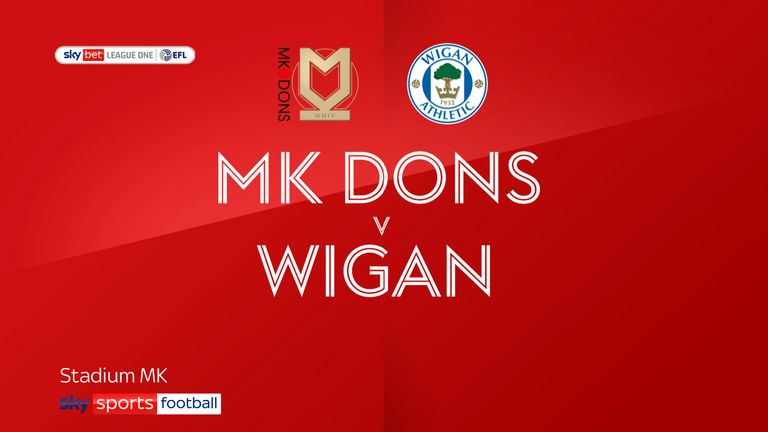 Stephen Walker marked his first start for MK Dons with his first goal for the club as Russell Martin’s struggling side recorded a much-needed 2-0 Sky Bet League One victory over injury-hit Wigan.

It was just the Dons’ second league win of the season and if lifted them out of the bottom four in the table, while the Latics offered little in reply.

Scott Fraser looked lively in attack for MK Dons and he forced Wigan goalkeeper Jamie Jones to save at his near post halfway through the first half.

Jones then denied Fraser again, after the Scot failed to really get a hold of his shot when he had been put through by a lovely ball from Cameron Jerome.

The hosts eventually broke through three minutes into the second half when Fraser sent Jones the wrong way from the penalty spot after Matthew Sorinola had been tripped by Tom James.

The lead was quickly doubled as Sorinola’s cross was stabbed out by Curtis Tilt as far as Walker, who found the bottom corner with a crisp first-time effort.