MLS players agree to a 7.5 per cent pay cut to offset the financial impact of coronavirus… and announce plans to kick-start the season with a June tournament in Florida

Major League Soccer players have agreed a pay cut of around 7.5 per cent to help offset the financial impact of coronavirus, as well as plans to resume the season with a tournament later this month in Florida.

The MLS 2020 campaign was suspended on March 12 with teams only having played twice. The virus has killed over 100,000 people in the United States.

The Washington Post said that the wage cuts amount to around 7.5 per cent and that teams and players have also given the green light to proposals over a tournament involving all 26 MLS clubs in June. 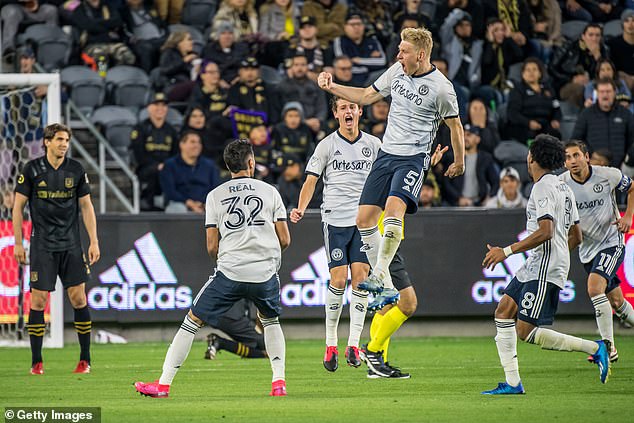 Major League Soccer players have agreed to take a pay cut that amounts to 7.5 per cent 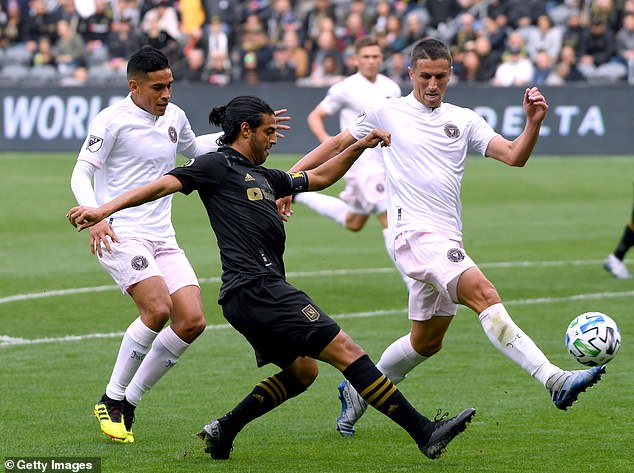 To help the status of the league, which has enjoyed a remarkable amount of growth over the last 10 years, players have agreed to take an array of concessions with their clubs.

As well as wage cuts, players have also agreed to a cut in their bonus payments.

Major League Soccer’s Players’ Association (MLSPA) said in a statement: ‘The package has been formally submitted to the league for a decision by the owners.

‘While a difficult vote in incredibly challenging times, it was taken collectively to ensure that players can return to competition as soon as they are safely able to do so.’

There are small signs of encouragement that the MLS will soon be able to return to action. 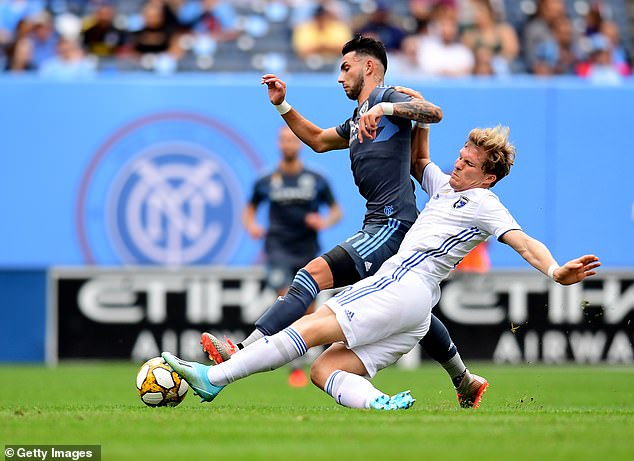 Players could now resume the season in June, in a tournament held in Florida with all the teams

Some teams have resumed individual training and a vote was passed last week for teams to tentatively begin outside training within small groups.

The MLSPA also said that players had agreed to compete in a tournament in June in Florida that will involve all 26 MLS teams.

It is believed the tournament will exist outside of the MLS standings – teams will resume the season after that competition and are prepared to play into the winter to finish the 2020 campaign.

The competition would see teams stay in a a controlled environment at a Disney resort in Florida, where they will be frequently tested for Covid-19.