‘When you go against van Dijk it seems like you hit a mountain’: Atletico Madrid striker Alvaro Morata includes Liverpool star among the three toughest defenders he’s faced

Alvaro Morata has named the three toughest defenders he’s come up against in his career so far – and there’s a place for Liverpool’s Virgil van Dijk.

The Spaniard’s playing days so far have taken him from Spain, to Italy, to England and back to his homeland again.

But there are few who have made such an impression on the Atletico Madrid striker as last year’s PFA Player of the Season. 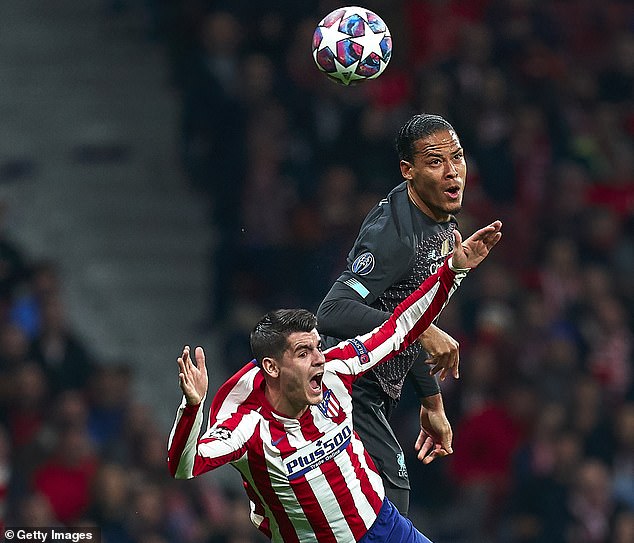 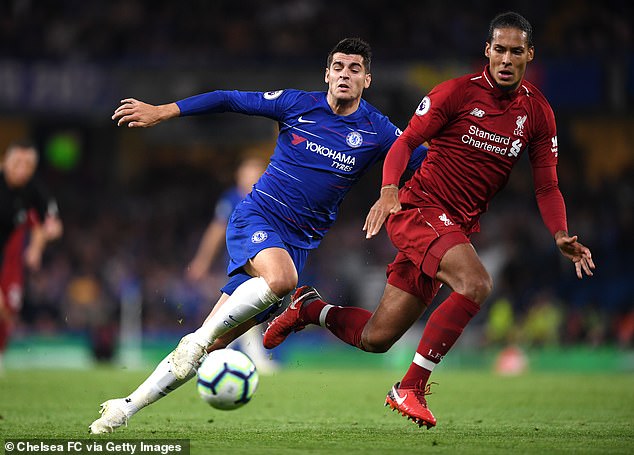 ‘Chiellini, I don’t know if he does it on purpose, but when he meets me, he always destroys me,’ Morata told AS.

‘Sergio Ramos is also a tough defender, while when you go against [Virgil] Van Dijk it seems like you hit a mountain,’ the forward said. 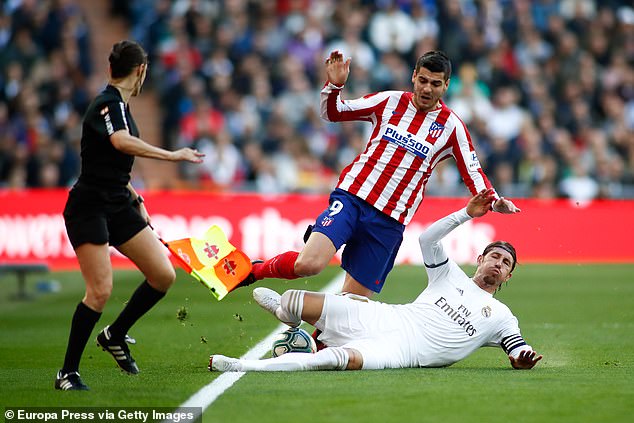 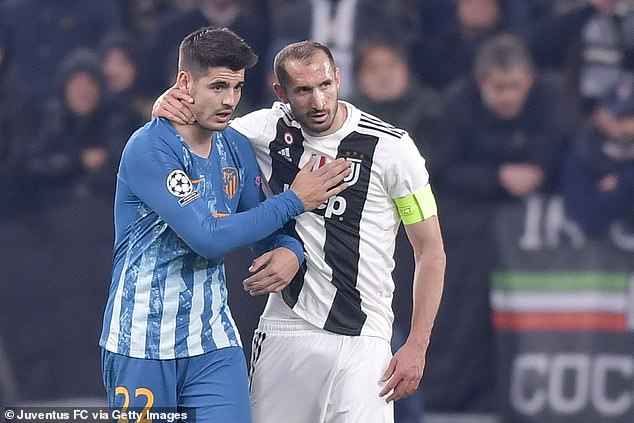 Morata was team-mates with Chiellini in his days at Juventus and has also lined up alongside his Spanish compatriot Ramos during his days at Real Madrid.

The former Chelsea man came up against van Dijk this season when Atleti drew Liverpool in the last-16 of the Champions League.

The 27-year-old was able to get the better of his opposite number this time as Atletico stormed to a 4-2 aggregate victory over the European champions.