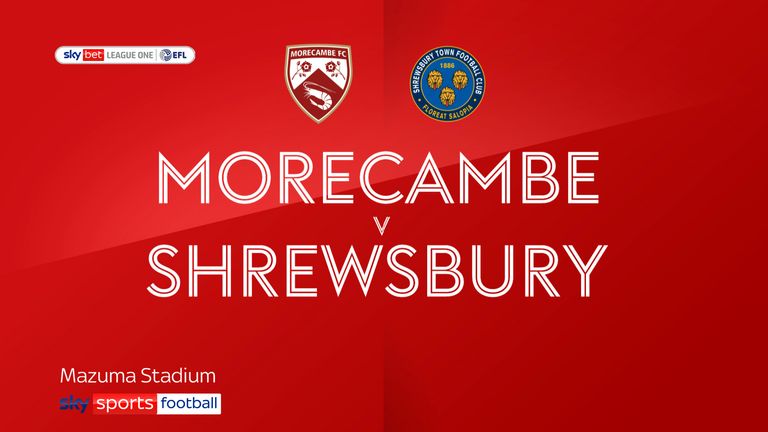 Morecambe secured their first ever League One win with a 2-0 victory over Shrewsbury Town at the Mazuma Stadium.

Shrewsbury started brightly with Aaron Pierre missing a good chance when he headed a corner wide before Stephen Robinson’s side broke the deadlock on 34 minutes from the penalty spot.

Toumani Diagouraga played in Adam Phillips down the right who was bundled over by a clumsy tackle from Nathanael Ogbeta before getting up and slotting the spot kick past Marko Marosi.

The Shrimps doubled their advantage on 41 minutes. Phillips sent over a deep corner from the right which was only half cleared by the Shrews’ defence and Cole Stockton was in the right spot to bundle the ball over the line from just six yards out.

The visitors had a chance to pull one back in the last minute of the first half as Matthew Pennington’s shot was cleared off the line by Stockton.

The second half saw Marosi forced into good saves from Stockton and Wes McDonald and at the other end Pierre headed a corner wide again when he should have done better.

Elliott Bennett turned an effort just wide after a neat turn in the box as the Shrimps held on for a famous win.

Why Bukayo Saka is out of Arsenal's clash with Manchester United