The game finished in a 0-0 draw and when both sets of teams shook hands, Mount and Chilwell were seen chatting to Gilmour for a prolonged period of time.

Gilmour was presented the star of the match award for his display but he will miss Scotland's game against Croatia and a potential knockout game after that if they get through.

Mason Mount and Ben Chilwell are also being forced to isolate as a result of their communication with Gilmour in the aftermath of the game. The England camp are being extremely cautious about covid-19 and are taking extra precautions to prevent the virus spreading to the rest of the squad.

Mount and Chilwell have been told by Public Health England that they will need to isolate until Monday 28 June as a result of their 20-minute conversation with Gilmour in the Wembley tunnel.

Should Mount and Chilwell have been allowed to play against Czech Republic? Let us know in the comments section The Stamford Bridge pair have been ordered to leave their England hotel in West London and return to St George's Park in Burton to quarantine.

The Sun has reported it was safest for them to return via two separate ambulances as it was the only way they could guarantee security.

England face Czech Republic knowing they are already through to the knockout stages thanks to Monday's results going their way. 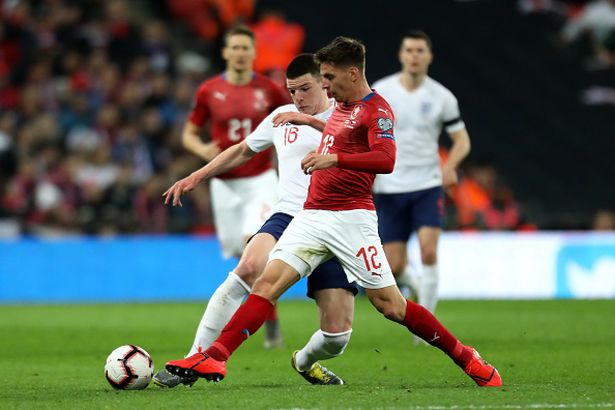 If Gareth Southgate's men can win, they will face either Portugal, France or Germany in the last 16 but will play at Wembley.

As for Scotland, they need to do something they haven't managed all tournament if they want to qualify: score a goal.

Steve Clarke's side need to defeat Croatia to have any hope of reaching the round of 16 and realistically a third-placed finish is the best they can hope for.

Wales Euro 2020 squad: Rubin Colwill in, Hal Robson-Kanu out – here are the winners and losers