‘Sometimes a TOE, a NAIL or a NOSE!’: Jose Mourinho bemoans ‘modern penalty’ undoing Tottenham at Manchester City before Portuguese accepted ‘fatigue’ took its toll as his side lose ground in top four race

Jose Mourinho slammed the decision to award Manchester City a ‘modern penalty’ in Tottenham’s 3-0 defeat at the Etihad Stadium.

Spurs lost for the fifth time in their last six games across all competitions after Rodri’s spot kick and Ilkay Gundogan’s double left the north London side ninth in the table.

But it was the award of the penalty – given by referee Paul Tierney after Pierre-Emile Hojbjerg was adjudged to have fouled City midfielder Gundogan – that appeared to irritate Mourinho. 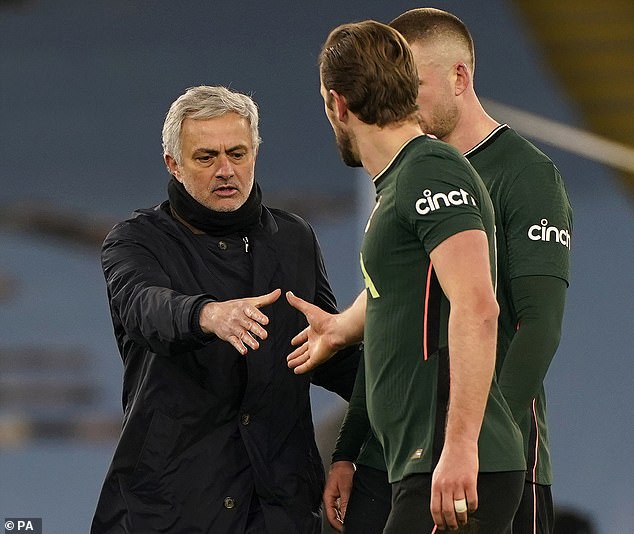 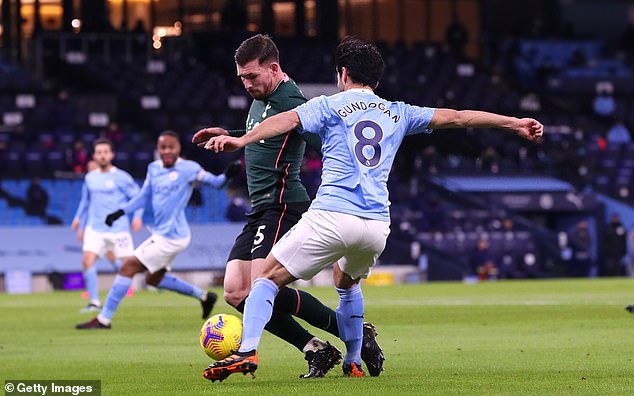 Replays suggested there was more doubt than thought in real time as to whether the right call was made, but the decision stood after a VAR check.

And speaking after the game, Mourinho bemoaned what he described as a ‘modern’ penalty and claimed VAR would not overturn contact made with a nail, toe or even nose.

‘A penalty that even if you touch with the nail inside the box, can be a penalty. Of course, it depends on the opponent, the team. 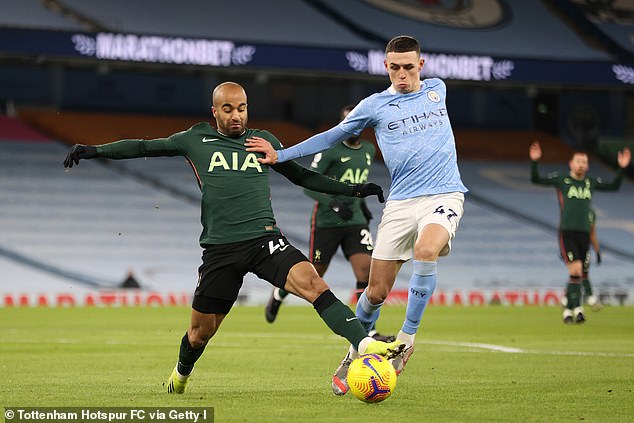 Mourinho also believed fatigue contributed to their defeat, and singled out Lucas Moura as a player who was tired

Asked to elaborate on what he meant by ‘modern’ penalty, he said: ‘Some you touch with the nail is a penalty.

Mourinho also stated fatigue as a contributing factor though after his side’s 5-4 FA Cup exit after extra time at the hands of Everton in midweek.

But the Spurs boss insisted he was ‘very, very happy with the players’ attitude’ and claimed Harry Kane’s free-kick, which hit the post with the game still goalless, could have given energised a tired Spurs outfit.

‘Starting off his verdict on the game, Mourinho said: ‘A fresh team against a very tired team who started very, very well, with the game completely controlled. 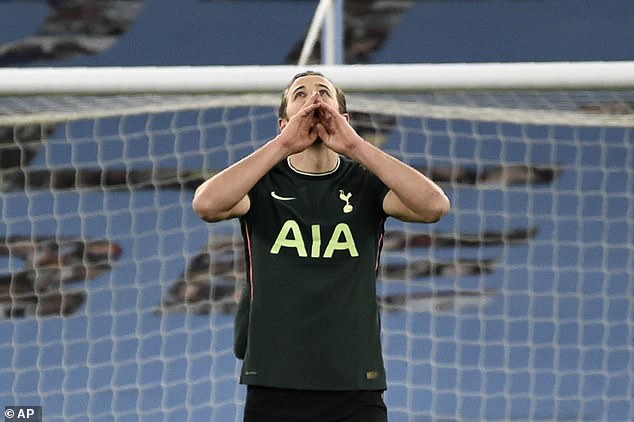 ‘We hit the post, that could give us the fuel that you need when you’re especially tired like the boys were.

‘I had guys on the pitch who played two hours a couple of days ago. They gave everything. We had guys in difficulty – Lucas [Moura] was one the one I took at half-time but we had others.

‘Great attitude, great dignity. Losing 3-0, a team not united, not together would give up and be punished in a way the team didn’t deserve but I saw Harry, Pierre, Ben [Davies] – to give three names but I could give six or seven – give everything so I have nothing to say against my players.

‘Not even [about] a couple of defensive mistakes that are always present.’ 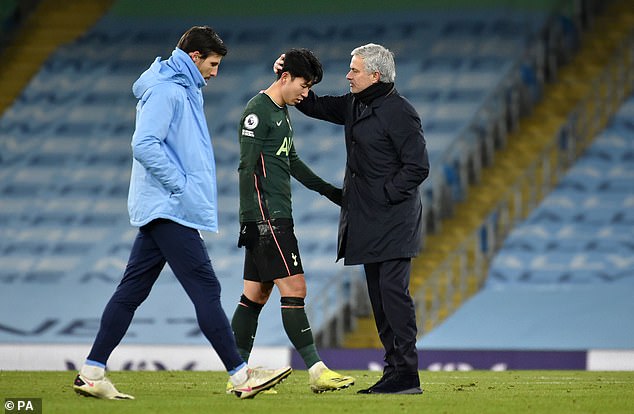