Keita made 40 appearances for the Reds last term, including 25 starts, as they won the FA Cup and Carabao Cup and narrowly missed out on the Quadruple. 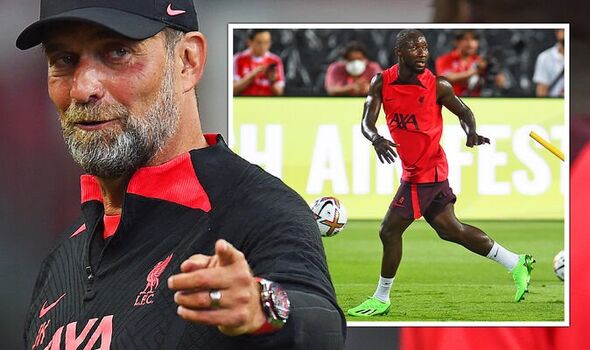 The Guinea midfielder also posted his best tally for the Reds of four goals and three assists.

And the 27-year-old wants to do even better when Liverpool kick off their new Premier League campaign at Fulham on August 6.

“Every season, I set myself targets to try to compare and compete with what I’ve done in the previous season,” he said. “I always try to achieve even more. Right from when I first started playing, I have always been like that.

“Last season went pretty well – I played in a lot of games, which we won. This season, I would like to do the same again and play in every game I can. “More than anything else, it’s just to help the team out and maybe get on the scoresheet more.”

Klopp is pleased with Keita’s form and the club want to tie him to a new deal before his current contract ends next June.

Klopp has given him 30 minutes in each of Liverpool’s first two preseason friendlies against Manchester United and Crystal Palace, and he hopes for more game time at his former club RB Leipzig tonight.

Keita moved to Anfield from Leipzig in 2018 for £52.75million and he is relishing returning there.

Liverpool then head to Austria for a week-long training camp, and Keita said: “I’m made up and really happy to be going back to Germany, particularly Leipzig.

“That’s where I really progressed and Liverpool first saw me.

“I’ll be really happy to go back to see my old team-mates. It’s a young team that plays football the right way and in a good spirit. So it’s going to be a great game.”