Napoli 3-2 Bologna: Victor Osimhen is the hero as the hosts edge five-goal thriller to make it TEN wins in a row… keeping Luciano Spalletti’s side top of Serie A table

Napoli returned to the top of Serie A after beating Bologna 3-2 thanks to a late Victor Osimhen goal on Sunday to lead the table by two points although the visitors made them fight for the win.

Napoli now have 10 wins in a row in all competitions and are on top of the table with 26 points after 10 games just ahead of Atalanta, with Lazio and Udinese level on 21 points.

Bologna striker Joshua Zirkzee opened the scoring in the 41st minute when he received a pass from Andrea Cambiaso inside the box and fired into the bottom right-hand corner of the net. 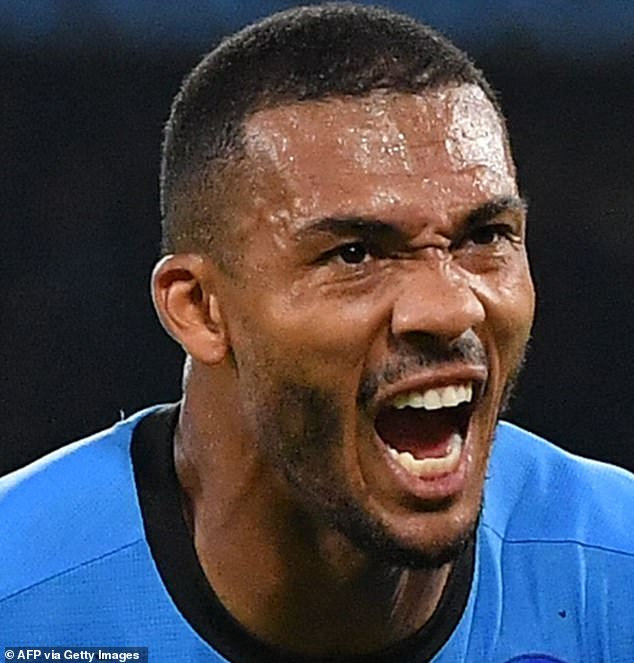 But the lead did not last long as Juan Jesus equalised four minutes later at the Diego Armando Maradona Stadium.

Both teams played an intense second half, with Hirving Lozano putting the hosts ahead in the 49th minute. Musa Barrow equalised two minutes after that with a shot from a distance that Napoli goalkeeper Alex Meret fumbled into the goal. 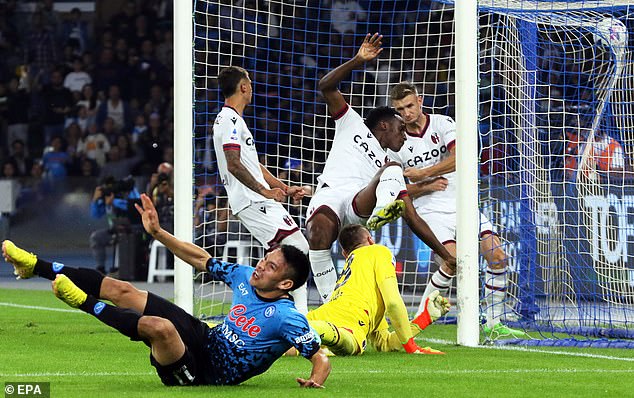 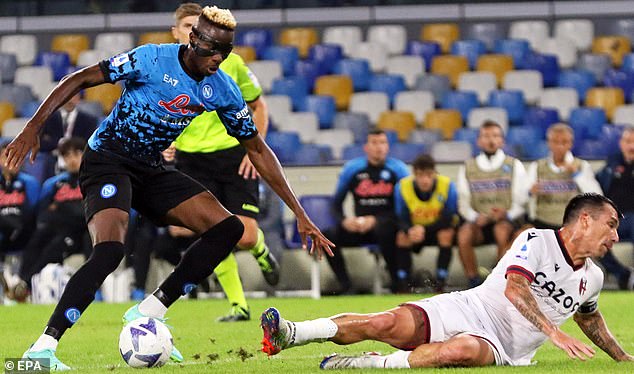