This Thursday is the 20th anniversary of the Irish FA’s Football For All campaign which focuses on tackling sectarianism at Northern Ireland international games. Here Sky Sports News reporter Paul Gilmour takes a look at what the initiative has achieved.

Neil Lennon had just sat down to the pre-match meal with his Northern Ireland team-mates when he was given the news that made his ‘heart sink’. Someone claiming to be part of a loyalist paramilitary gang had telephoned BBC offices with a chilling warning. Play for Northern Ireland tonight and you will ‘get hurt’.

Lennon was hours away from leading Northern Ireland out as captain for the first time but, stood with the two police officers at the team hotel, he knew what he had to do. 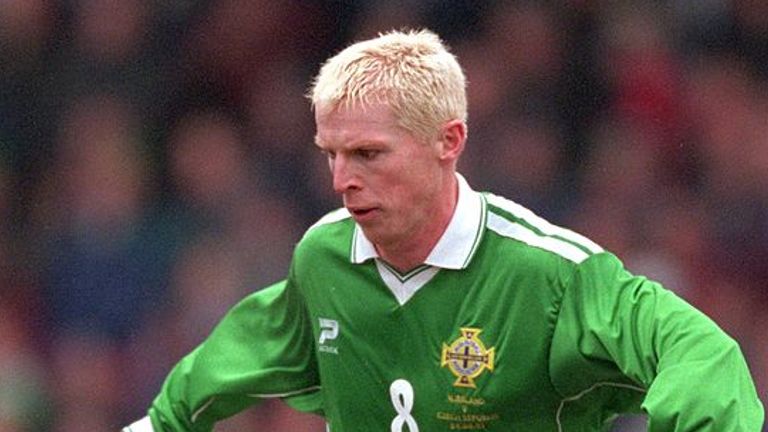 As the team bus arrived at Windsor Park on 21 August 2002 for the game against Cyprus, the Celtic midfielder was on a plane back to Glasgow. Lennon never played for Northern Ireland again.

Two years earlier, the Irish Football Association (IFA) had launched the Football For All campaign to tackle sectarianism and racism in the Windsor Park stands. Progress was slow and Michael Boyd, the director of football development at the IFA knew it.

“We were struggling to get a sponsor for the kit because the image of NI football was so bad,” Boyd tells Sky Sports News.

“My first game was Hungary and there were around 4,000 people there. It wasn’t what you’d describe as family-friendly.

“In 1999 against France we couldn’t even sell out the ground for the world champions. At the match, there were problems with sectarian singing and racist abuse.” 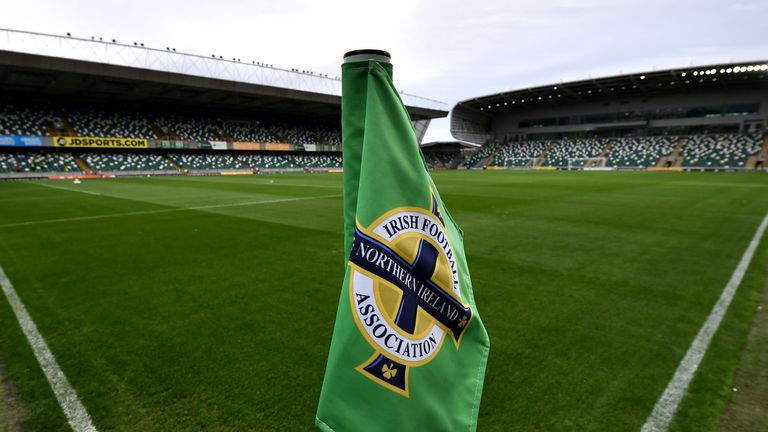 Lennon’s sectarian threat ‘disgraced Northern Ireland in the eyes of the world’ according to the former Security Minister Jane Kennedy and widened the divide between the association and catholic players and supporters. The perception was that it wasn’t a safe environment for all.

“The real turning point for us was the Lennon incident,” said Boyd.

“Sammy McIlroy and the players contacted us and said they wanted to get behind the Football For All message. We all held a press conference to read out our strategy. It felt like a symbolic moment because people began to get behind the campaign.”

Funding and fans were key factors in the push to transform. Boyd and his team met with Northern Ireland’s 12 supporters clubs to explain what they wanted. When a shot-shy NI side came close to scoring, ‘let’s pretend we scored a goal’ was a popular song of choice as fans cheered wildly to celebrate the fake goal.

Leaflets were printed and distributed as a way of promoting the ‘sea of green’ initiative. It was a form of self-policing in the stands. The vast majority of NI supporters were determined not to see their reputation suffer.

“The fan involvement was more powerful than any stewarding,” Boyd explained.

“They created songs that are still sung to this day. The fans getting on board with it was the key thing.”

As the IFA celebrates 20 years of the campaign, Windsor Park is unrecognisable after a refurbishment which was completed in 2016, the year the team returned to a major tournament following a 30-year absence. 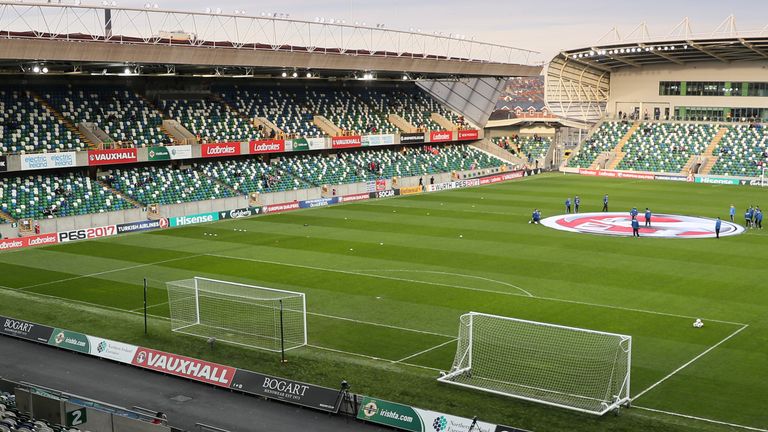 “It’s totally transformed. Every match is sold out and families are happy to come here. Tickets before the pandemic were like gold dust and we haven’t lost the atmosphere.

“It’s noticeable how many children and women there are at games now. We reach about 70,000 young people on a regular basis and the number of supporters clubs has grown to over 50 worldwide.”

The current squad also continue to back the campaign as it evolves into other areas of equality and tolerance.

“Jamal Lewis and his mum have been a big support. We met with Jamal’s mum and she has led on a number of community relations programmes in England.

“We talked to her about our mental health programme, our crime prevention work and our multi-sport peace programme.” 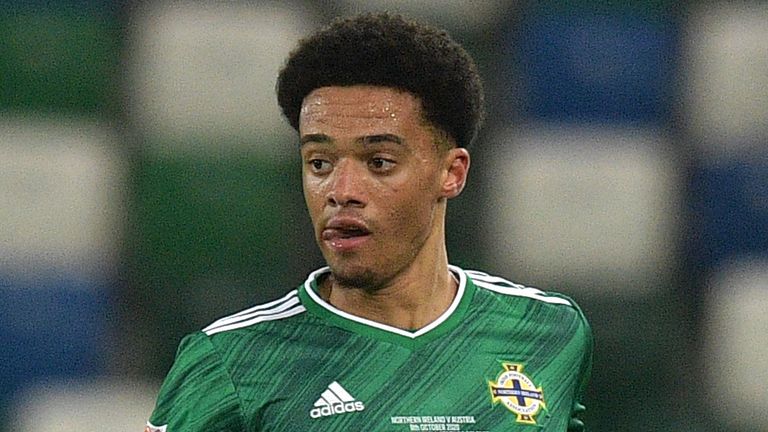 Lewis is keen to add his voice to the message whenever possible.

“Football is a great game that should be enjoyed by everyone,” the Newcastle defender told Sky Sports News.

“Maybe certain ethnic groups or minorities will feel they can’t enjoy it with the masses but that shouldn’t be the case.

“Footballers can be seen as role models and we need to push that message out there. We want to see progression in and out of football.

“20 years says something and obviously we’re looking for another 20 after that.”

Check out the Irish FA’s social media channels for details on their Football For All webinar on Thursday.