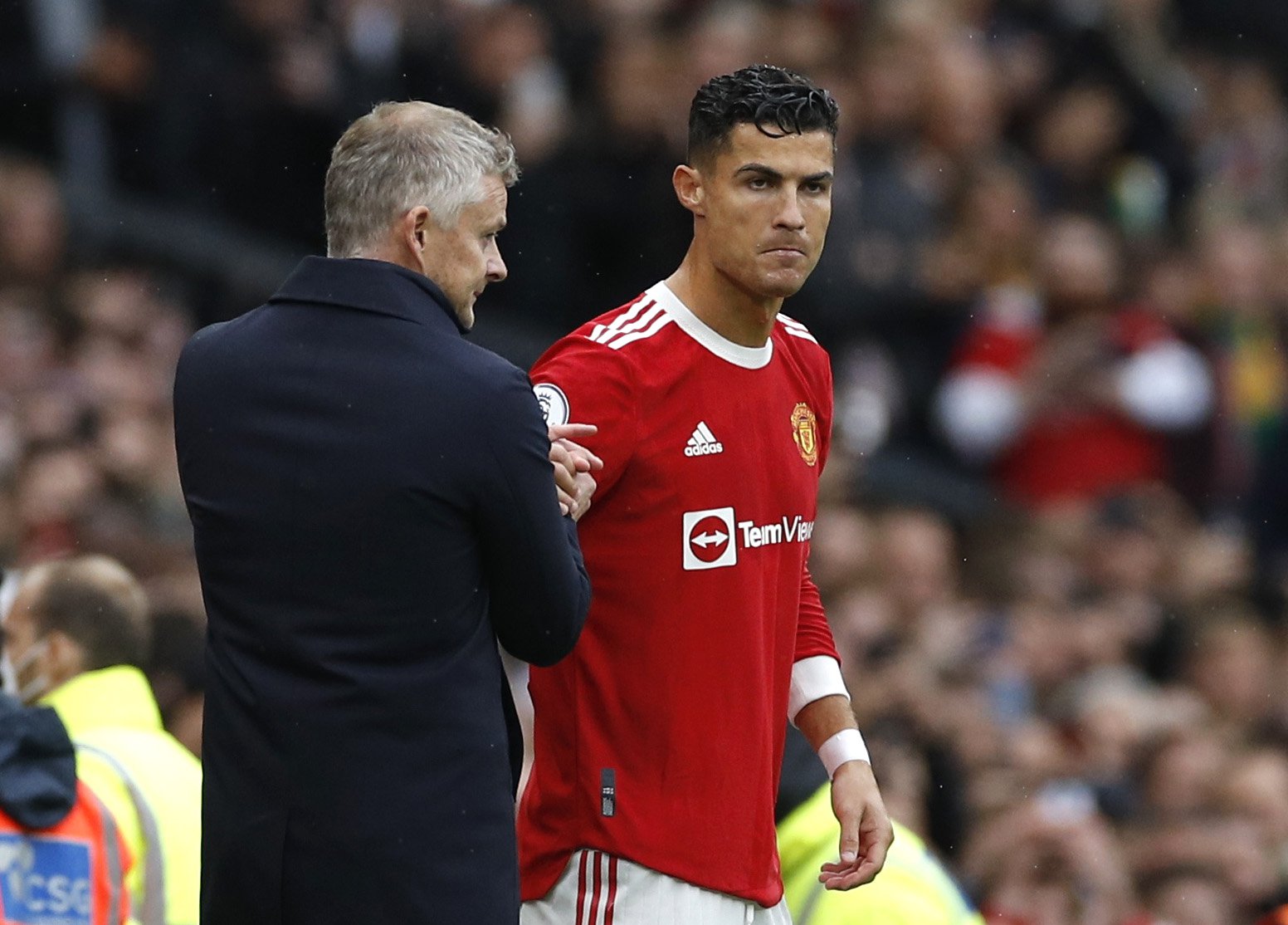 Gary Neville believes Cristiano Ronaldo will rustle some feathers in the Manchester United dressing room following the side’s defeat to Leicester City, but insists the 36-year-old wouldn’t do it ‘maliciously’.

The Red Devils were comprehensibly beaten 4-2 by the Foxes on Saturday, leaving United with two wins in their last six matches.

The pressure is building on Ole Gunnar Solskjaer, particularly as United have Liverpool, Manchester City and Tottenham to come in their next three Premier League matches.

Ronaldo hit the headlines after United’s defeat to Aston Villa before the international break as the forward stormed down the tunnel after the loss and was clearly visibly angered by the performance.

That’s led to suggestions that Ronaldo has requested a change of tactics from Solskjaer and Neville says the Portugal captan does have the capacity to disrupt the dressing room, even if it’s not ‘intentional’.

‘I don’t think Cristiano will disrupt the dressing room at all, purposely,’ Neville said on Instagram.

‘He may disrupt people naturally through the fact he wants to win and he wants to demand standards from them, but that wouldn’t be disruptive in any strong dressing room. There’s a massive imbalance in Manchester United at the moment, the team has got far too many players who want to get on the ball and not enough players who want to do both sides of the game.

‘I don’t care how good you are as a player, if you don’t get into a defensive shape with each other then you are going to get pulled apart by half decent teams and that’s what’s happening at the moment.’

United take on Atalanta on Wednesday, with the Red Devils on three points after two matches in their Champions League group.

Marcus Rashford could be handed his first start of the season after scoring off the bench against Leicester.