‘They will be sweeping stuff under the carpet. That f****** FIFA carpet must be 4,000 feet high by now!’: Neville Southall on his fears for the World Cup in Qatar, his hopes for Wales and why he once told Sir Alex Ferguson to ‘f*** off’ over the phone

Neville Southall is still making saves. Always saving, then and now, shots and people. A big man with a huge heart and it is aching. ‘A society should be judged by how it treats its most vulnerable,’ he says, and with that he worries his way to anger about how little some people seem to care.

But before he gets to those other views, he is standing at the inter-section of his two worlds, where football meets his more recent work of greater importance. He’s thinking of a place many thousands of miles from this hotel couch in Wrexham and of a tournament he never contested – the World Cup. Or more precisely, a World Cup in Qatar, where men have been worked to death by the thousand and where it is illegal to be gay. 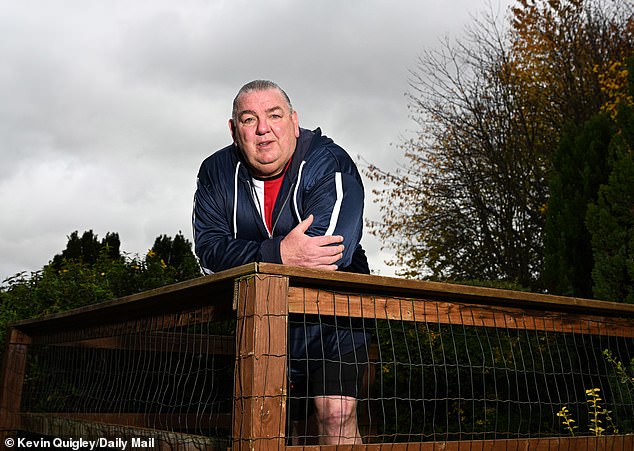 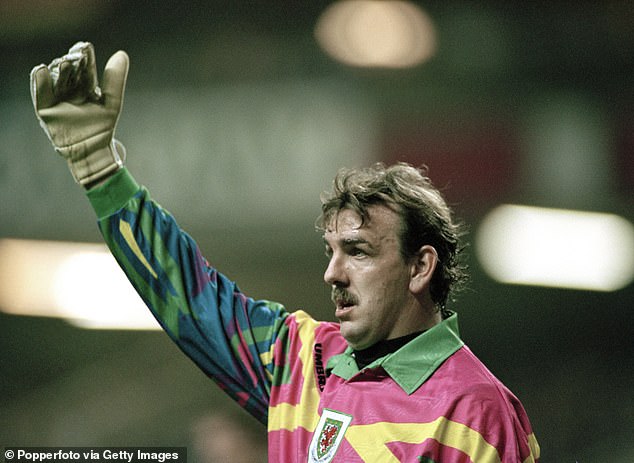 ‘What the f*** is it doing there?’ the 64-year-old asks, and his subsequent opinions will swirl and collide like grains of sand in a desert storm. They are the thoughts of a goalkeeper once the world’s best and the unvarnished assessments of a man who ranks among the most compelling and empathetic thinkers ever to pass through British sport.

‘If FIFA wanted to put it there, why couldn’t they insure the migrant workers?’ he says. ‘Why can’t they take a big pot of that money from advertising in water breaks or whatever and start compensating people and looking after their families?

‘Can someone please show me FIFA’s criteria for how the hosting of a World Cup is decided. Anyone. If it means going to a country where it has cost lives for our entertainment then what are we doing? It is wrong. But it will all be swept under the carpet, same as always.

‘A few years back when I was in charge of Wales Under 19s, we went to play somewhere, Slovakia I think. One of the lads says he was called the n-word and so I report it to the UEFA official. Swept under the carpet. Another time, we were in Minsk. There were prostitutes coming into the hotel and the officials were with them on the top floor. They should have gone to a different hotel. But it goes under the carpet.

‘You watch the World Cup in Qatar. They will be sweeping stuff under the carpet. That f****** FIFA carpet must be 4,000 feet high by now.’ 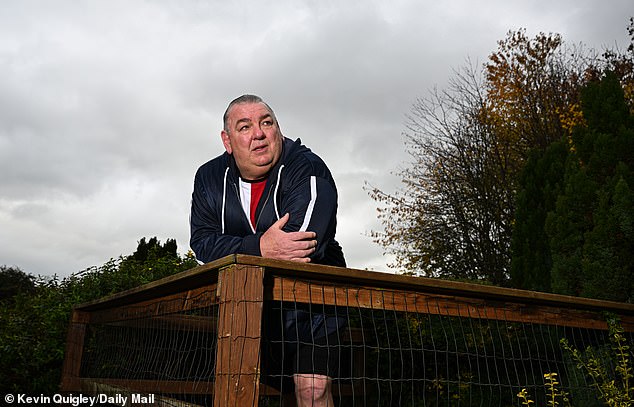 He turns up his huge hands. He knows an obvious question is coming. It’s whether he, one of the finest to never appear at a major international tournament, would play in Qatar if involved today.

‘No,’ he says. ‘But that is now, not then. If I was as f****** stupid as I used to be, when we had only four channels and teletext, I would have gone. But if I knew what I know now, how could I go? I am the patron of the Rainbow Toffees.

‘You know, I spoke to someone from an LGBT supporters’ group and he said they called nine hotels before they found one where two men could even share a room. This whole thing is tainted.’

From a sporting icon whose second chapter has been dedicated to those in need, they are words worth listening to.

Southall was up some time before 6am on the day we meet. It’s been like that most mornings since he left football in 2009 and will be for a while yet in a routine that often has him driving upwards of 600 miles a week. ‘You retire when you die,’ he says. ‘I have too much to do.’

Under one of his hats, that means serving as a union rep for UNISON and going into care homes. Under others, he has spent a decade lending his Twitter account to sex workers, members of the LGBTQ community, and experts in disability, crime and mental health.

There’s also been work in special needs schools, projects with asylum seekers and recently he completed a third course in suicide prevention so he can operate as a first-responder on a hotline. All told, he is one of the good guys.

‘I lived in a bubble so long in football,’ he says. ‘When I grew up people didn’t speak about gay issues, trans issues, whatever. There is a lot going on in the world and what the f*** are the politicians wanting to do about it? 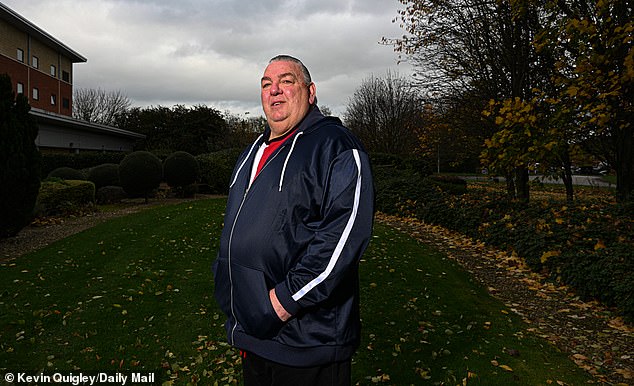 ‘When I talk about Qatar and other places, you have to keep that in mind – look at the problems in our own country. Boris Johnson. How the f*** did he get to be Prime Minister? How did we get so divided? I just want to help where I can.’

He keeps an eye out on the football, but it’s not an obsession. Not as it was across one of the great careers in which he won so much, from two league titles to two FA Cups and the Cup-Winners’ Cup during 17 years at Everton.

He was always a little different, even then, the teetotaller in a boozy era who was depicted as a bit of a loner. To Southall, keeping balls out of nets was about all that mattered.

The proximity of the World Cup makes a timely reminder of what he didn’t achieve, given he was part of a generation of Welsh players who repeatedly came close to qualifying for a major tournament only to fall short.

They were nine minutes from the 1984 Euros, an iffy Scottish penalty away from Mexico ’86, and with USA ’94 in their grip Paul Bodin hit the bar against Romania from the spot.

‘The Romania one was my fault,’ Southall says. ‘We lost 2-1 and I pretty much threw the first one in from a shot by Gheorghe Hagi. But no one talks about that, only the pen, so thanks Paul.

‘The Scotland one hurt (ahead of Mexico ’86). They gave that pen against David Phillips for handball. You remember them and they all stung like hell but it doesn’t bother me now. You have to look at the bigger picture. That game with Scotland was when Jock Stein collapsed and died. I remember it clearly. Him collapsing was perspective. 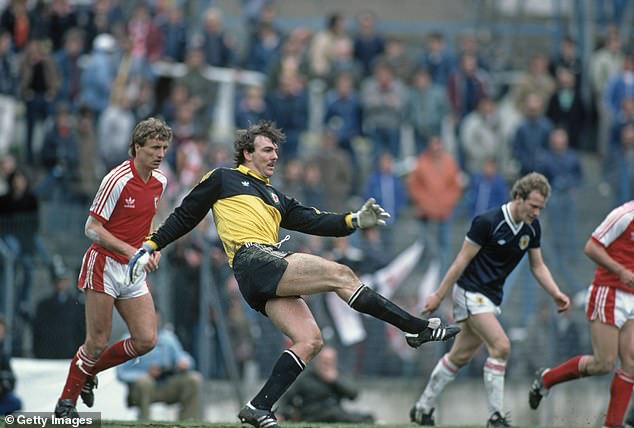 Southall (seen in 1983) never made it to a World Cup as a player, something that still ‘stings’

‘Against Romania, one of our fans died in the crowd. What is football compared to losing a life? But look, it is great to see the lads get to the World Cup (Wales’s first since 1958). Maybe we played a part as a stepping stone.

‘We had a good group but we didn’t have a Gazza or Souness. Our game for a while was basically defend like f***, Barry Horne or Mark Hughes would take turns kicking their best player, and Ian Rush would get one chance and score. Rushie was the best I played with or against – ridiculous how underrated he was.

‘From those near-misses you had the Bobby Gould time and it got more professional. It grew with Mark Hughes before John Toshack came in. He started playing the kids and I thought he was a f****** idiot, but picking those kids is why we are where we are. Gary Speed and Chris Coleman built on it and now Rob Page has a team in the World Cup. Good on them.’

Southall’s club career left less scope for dwelling on the what-ifs, beyond the consequences of the European ban imposed on English sides following the Heysel disaster. That never rested well with him, though he is more comfortable reflecting on the fall-out of an episode from 1990, when he sat against the post at half-time, with Everton two down against Leeds in their season-opener.

The consequence went deeper than a club suspension, as it transpires Sir Alex Ferguson had been interested in bringing Southall to Manchester United. ‘He had called me for a chat and I thought it was someone messing around so I went, “f*** off”,’ Southall says.

‘I told him to speak to my agent but it didn’t go anywhere. Les Sealey (the former United keeper) tells me it was because he didn’t like the thing with the post. I’m fine with it.’ 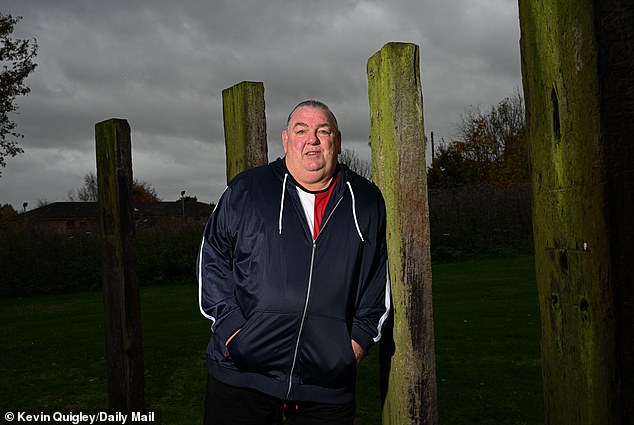 Southall has reverted to his preferred mode of looking forward. He reckons Iran will be the toughest challenge in Group B for Wales in Qatar, rather than England. ‘We are great underdogs but less comfortable being favourites,’ he says.

He believes that even a partially fit Gareth Bale can take them deep into the tournament and that his Everton successor, Jordan Pickford, should remain as Gareth Southgate’s No 1. ‘I don’t mind if he throws one in against Wales,’ Southall says.

But he has broader issues on his mind. He likes the idea of player protests in Qatar, but accepts ‘you would have to play really well because if you don’t you’ll get slaughtered for not concentrating on your football’.

A further thought touches on ‘subtle ways of getting a point across’ on gay rights in someone else’s country. One suggestion is a team inviting a gay ‘figurehead’ to join their travelling party, as a means of showing ‘this is how we treat people’.

From there, the tangents come thick and fast, bouncing between food banks, nuclear threats and the under-appreciation of nurses. He is fascinating on all of it, a passionate man with so much to give, but after nearly an hour and a half he has to get to another appointment. He always could fit a lot of good into 90 minutes. 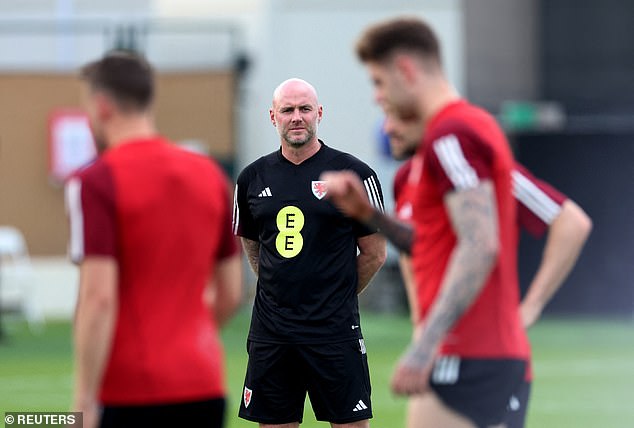 Wales will be led by manager Robert Page as they take on England, Iran and USA in Group B