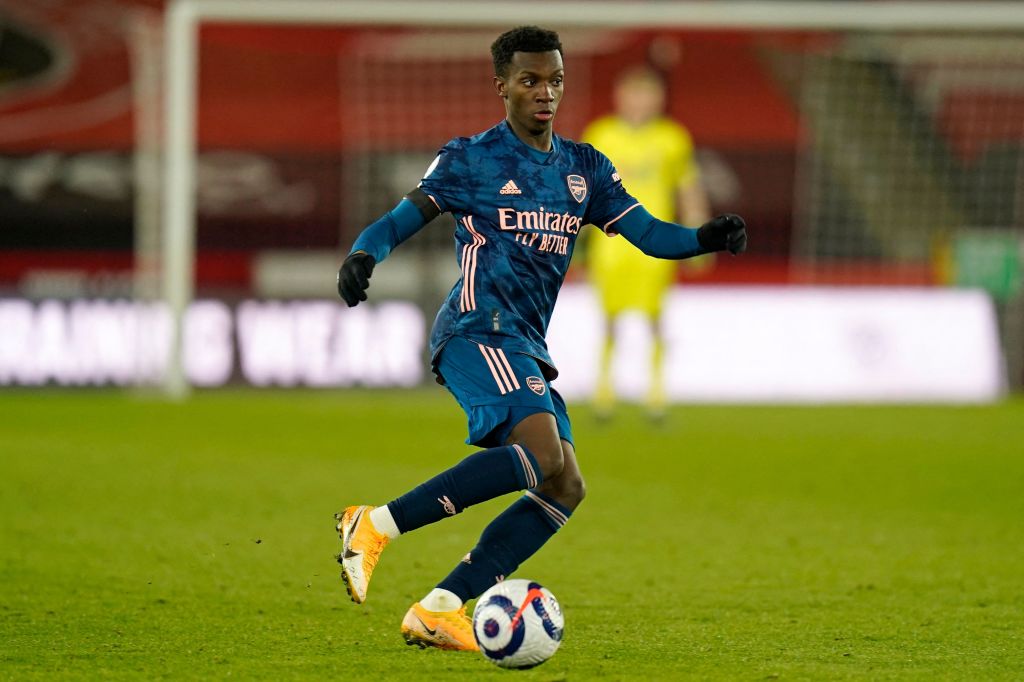 Patrick Vieira wants to sign Eddie Nketiah from his old club Arsenal, with the striker said to be available for £20million, according to reports.

The Sun report that the 45-year-old is keen on recruiting Nketiah, who has struggled to establish himself as a first-team regular at the Emirates.

Nketiah, the Gunners academy graduate, has been prolific at youth level for Arsenal and England, but hasn’t been able to get ahead of Pierre-Emerick Aubameyang or Alexandre Lacazette in the pecking order of strikers at the north London club.

The 22-year-old’s contract expires next summer, and The Sun claim he would be obtainable for a fee of £20m.

Vieira is also eyeing a move for a player from another of his former clubs – Kasper Dolberg of Nice.

The forward caught the eye for Denmark in their run to the Euro 2020 semi-finals, scoring three goals in four matches.

Arsenal boss Mikel Arteta said: ‘We welcome Nuno to the club. He is a young player with great promise who has developed very well with Benfica in recent seasons and has also shown his quality by being part of Portugal Under-21s.

‘Nuno’s arrival will give the squad extra strength and options in defence, particularly with this energy on the left side of the pitch.

‘We look forward to Nuno’s arrival soon, his integration into the Arsenal family and playing in front of our fantastic supporters.’