The Brazilian’s was the only goal of the game – and his second in as many games – and came after latching on to a loose pass on the edge of the Real penalty box, before unleashing a precise strike.

In a city that is no stranger to spectacle, Barca produced a performance to match the stage to defeat Real and although it was pre-season friendly, it was a Real side featuring the likes of Vinicius, Eden Hazard and David Alaba. 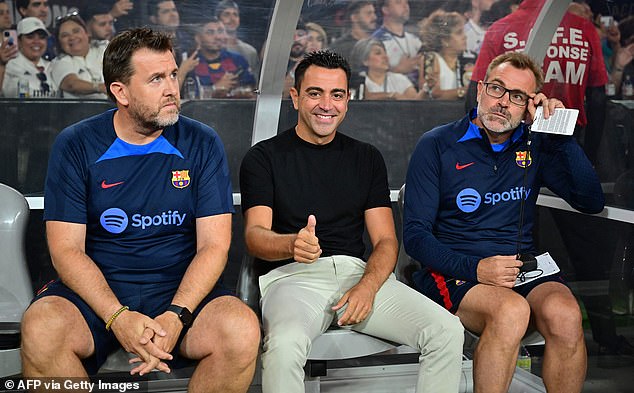 And Raphinha was not the only recent Barca arrival starting the game. Former Bayern Munich talisman Robert Lewandowski made his first appearance for his new club, and would have found himself on the scoresheet immediately were it not for a good Thibaut Courtois save. 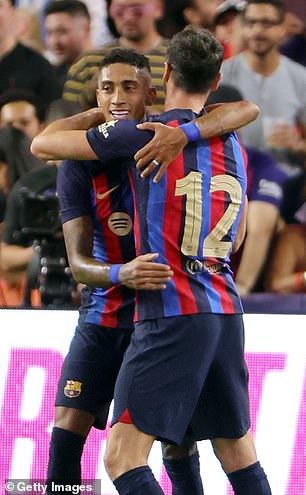 Whilst on paper the statistics would say this was a fairly even game, with an almost even share of possession, both sides surpassing 500 passes and both sides having plenty of shots, Los Blancos failed to trouble the Barca goal once.

Despite Federico Valverde hitting the post in the 18th minute, Real failed to land a single shot on target, whilst Barca managed six in the game.

It may not have been a competitive match but it still had the fire one would expect of a Classico, and a fight broke out on the stroke of half-time following a late challenge from veteran Blaugrana left-back Jordi Alba.

Both sides made wholesale changes throughout the match, with Barca make 11 in total, while Real’s only player to last the full 90 minutes was Belgian ‘keeper Courtois, who was almost singlehandedly keeping his side in the game.

Sergino Dest could have doubled the Catalan giants’ ascendancy late on, but his blasted shot was tipped over the bar by Courtois, once again rescuing his side.

Carlo Ancelotti will have been disappointed with his European champions, but will know that his side are capable of better, with legendary duo Luka Modric and Toni Kroos starting on the bench, and Mexican side Club America will present him with a chance to put the El Classico defeat to rest. 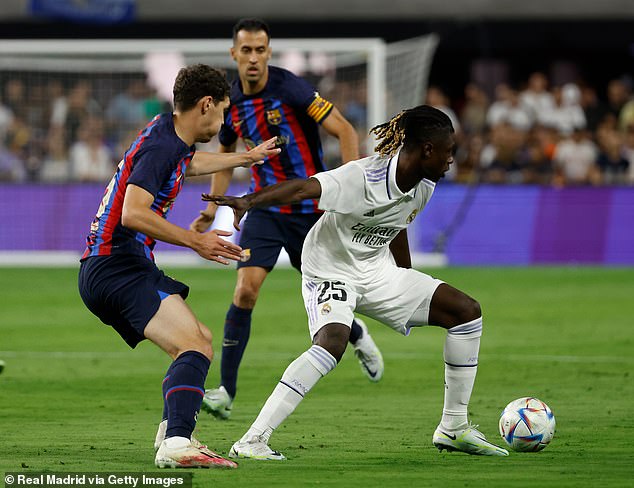 Xavi has now beaten his bitterest of rivals twice on the bounce, after beating Los Blancos 4-0 at the Bernabeu in March, and will be hoping his side can follow up the impressive display with a win against Juventus on Wednesday in Dallas.

Xavi’s side were conspicuous for the absence of Manchester United target Frenkie de Jong in the starting 11, which was perhaps the only name keeping Los Cules from being at full strength.

And when he did enter the fray he was utilised as a centre-back, although Xavi insists that his positioning has no bearing on his future in Catalonia, and for as long as he plays for Barca, de Jong will have a role to play. 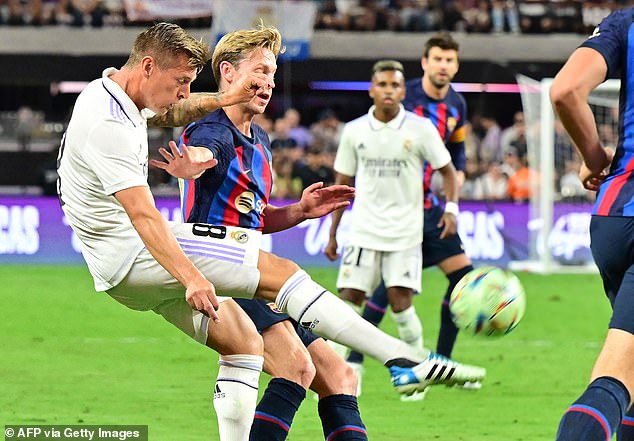 De Jong does not want to leave Barcelona but the Catalan giants need to shift him from the wage bill in order to register their new signings – which include Robert Lewandowski, Raphinha, Franck Kessie and Andreas Christensen – with LaLiga.

Barcelona has made no secret of shopping De Jong around and he has been Manchester United’s top target all summer, with club chiefs Richard Arnold and John Murtough recently spotted in the Spanish city trying to thrash out a deal.

He is also said to hold real concerns over how United function, with the player’s view said to be that it is run ‘erratically’ by management.

Trippier is loved at Atletico but they will allow Newcastle move