England pair Nick Pope and Kieran Trippier might well have been preparing for a World Cup final amid the sunshine of Qatar this weekend, had Harry Kane taken a penalty like Newcastle’s Chris Wood during this 2-1 victory over Real Vallecano.

Instead, it was the frost of Tyneside for goalkeeper Pope and defender Trippier, returning earlier than expected from their international exertions to feature in a final friendly ahead of the return to competitive action next week.

And Eddie Howe’s side picked up where they left off before the break with a win against their La Liga opponents thanks to a Sean Longstaff opener and Wood’s second-half spot-kick, dispatched high and beneath the crossbar, unlike Kane versus France seven days earlier. 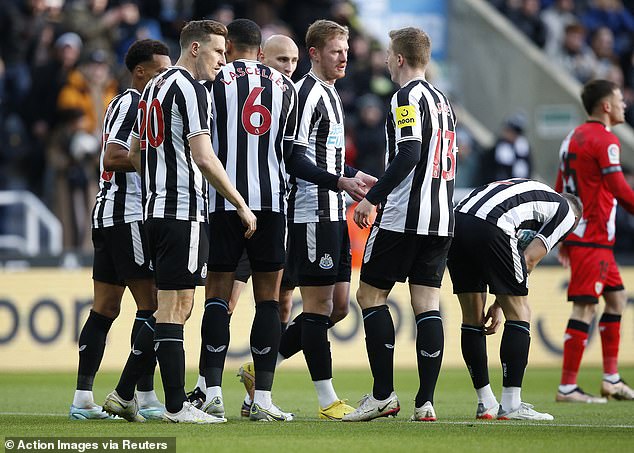 Not that Wood started in such convincing fashion. The game was barely 60 seconds old when he split the defence with a first-time pass. The problem? It was his own defence. The attempted lay-off set Raul Gomez clear but Pope showed little rustiness in flipping a goal-bound strike over the crossbar.

Within a few minutes the home side were ahead, and there was nothing goalkeeper Stole Dimitrievski could do about Longstaff’s near-post blast.

Trippier centred from the right and, when Vallecano failed to clear, Longstaff defied a narrow angle by lashing into the roof of the net. 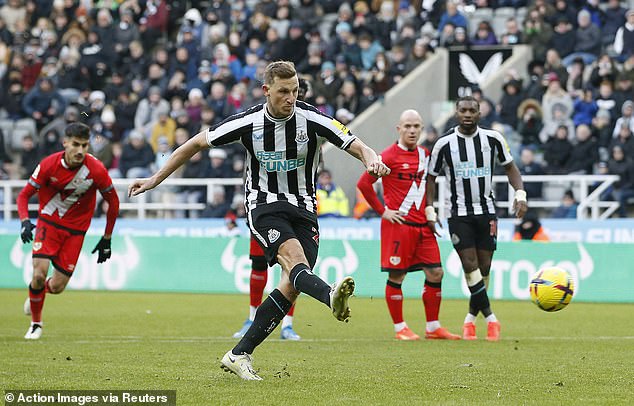 The midfielder has played his way into Howe’s side this season and should stay there after another combative display here.

Longstaff went for a repeater on 11 minutes but, this time, his low shot from the same patch of grass was blocked inside the goalmouth.

Newcastle were dominant in the first half but perhaps the most pleasing sight for Howe would have been one passage in which Allan Saint-Maximin hunted down a forward-running opponent and slid to toe away for a throw-in. Now there is something that would not have happened a year ago. 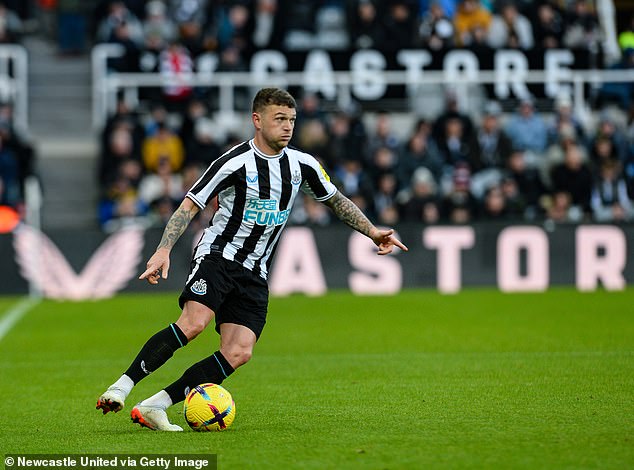 The Magpies had their second on 68 minutes when Jacob Murphy was tripped in the area and Wood converted.

The New Zealand striker is likely to start when Bournemouth visit St James’ Park in the Carabao Cup on Tuesday, given England’s Callum Wilson was not in the squad for this game.

Vallecano got a goal back 15 minutes from time, although it had more to do with Matt Targett getting himself in a muddle and bundling into his own net when attempting to intercept a near-post cross.

What next for Leicester after FA Cup victory sparks overwhelming emotions?