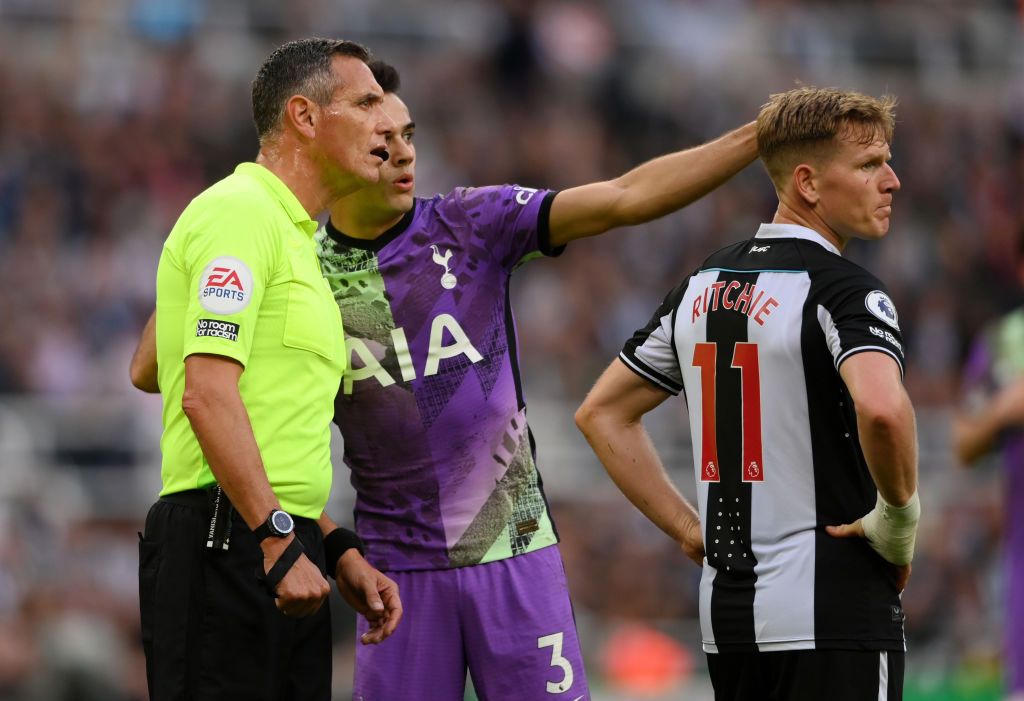 Newcastle have confirmed the fan who collapsed during their 3-2 defeat to Tottenham is ‘stable and responsive’, while also thanking nearby supporters and on-site medical staff for their quick response at St James’ Park.

There were distressing scenes in the 40th minute of the Premier League clash as Sergio Reguilon made referee Andre Marriner aware that an individual was receiving CPR in the East Stand of the ground.

TV pictures showed Newcastle’s club doctor, Paul Catterson, sprinting across the pitch with a defibrillator and the first half was temporarily suspended while visitors Spurs held a 2-1 lead.

Applause echoed around the stadium as the supporter in question was carried away from the scene and taken to Newcastle’s Royal Victoria Infirmary hospital where he was brought to a stable condition.

‘Newcastle United can confirm that a supporter who required emergency medical treatment during the club’s Premier League fixture with Tottenham Hotspur at St. James’ Park on Sunday is stable and responsive in hospital,’ a statement on the club’s website read.

‘The match was temporarily suspended during the incident, which occurred during the first half, and the supporter was awake and able to converse upon being transported to hospital.

‘The club would like to thank fans for their swift actions in raising the alarm and praise those who provided immediate chest compressions, as well as thanking the on-site medical professionals who swiftly administered emergency treatment using a defibrillator located close to the incident.

‘Our best wishes go to the supporter and their loved ones and we hope for a swift and full recovery.’

Speaking to Sky Sports shortly after the final whistle, Spurs full-back Reguilon revealed that he immediately encouraged Marriner to pause the game when he spotted the fan being given CPR.

‘I saw one guy lying down and one man was doing like this (chest compressions). I was very nervous,’ the Spaniard said.

Tottenham and England striker Harry Kane added: ‘First and foremost, we want to obviously send our best wishes to the guy in the stands.

‘Obviously, it was not a good sight to see and we’re hearing that he might be stable now so we’re thankful to the emergency teams and the fans that were doing the CPR.

‘Hopefully he’s okay and we wish him all the best, from all the players and Tottenham.’

Tanguy Ndombele, Kane and Son Heung-min were all the scoresheet for Tottenham on Sunday afternoon and the result saw them move up to fifth in the Premier League table.

Winless Newcastle, meanwhile, remain second-bottom of the division with speculation mounting over Steve Bruce’s future in the wake of the club’s Saudi-backed takeover.