Eddie Howe had been keen to add a goalkeeper to his squad following the ankle injury suffered by the club’s usual second choice behind Nick Pope.

Karius, who was a free agent having been let go by Liverpool this summer, joins the Magpies on a short-term deal until January with an option to extend until the end of the season. 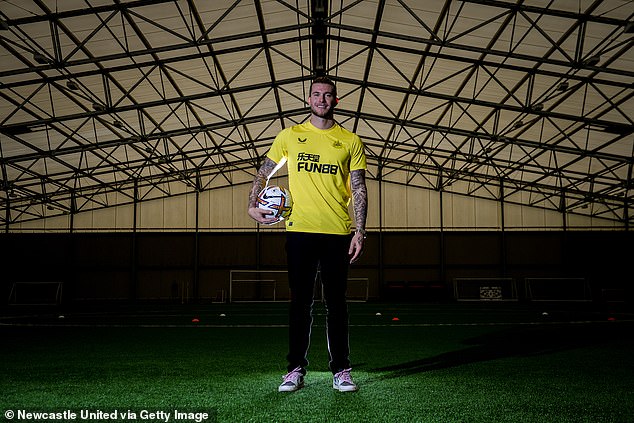 Speaking upon completion of the move, Howe credited Karius’s European experience with being a factor in bringing him to the club.

‘We are pleased to add Loris to our goalkeeping group,’ he said.

‘He is a very good goalkeeper with Premier League and European experience and he will provide competition and support over an important part of the season.’ 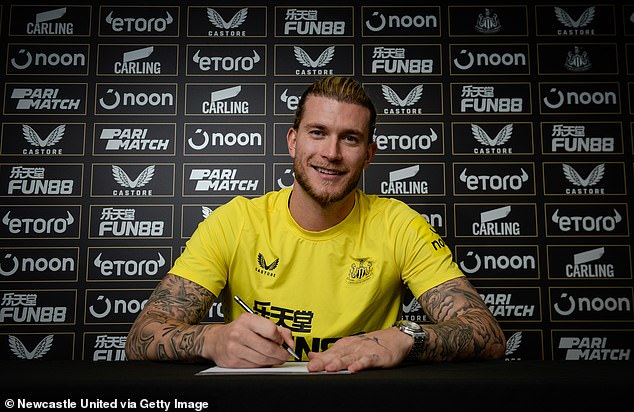 Meanwhile, Karius himself, who has previously spent loan spells at Besiktas and Union Berlin, said he was ‘excited’ to join Newcastle.

‘I’m excited. It’s a good opportunity for me and a great project to be part of. It didn’t take me long to make a decision,’ he said.

He added: ‘Newcastle have a great coach and play really attractive football. I felt it was the right project for me and I’m excited to work with the coaches and my new teammates.’ 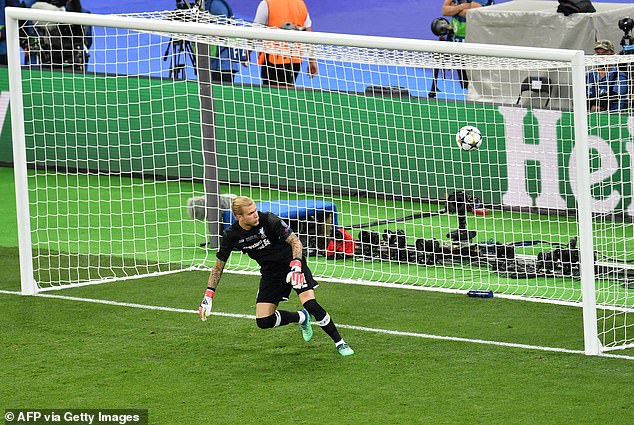 The goalkeeper is notable for his performance in the 2018 Champions League final when his two errors were influential in Liverpool gifting the European Cup to Real Madrid.

With the game finely poised at 0-0 early in the second half, the German dallied on the ball allowing Karim Benzema to close him down and score a freak goal.

Sadio Mane’s equaliser only four minutes later allowed Liverpool immediately back into the game but, unfortunately for the German, Gareth Bale scored a spectacular acrobatic effort to put Madrid back into the lead. 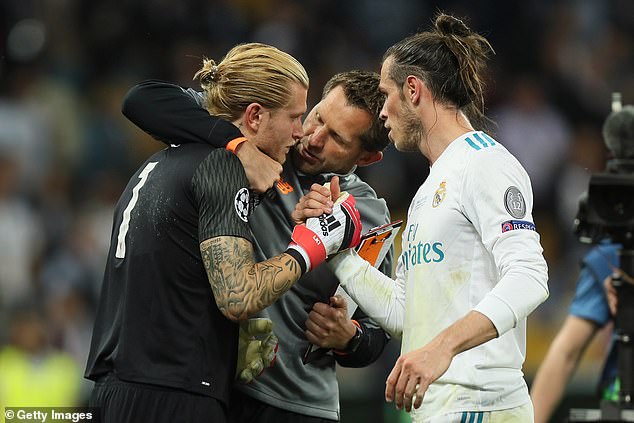 With Liverpool pressing for a second equaliser, Karius allowed Bale to score the game’s clinching goal with a speculative effort from distance that broke through his hands.

A clearly emotional Karius apologised to Liverpool fans after the game. It later emerged that the German was likely concussed following a challenge earlier in the game.

The former Mainz and Liverpool goalkeeper will play understudy to first choice Pope while Darlow remains on the sidelines.