Newcastle striker Joelinton insists he is not ready to cut short his time at the club after an underwhelming first season with the club.

The Magpies broke their transfer record last summer when they signed Joelinton from German side Hoffenheim for £40million.

And he made a promising start to his career with the winning goal against Tottenham in just his third game for Newcastle.

However, despite being handed regular starts by manager Steve Bruce, Joelinton went 20 games without scoring before breaking his drought in January with a goal in the FA Cup.

Prior to the season being halted in March, Joelinton took his tally for the campaign to three with another FA Cup goal but with his price tag, Newcastle can be disappointed at what they have got back in return. 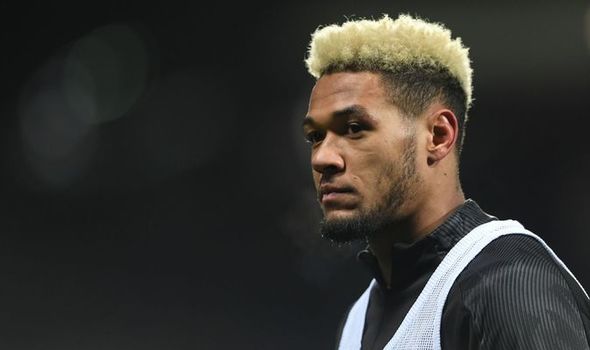 The imminent return of the Premier League gives Joelinton a chance to start again and potentially fire Newcastle into an FA Cup final.

And the 23-year-old has vowed to give his all to improve and deliver in the coveted no 9 shirt.

“I think it is still the beginning of my career with the Newcastle shirt and there is a lot to happen from now on,” he told the Chronicle.

“I will always work to make things happen in a positive way so that I can score goals, help my team win games. 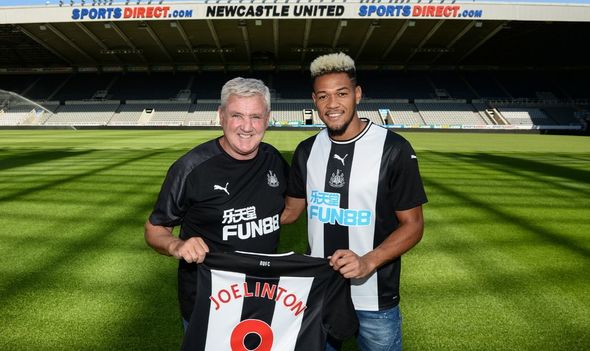 “This is a constant evolution and I believe it will be like that at Newcastle.

“I know Newcastle’s No 9 shirt is full of history and importance.

“So I arrived at the club willing to work hard and score a lot of goals to represent that shirt well.

“I know that I will be charged for this and I will dedicate myself to the maximum so that things happen in a positive way.”

With 50 goals in 84 games for Newcastle, Les Ferdinand had no problems scoring goals for the club and he thinks Joelinton’s problems are with the style of play.

Newcastle set to rival Tottenham and Arsenal for free agent

“It is part of my job to know players like Joelinton – and although we couldn’t afford him, we were aware of him,” Ferdinand told BeIN Sports.

“I know Hoffenheim’s director of football quite well and I had seen Joelinton play a few times.

“This issue he has got is that he is not the traditional No9. He is a modern-day centre forward who can play left and right, and through the centre.

“He’s a player who prefers to play left and right but when you have someone of his ilk and size, everyone expects him to be the No9.

“He would have to learn the position to be the No9 Newcastle want him to be, but I am not sure that’s how he wants to play.”