Chief scout Steve Nixon watched Fresneda when he played for Real Valladolid against Real Madrid last month and Newcastle staff are keen to snap up the 18-year-old ahead of competition from Arsenal, among others.

Fresneda’s agent Luis Bardaji was in London at the weekend and is anticipating an offer with the teenager’s buy-out clause around £8.8million. 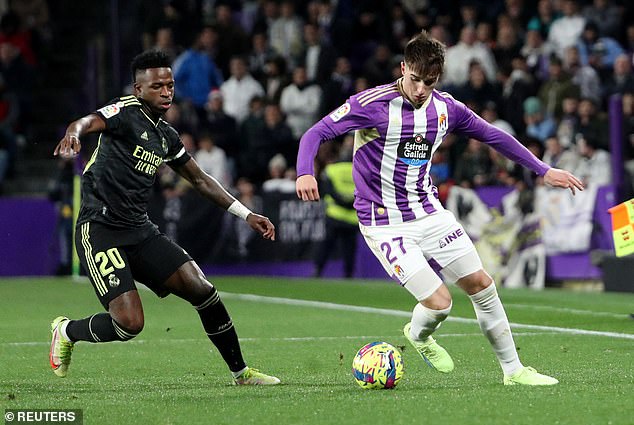 Fresneda came through Real Madrid’s academy before leaving in 2018 to join Spanish side Leganes, before linking up with Valladolid two years later.

The 18-year-old made his LaLiga debut in September in a 2-1 loss to Girona, and he has so far made 10 appearances for Valladolid’s senior side.

Fresneda has also made four appearances for Spain’s Under-19s side. 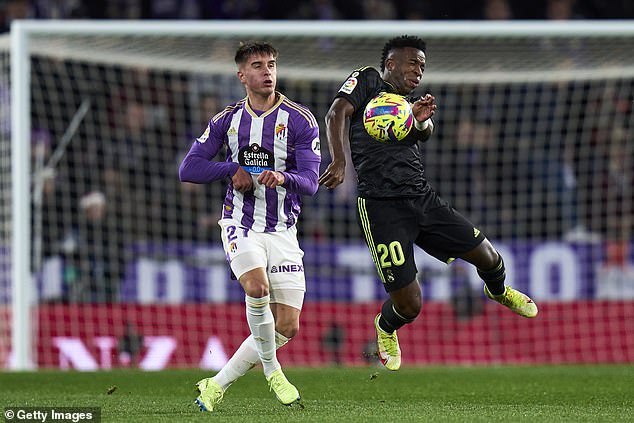 The 18-year-old is also being monitored by other European clubs, including Arsenal

Last week, Valladolid boss Jose Rojo Martin admitted Fresneda’s time at the club could be coming to an end.

He declared: ‘I think Fresneda has few games left with the Real Valladolid shirt. He is 18 years old, but he does things that people of 30 do.

‘If I was at another club, I would go for him without hesitation, his data is brutal and you are not buying the current player, you are buying what he can become in a few years.’