Newcastle’s prospective new owners have been urged not to dismiss Steve Bruce if their takeover is finalised.

Bruce is currently back in training with his Newcastle players, gearing up for the restart of the Premier League following the enforced break due to the coronavirus pandemic.

But matters on the pitch are being overshadowed by the proposed £300million takeover led by Saudi Prince Mohamed bin Salman.

The Premier League are yet to ratify the deal, which has caused concern and uncertainty within the club.

Bruce has struggled to earn the complete backing from the Geordie faithful since taking charge in 2019 and reports suggest his job could be on the line. 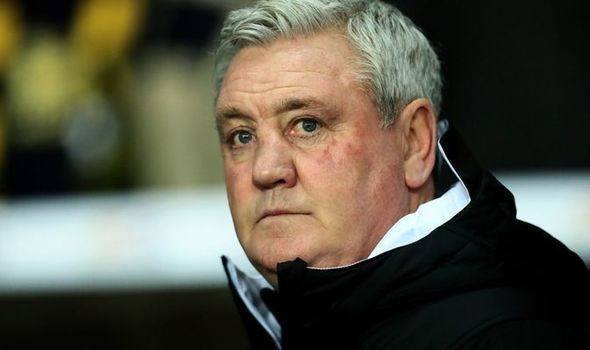 Last week, Bruce made the case for why he deserves to continue as the Newcastle boss, telling Sky Sports: “To be in a position where you’re actually challenging, and you have a good enough team as Newcastle did in 1995 and under Sir Bobby Robson as well, then it would be wonderful. I’d back myself, of course I would.

“Management, whether you’re managing in the lower division or you’re right at the top, it’s about getting the best out of what you’ve got.

“And if you can do that, I’d back myself to have a crack at it. I’d be confident that I’d be able to do it. 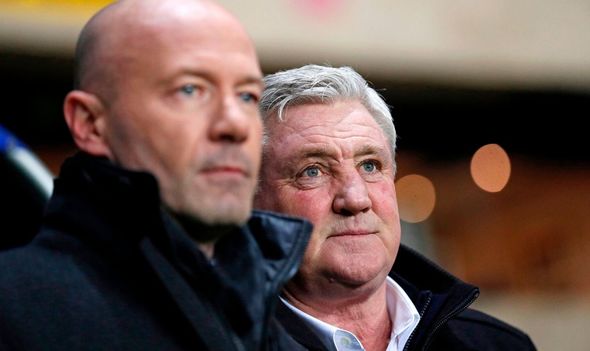 “Whether that’s ever going to be the case, who knows?”

Alan Hutton played under Bruce at Aston Villa between 2016 and 2018 and the former defender feels his old manager has been treated poorly and deserves a chance.

“I think it’s poor. He’s in the job now, he’s the Newcastle United manager at the moment,” he told Football Insider.

“In my opinion everybody at the club should be coming out and saying: ‘No, Steve Bruce is the manager’.

“I think it would be terrible, it doesn’t look good, if before he’s even been given the opportunity he gets sacked or whatever.

“I think he’s done a really good job until now under the circumstances, let’s not forget that.

“I think he deserves the chance to go and prove that he’s capable of doing a good job.

“He’s probably waited for a chance like this through his whole managerial career so why shouldn’t be given the chance to do so?”