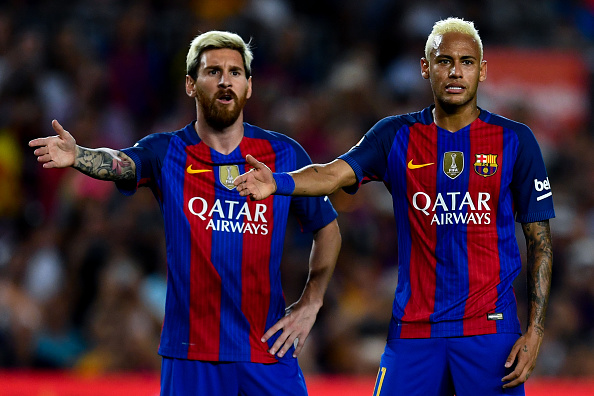 Paris Saint-Germain superstar Neymar couldn’t hide his delight at Lionel Messi’s impending move to the club, with the Brazilian welcoming his former team-mate to the French capital on Instagram.

Messi is expected in Paris on Tuesday afternoon to sign his contract with the club and it’s likely that there will be an official unveiling in the next 48 hours.

The 34-year-old’s move to the club is the end of PSG’s decade-long pursuit of the Argentina captain and Messi makes the French giants instant favourites for next season’s Champions League.

It was Neymar that shook world football in 2017 when he agreed to join the Parisians, who activated a £199.5million release clause in his contract after extensive talks with the Brazilian.

Messi’s move to Paris sees the pair reunited at last – following years of speculation that it was Neymar that wanted to return to the Camp Nou.

And the Brazilian has all but confirmed Messi’s transfer to the club by posting a ‘back together’ message to him on Instagram.

Posting on his story, Neymar posted a video of himself and Messi together during their Barcelona days.

The Brazilian tagged Messi in the post, captioned it ‘back together’ and added a red and blue heart to represent Paris Saint-Germain’s colours.

PSG teased an official confirmation of Messi’s move to the club late on Tuesday afternoon.

The Ligue 1 giants posted a video that included an Argentina shirt and six Ballon d’Ors.