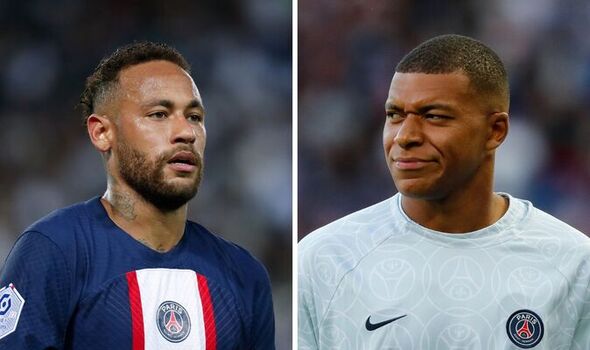 Neymar has potentially proven his feud with Kylian Mbappe to be true with recent social media activity hinting at frustrations over the Frenchman’s favoured treatment at Paris Saint-Germain. The two are titans of the dressing room, but many believe Neymar has been pushed aside after Mbappe’s record new contract at the Parc des Princes.

PSG scored five goals in their second successive Ligue 1 game on Saturday, thumping Montpellier 5-2 in Christophe Galtier’s first home game in charge. Neymar netted a brace, one from the penalty spot, while Mbappe scored a goal of his own but also missed his spot kick.

But after full-time, despite selecting Mbappe as PSG’s primary penalty taker before he missed and Neymar converted, Galtier refused to rule out the 23-year-old continuing the role. “For this match, it was the chosen order. Kylian shot first. It was logical that it was Neymar next. We will see [about the rest of the season] later,” Galtier confirmed.

After full-time eagle-eyed supporters noticed Neymar had liked two tweets throwing significant shade towards Mbappe after his penalty miss. His activity hints that there could be trouble in the water in the French capital.

The first read: “Now it’s official, Mbappe is the one who takes the penalties at PSG. Clearly, this is a contract thing because, in no club in the club that has Neymar, he would be the second taker. None! It seems like, because of his contract, Mbappe is the owner of PSG.”

The second lamented: “Today, in the PSG game, Neymar scored and HUMILIATED the goalkeeper (once again) with his penalty kick. Mbappe, on the other hand, hit VERY badly and missed. After the game, the coach said Mbappe would be the team’s main taker for the season. An absurdity!” 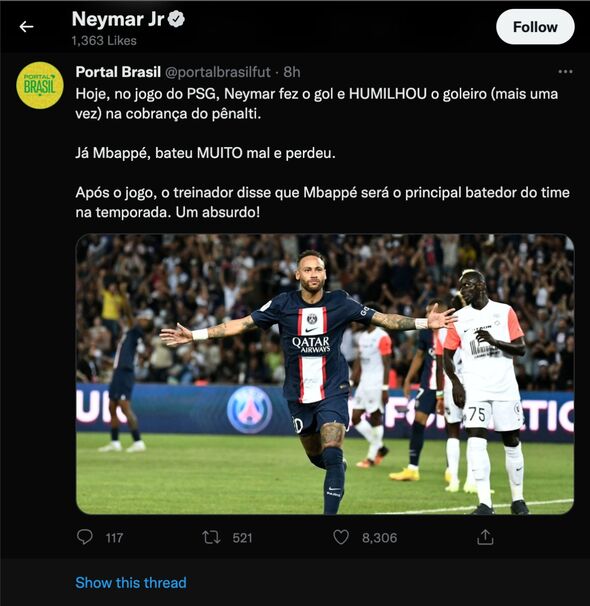 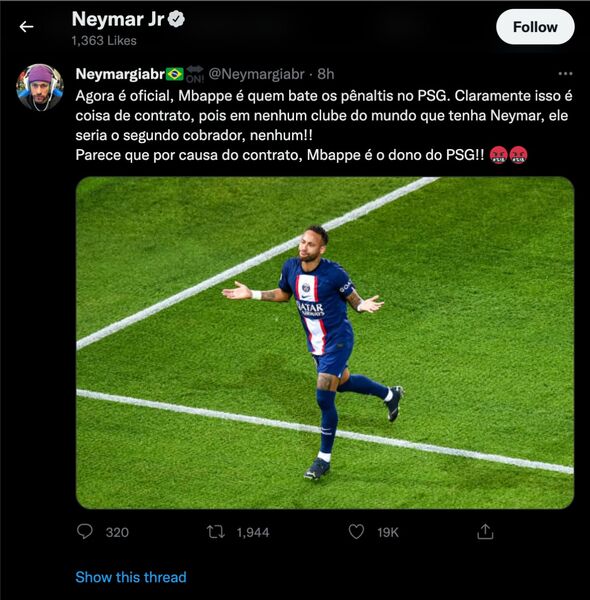 PSG ended Real Madrid’s dreams of signing Mbappe on a free transfer in May, tieing him down to a new three-year contract worth almost £1million per week, the biggest in football history. And there were concerns the size of the deal and benefits that came with it – including a say in the club’s appointments – would’ve ruffled feathers among the squad.

But Galtier will be desperate to cancel out all clashes of egos in his maiden season after replacing Mauricio Pochettino, whose sacking Mbappe is thought to have contributed to despite winning last term’s Ligue 1 title. All eyes have been on Champions League glory since PSG’s Qatari takeover, and Neymar and Mbappe will likely have to be on the same page to achieve it.