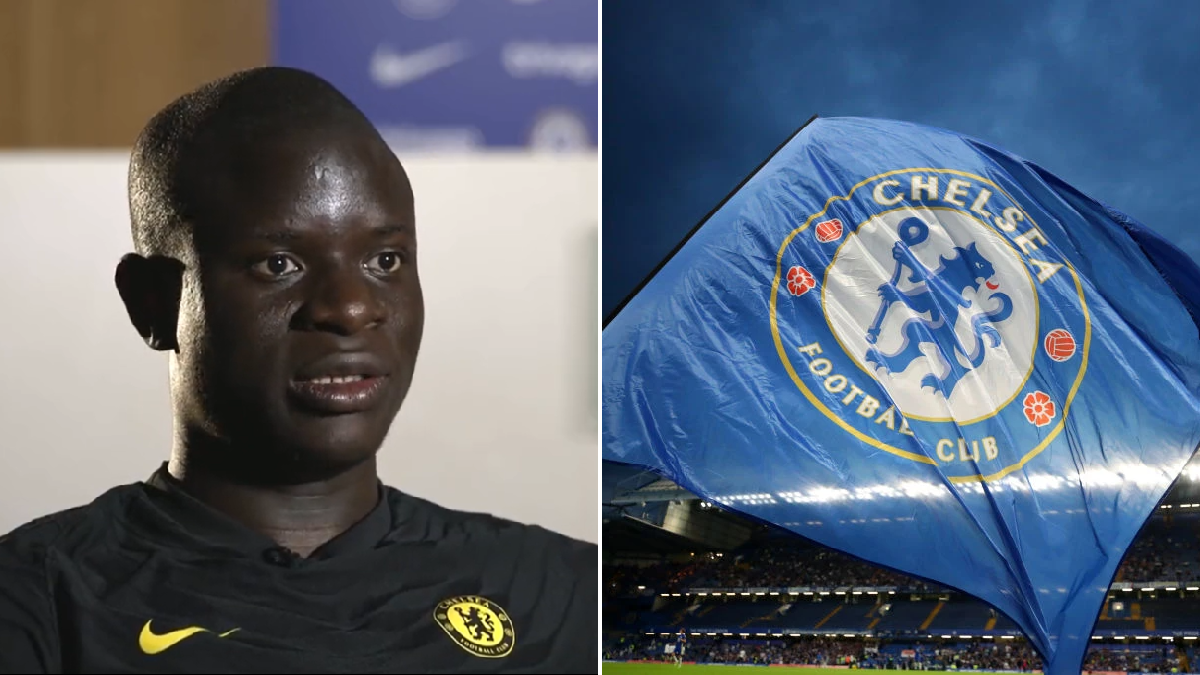 N’Golo Kante has remained coy over his future at Chelsea as he continues to be linked with a sensational move to Manchester United, insisting he will ‘think about it at the right time’.

Kante – who has won the Premier League, Champions League, Europa League, FA Cup and Club World Cup at Stamford Bridge – is set to enter the final year of his contract.

If Kante, 31, stalls over signing a contract extension at Chelsea, the club’s new owners may decide to sell him this summer in order to avoid losing him on a free transfer in 12 months’ time.

Kante insists his mind is purely on Chelsea’s final two games of the season, although he admits he will have to weigh up his future in the near future.

Thomas Tuchel’s side finish their Premier League campaign with fixtures against Leicester City on Thursday night and Watford on Sunday.

Asked about his future at Stamford Bridge, Kante told Sky Sports: ‘The only thing that is sure is that I have one more year on my contract. It’s not really my concern.

Kante came on as a substitute during the FA Cup final against Liverpool on Saturday but was unable to fire the Blues to another trophy as Jurgen Klopp’s side won 6-5 on penalties.

Tuchel’s side have only won two of their last seven games in all competitions but Kante has refused to blame the team’s poor form on the uncertainty surrounding the club.

Chelsea are about to be taken over by a private-equity funded consortium led by US investor Todd Boehly, with Roman Abramovich forced to sell after being sanctioned by the UK government.

‘For me it was not really tough because it happened so quick,’ Kante said of the ongoing chaos at Chelsea. ‘It just happened and the club has to be sold.

‘For us, we were just training and preparing for the games. For sure it was a concern but we kept our focus on the pitch as much as we can. We try our best and now we have to finish the season in the best way possible.’

Meanwhile, former Manchester United defender Paul Parker has given the Red Devils hope of securing a stunning deal for Kante this summer.

‘Kante would improve United’s midfield, one hundred per cent,’ he told indiabetting.co.in. ‘He can go and get the ball out of people without always fouling them.

‘He has won numerous medals, made it in big, big games and for him to come from Leicester to Chelsea to Manchester United would be an incredible journey.

‘Is it possible? I think you look at maybe what’s happening at Chelsea right now and it might be possible.

Chelsea will secure a third-place in the Premier League if they avoid defeat against Leicester although there will still be some disappointment in west London that Tuchel’s side failed to challenge Manchester City and Liverpool for the title.