Nigel Pearson hopes to remain in charge of Watford next season but will wait for their relegation battle to play out before discussing his own future.

The 56-year-old signed a deal until the end of the season when he took over in December, since when he has engineered a remarkable turn around in the Hornets’ fortunes.

They head to West Ham on Friday knowing a win over their fellow strugglers will all but secure another season of top-flight football, at which point a new deal for the manager might quickly move up the Vicarage Road agenda.

“We’ve got three games left and it’s important we do everything we can to pick up as many points as possible. 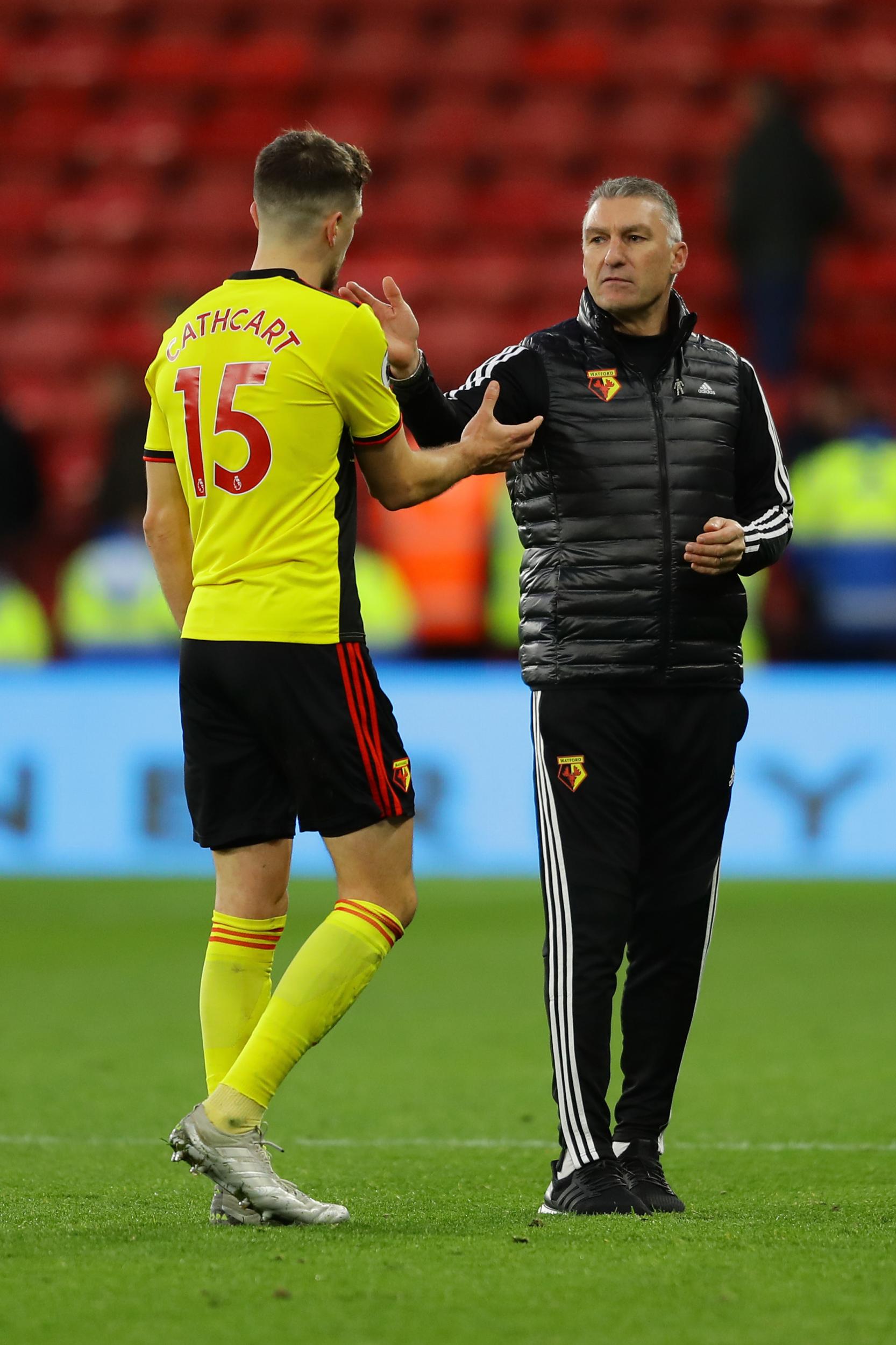 “The future is not something I feel the need to talk about. I’m very comfortable with my relationship with the club and how we’ve both dealt with the situation, so we’ll look at that when we need to but not now.

“I’m enjoying working here. I don’t always enjoy being in a tough scrape, but it’s been a good experience.”

Watford had only nine points from 16 games on the board when Pearson took over, but have taken 25 from the 19 league matches since to lift themselves out of the bottom three heading into the final fixtures.

But there is work still to do as Aston Villa and Bournemouth keep up the fight for survival and Pearson is eager to keep looking forward.

“We’ve had some good results and we’ve had some spells where we’ve played particularly well,” he said. “We’ve also had some difficult spells and you expect that in this type of scenario, but now is not the time to be reflecting.

“I’m still very much in the moment and along with everybody else trying to do what I need to do to give us the best chance of staying up.

“I’m part of a team and as a staff we try to give the players direction and confidence to go and play. It’s difficult to do but I think the players have dealt with the situation very well.

“To get to a point with three games to go where we’ve got a chance of staying up, that’s what we’ve been fighting for…We’ve got to try and see the job through now.”