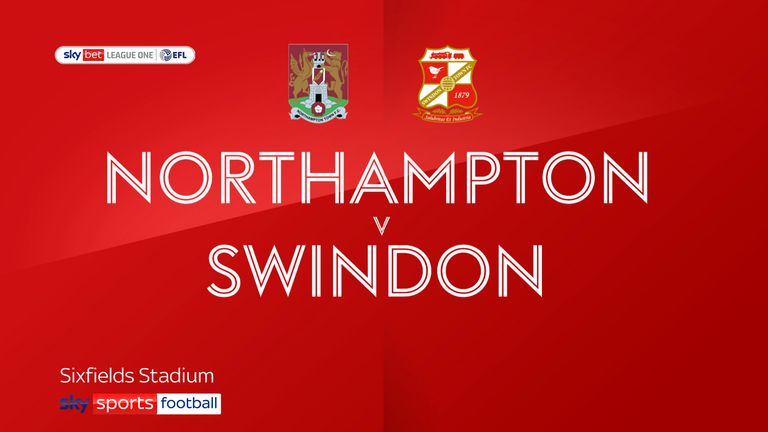 Northampton ended their four-game losing run in League One with a hard-fought 2-1 victory over Swindon.

Christopher Missilou and Danny Rose scored their first goals for the club as the hosts led 2-0 at half-time and they just about clung on despite Swindon dominating the second half.

The Cobblers were ahead after seven minutes when Nicky Adams jinked his way into the box and although his shot was saved by Matej Kovar, Missilou was perfectly placed to head home the rebound.

Jack Payne’s shot was straight at Jonathan Mitchell and Jonny Smith blazed over as Swindon sought a response, but they were further behind just shy of the half-hour mark as Missilou turned provider, chipping a ball over the top for Rose who slotted into the bottom corner.

Matthew Smith and Hallam Hope squandered good chances to halve the deficit before half-time and then Jonathan Grounds clipped the woodwork with a volley in the second half.

The Robins did eventually get one goal back through Tyler Smith’s penalty 14 minutes from time but it came too late to change the outcome.