Jonny Evans and Steven Davis will miss Northern Ireland’s friendlies against Malta and Ukraine while Conor Bradley and Sam McClelland have been handed their first senior call-ups by Ian Baraclough.

Evans, 33, has been nursing a foot injury that the defender sustained in Leicester City’s FA Cup final triumph over Chelsea earlier this month and he was not named in Brendan Rodgers’ squads for their final two Premier League games of the season.

Thirty-six-year-old captain Steven Davis meanwhile has been given a break following a long season during which he became Britain’s most-capped international male footballer and won the Scottish Premiership with Rangers.

Corry Evans has not been included in Baraclough’s team as he is without a club after being released by Blackburn Rovers and therefore the midfielder does not have injury insurance cover.

Seventeen-year-old Liverpool right-back Conor Bradley has been included for the first time. He featured for the Reds in the recent FA Youth Cup final against Aston Villa and has previously represented Northern Ireland at U17 level. Bradley captained Northern Ireland Schoolboys to the Victory Shield in 2018.

🙌 Our squad for Malta and Ukraine is in! ⤵️ #GAWA

McClelland, 19, has been a regular for Chelsea’s U23s this season, and the Coleraine-born centre-half has previously represented his country at U19 and U17 level. 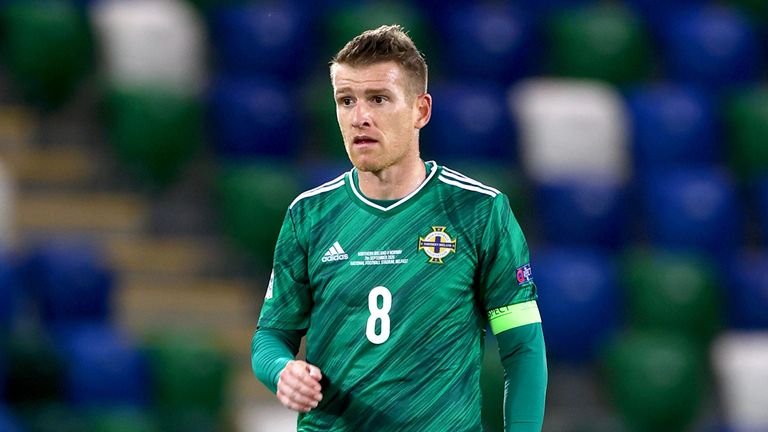 Leeds United’s player of the year and 52-time capped Stuart Dallas is likely to captain the side in the absence of experienced duo Davis and Evans.

Newcastle full-back Jamal Lewis meanwhile is out with a groin injury. The 23-year-old has featured for only six minutes of action for his club Newcastle United in the Premier League since February.

Northern Ireland will play Malta on Sunday evening in Klagenfurt, Austria before heading to Dnipro to take on Ukraine next Thursday.