Norwich 6-0 Bournemouth: Summer signings Christos Tzolis and Josh Sargent both score braces at Carrow Road as Daniel Farke’s side cruise into the third round of the Carabao Cup with a thumping win over the Cherries

Norwich cruised into the third round of the Carabao Cup with a 6-0 thrashing of Bournemouth at Carrow Road.

Three first-half goals, including an opener from £8.8million summer signing Christos Tzolis, effectively settled a tie between two virtual second string sides, with rival managers Daniel Farke and Scott Parker making a total of 18 changes between them from the weekend.

Tzolis took just 12 minutes to mark his debut for the Canaries with a goal, latching onto a pass from Kenny McLean and beating Orjan Nyland with a shot that took a big deflection. 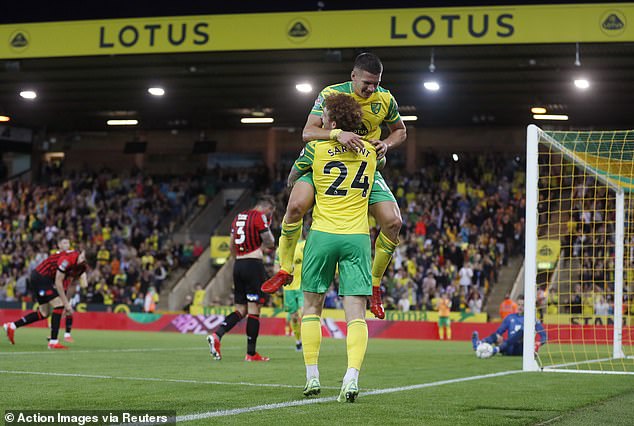 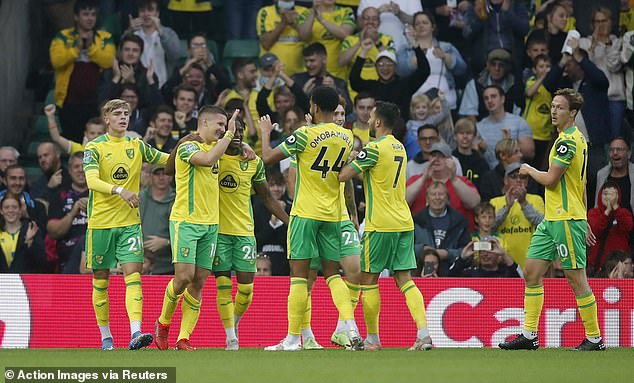 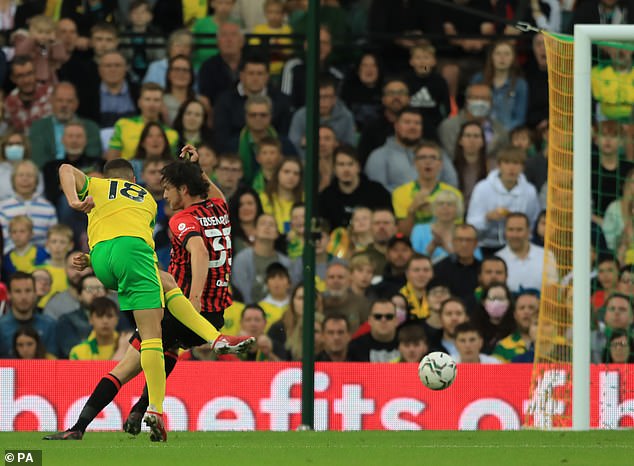 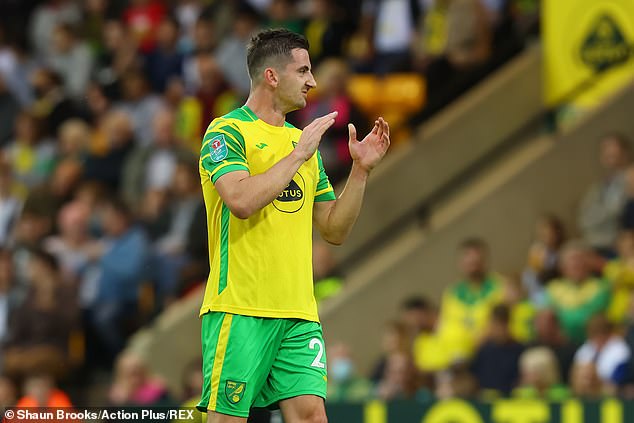 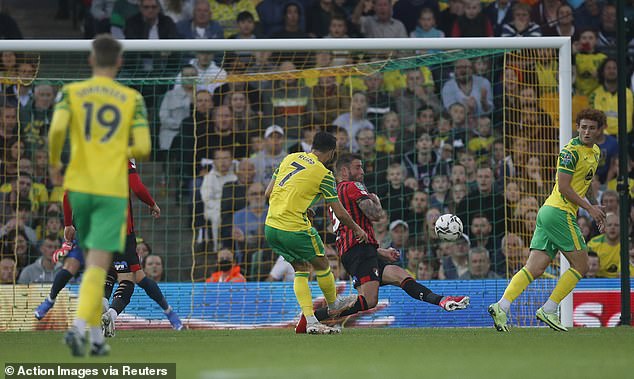 The Premier League side made it 2-0 14 minutes later and there was absolutely no luck about this one.

McLean finished off an excellent move involving Brandon Williams and Kieran Dowell with a thumping finish from just outside the box.

On-loan Manchester United defender Williams caught the eye as he linked up with fellow new boy Tzolis and another flowing move down the left in the 33rd minute ended with Lukas Rupp steering the ball home from a central area as a flat-footed Cherries defence looked on.

It was a morale boosting first-half display from the hosts after Saturday’s mauling at champions Manchester City.

It got even better after 49 minutes when American striker Josh Sargent opened his account.

Nyland did well to foil McLean after he had been put through by Dowell, but summer signing Sargent was on hand to bury the loose ball.

Things went from bad to worse for a ragged Bournemouth side as further home goals in the 66th and 74th minutes took the score to 6-0.

First Nyland’s weak clearance was blocked by Sargent who crossed for Tzolis to fire into an unguarded net and then another giveaway by the defence allowed Tzolis to dash through and square for Sargent to get his second. 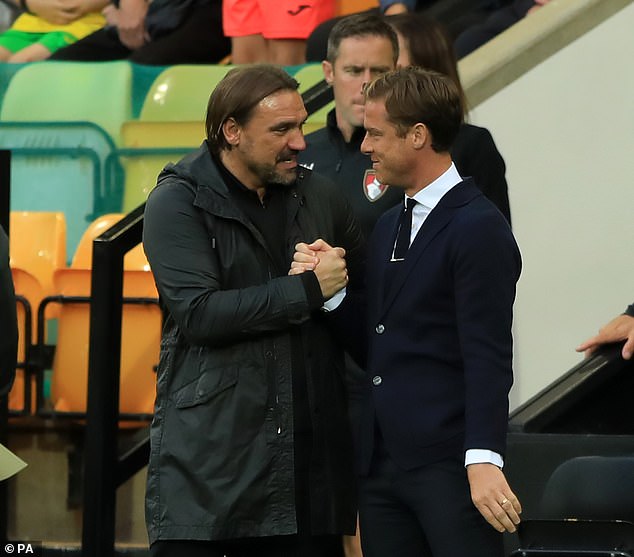 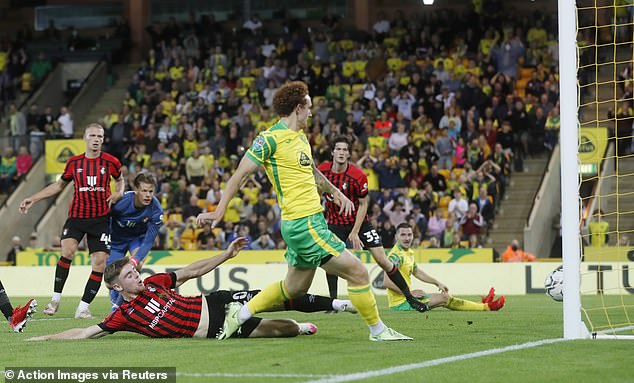 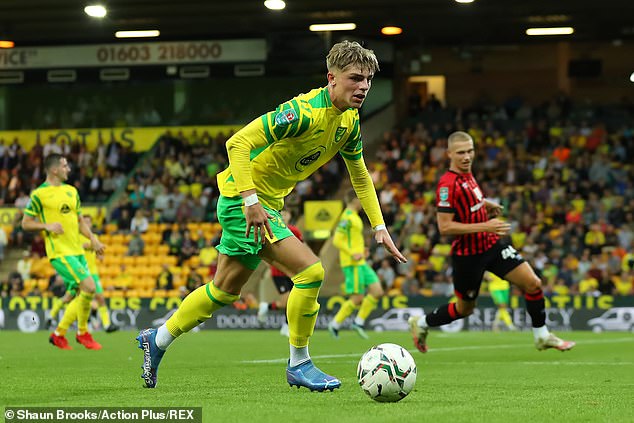 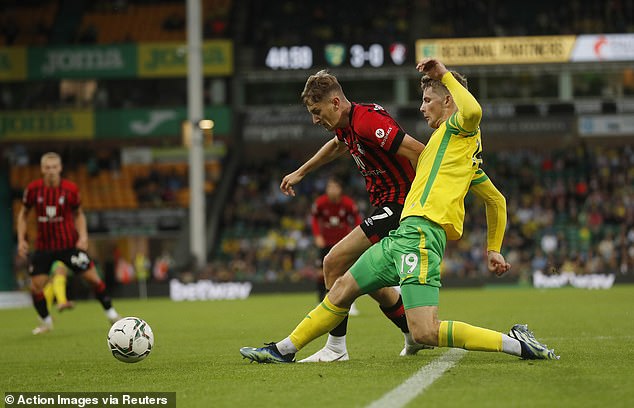 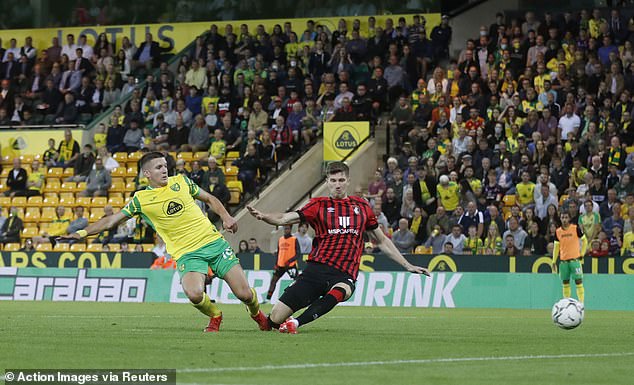 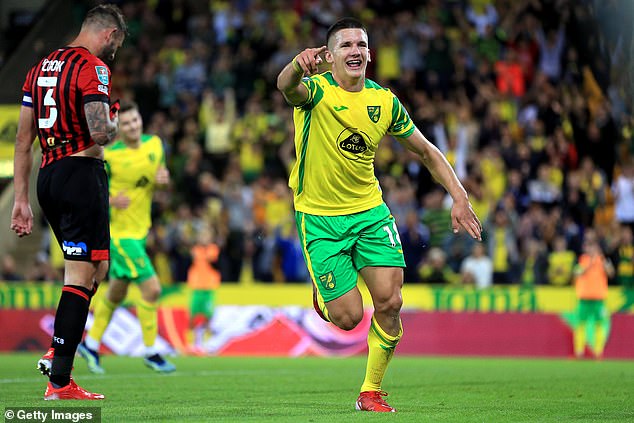 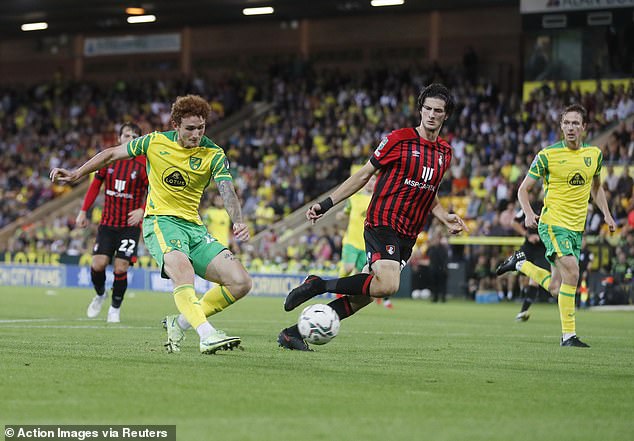