Norwich City have clinched promotion to the Premier League with five games to spare, sealing an immediate return to the top flight.

The Canaries do not play until Saturday evening, when they face Bournemouth at Carrow Road live on Sky Sports Football from 7.30pm, with kick-off at 8pm, but the failure of Brentford and Swansea to win in the lunchtime games means they have secured their passage regardless.

It has been an extremely impressive campaign from Norwich, who stuck by boss Daniel Farke following their disappointing relegation last season. They have been comfortably the best side for the majority of the Sky Bet Championship season, and have become the first team since Newcastle in 2017 to seal an immediate Premier League return via automatic promotion.

Analysis: How Norwich bounced back 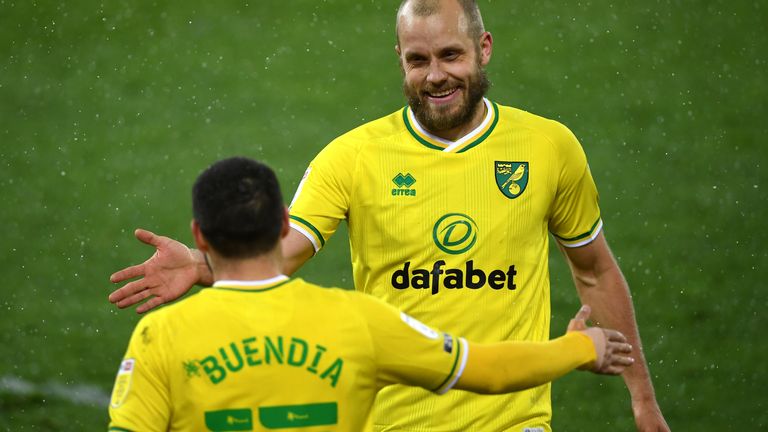 ‘It hasn’t come as a surprise but it is very impressive.’

Those were Daniel Farke’s words on the success his side have conjured up this season. They have dominated the Championship and, in the end, cruised to promotion. Behind the scenes, this was part of the plan. But even the eternal optimists didn’t predict a campaign as successful as this.

Last summer, as Todd Cantwell was pictured sobbing on the turf of Carrow Road, City had lost 10 consecutive top-flight games. Their season had swirled down the plughole in a painful and dejecting fashion.

Many feared a hangover. Many feared Farke wouldn’t be able to reproduce the brand of football that captured supporter’s hearts two years ago.

With candid words and savvy recruitment, City began to play with freedom. They retained the swashbuckling Max Aarons and the wizardry of Emi Buendia. They convinced the prolific Teemu Pukki to stick around.

This hasn’t been easy. 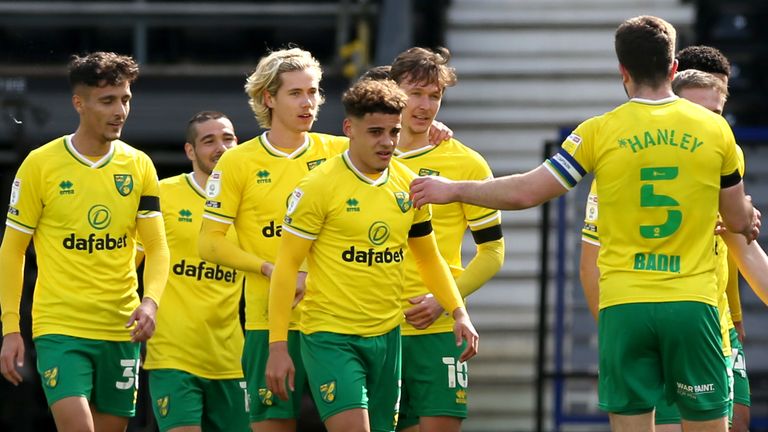 There were just six weeks between the end of a horrible Premier League campaign and the beginning of the new season. Given Farke’s style relies so heavily on the implicit trust of his squad, to construct one of the best teams this division has ever seen is no mean feat. Farke lifted his team to produce football the division has seldom seen before.

There has been a defensive base. Ben Gibson injected real quality into the backline before the injury last month that ended his season.

Oliver Skipp has been the heartbeat. He’s resembled a terrier in the heart of the Canaries’ midfield. The only real shame is that a full Carrow Road has been absent throughout.

Will this time be different? Can they prove self-sustainability works at the top table of English football? There are so many questions yet to be answered, but right now both Norwich and Farke will allow themselves to enjoy the moment.

Fan view: What promotion to the Premier League (again) means… In a season with no fans to share the joy that promotion to the Premier League brings, perhaps it is fitting that Norwich City go up. Let’s face it, we have been here before. In fact, we stand on the precipice of becoming the team to do it more than any other. We’ve achieved it every which-way-and-how, each time a wonder.

Winning the Championship just two seasons ago means the emotions of such success, and being able to share them together, are happily still very fresh. It’s a little like having déjà vu. And although we long to be a part of it all again, perhaps it has made watching this season’s successes from afar easier to bear. 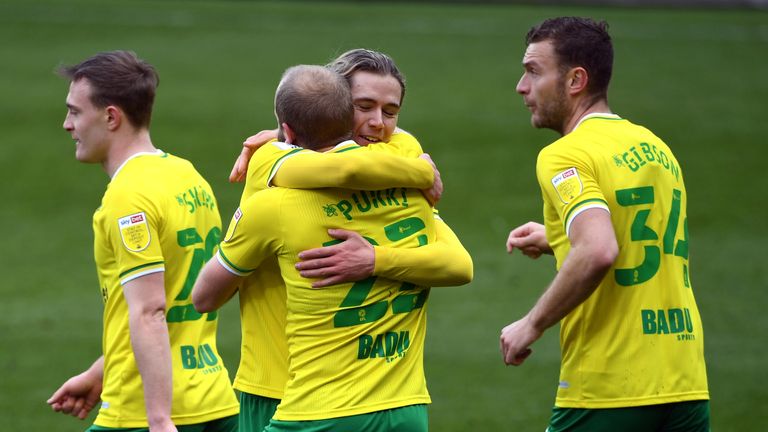 Promotion was very much part of the plan, which brought a different pressure. We feel vindicated that we stuck with Daniel Farke and didn’t veer from our path. The board communicated clearly with the fans what the long game was and we all bought into it. This success is a united effort, even though we are apart.

So we seem destined for the Premier League once again. I can’t say I’m looking forward to it after recent experience but, with more money and knowledge in the bank, we’re cautiously optimistic that things will be different this time.

There is a lot to love about the Championship. But it’s time for Norwich to throw away the yo-yo and give the Premier League a good crack.

Saying that. Probably see you all back in The Championship next year then…